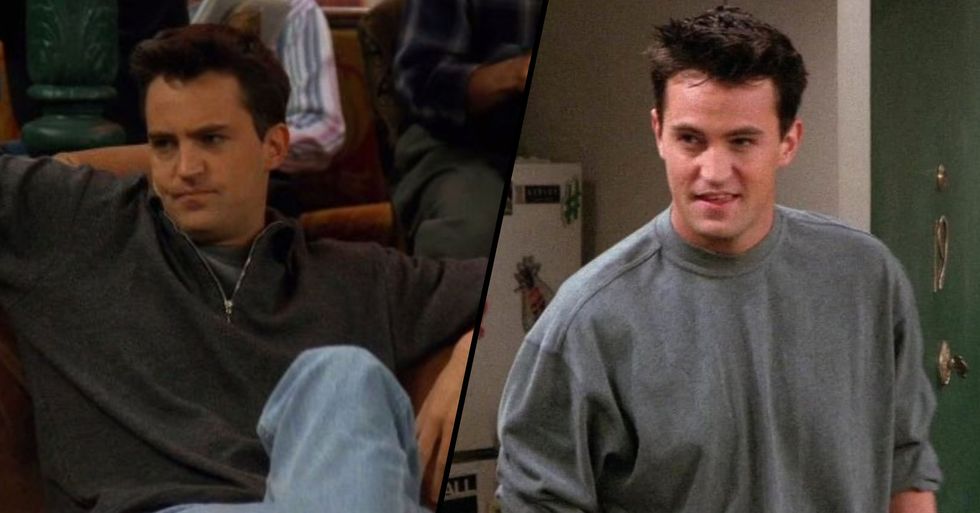 For the first time in months, Friends star, Matthew Perry, has been spotted out and about on the streets of LA... But fans are seriously concerned.

We were first introduced to the Friends gang back in 1994, when Ross, Rachel, Chandler, Monica, Phoebe, and Joey burst onto our screens.

But it seems that, in real life, the cast have remained firm friends throughout the years.

The cast have been pictured together more and more in the last couple of months...

But one cast member was a little late to the Instagram party.

Perry became the last Friend to join Instagram in February...

And he made an epic entrance, sharing a video of the famous Chandler Bing dance alongside the caption, "This is how thrilled I am to finally be on Instagram. So, here we go..."

And, during lockdown, he has been throwing the Friends quotes left, right, and center.

For the most part, his Instagram has been a complete delight.

Matthew has been keeping us all updated with his lockdown antics, including his hilarious naked baking venture.

But some people are still concerned about the star.

Matthew has a lengthy history of addiction issues, along with a variety of health problems. And now, recent sightings of the actor have made fans a little worried.

First, there was this photo.

Posted onto Instagram by his co-star and friend, Courteney Cox, Matthew just looked... Different. And we couldn't put our fingers on what it was that was so different. Was it the color of his hair? Did he have cosmetic surgery? Why were his lips that color? The questions were endless.

Is it Matthew? Or is it an impostor posing in his place?

But now, 6 weeks into the lockdown, new photos have surfaced.

Matthew has been spotted for the first time in over six months, walking through the streets of Los Angeles, donning a checkered shirt, and black t-shirt combo... And he looks completely exhausted.

He is almost unrecognizable from the Chandler Bing we all know and love.

His hair is overgrown, his face is covered in stubble... But, hey, isn't this how we all look during this lockdown?

Maybe we should give the actor a break.

Who hasn't been lounging around in their sweats and letting their hair overgrow during this pandemic? Stay safe, Matthew! For more on how celebrities are holding out during lockdown, keep scrolling...