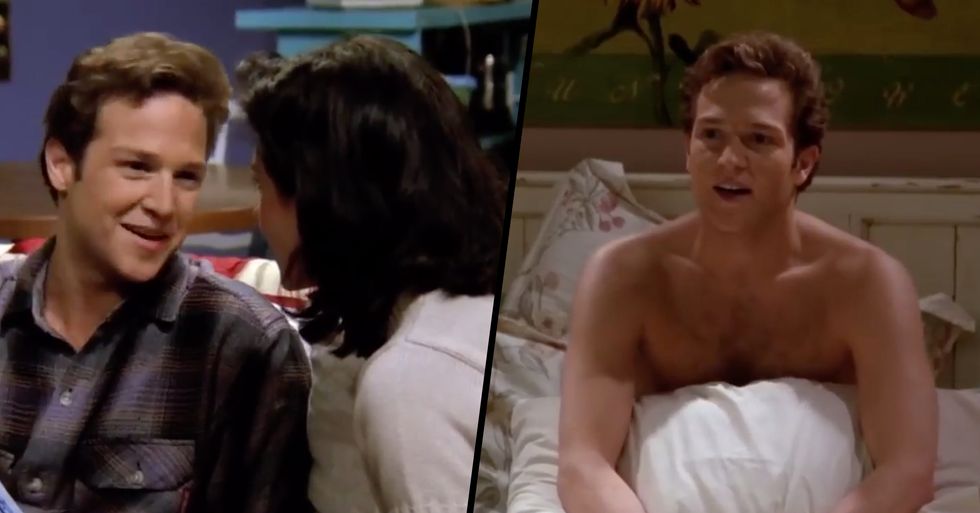 The tragic news has just come in that Stan Kirsch, who was best known for his appearances in Friends and Highlander, has been found dead at the age of fifty-one.

Keep scrolling to learn more about this devastating story...

Stan Kirsch has been found dead at the age of fifty-one.

The actor and screenwriter, who was born in New York, spent his entire life performing and he has always had a passion for acting.

He appeared in some Campbell's Soup TV commercials, and he went on to appear in the short-lived Saturday morning TV series Riders in the Sky and on the soap opera General Hospital in 1992.

He guest-starred as Monica's short-term boyfriend who lied about his very young age to be with her.

He played Richie Ryan for 6 seasons, so he was a very popular character.

Kirsch went on to direct, produce, and act in the 2004 Straight Eye: The Movie.

He lived in Los Angeles for many years with his wife, Kristyn Green...

And he had a very quiet few years career-wise recently.

His wife was the person who found his body.

He tragically passed on the 11th of January.

Tributes have immediately started to flood in...

His studio said: "He was so loved and we are just devastated. Thank you for understanding and respecting our privacy during this incredibly difficult time."

He has been remembered for his kindness and good humor...

In a post on Highlander's Facebook page, it said, without him, the series "would have been far less." "He brought a sense of humor, kindness and youthful enthusiasm to the character of Richie Ryan for six seasons," it said.

His General Hospital co-star, Mark Lawson, said Kirsch was his mentor and told how he prepared him for his first audition...

"Stan. I'm reeling...all the way back to my first year in Los Angeles," he said.

"You would coach me for nothing. You even let me be your trainer for a minute. You were my first big brother here. I'll never forget that. And that's how you'll stay," he went on to say.

Kirsch was found hanging in his bathroom, according to reports. Our thoughts and condolences go out to Kirsch's family and friends. Rest in Peace, Stan. As we're finding our feet in this new year, we think it's important to remember those that we lost in 2019...