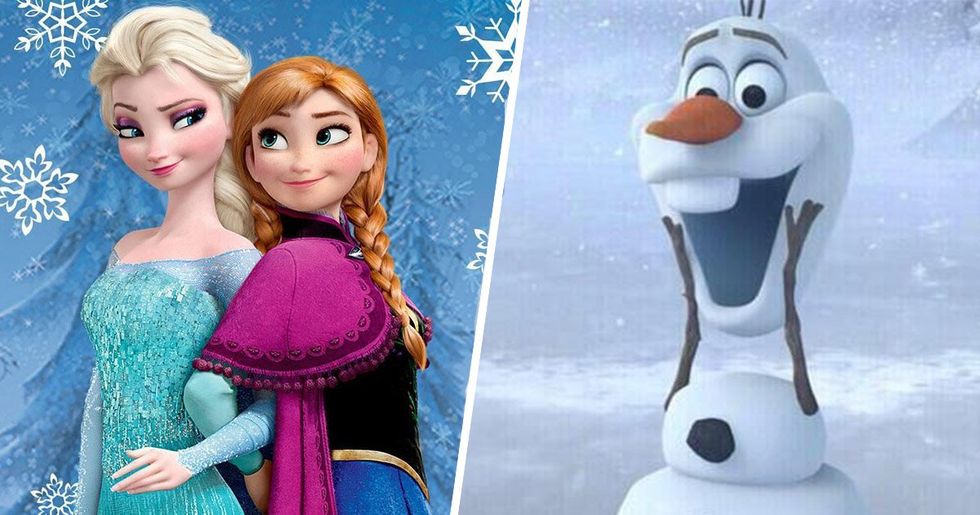 If you're a fan of the Disney animated hit Frozen, then get excited because we'll get to see Anna and Elsa back on the big screen a little sooner than expected.

Yup, you read that right! Disney announced that Frozen 2 has been moved up one whole week! So now it will be at your local theater on November 22nd, 2019. It was previously dated for Nov. 27th of that year.

Frozen became a massive sensation worldwide, generating nearly $1.3 billion and winning a ton of awards, including two Oscars. The film now ranks as the highest-grossing animated movie of all time. It's also the 13th biggest movie ever!

With the sequel set to arrive in a year’s time, don't be surprised if you see a big resurgence in all things Frozen over the next 12 months and beyond!

The earlier the better, am I right?

Rather than release the film on the Wednesday before Thanksgiving, Disney will now get a bonus opening weekend before the extended holiday box office timeframe. We're guessing that moving up the film was a pretty easy decision considering Frozen 2 will probably break ice shattering records! Also, I'm very happy about this, so that's all that matters.

Do you wanna build a snowman?

Idina Menzel and Kristen Bell are reprising their roles in the highly anticipated sequel. As well as Josh Gad, our lovable snowman, Olaf. It was also previously reported that Evan Rachel Wood and Sterling K. Brown were in talks to join the voice cast. EXCITING TIMES!

In the last five years, while we’ve been patiently waiting for the sequel, the Frozen franchise has been doing pretty darn well for itself. The film went on to be adapted in the 2015 animated short sequel Frozen Fever and it even got an animated feature in 2017 titled Olaf’s Frozen Adventure!

Brace yourselves because the snow storm is coming!

With the sequel set to arrive in a year’s time, expect a big resurgence in all things Frozen over the next 12 months and beyond. I don't know about you, but I sure am ready!