A Full List of Everyone Who Lived and Died in Avengers: Infinity War | 22 Words 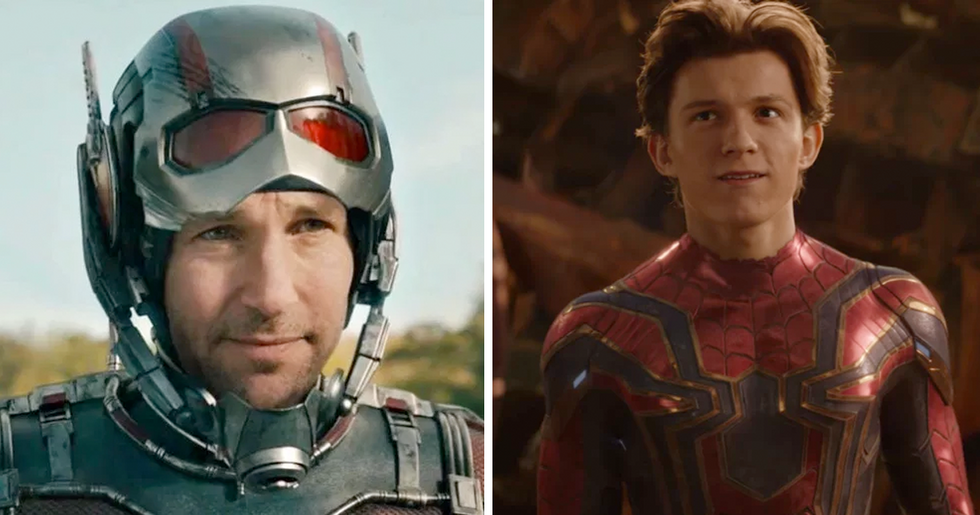 A Full List of Everyone Who Lived and Died in Avengers: Infinity War

Avengers: Endgame is coming to US theaters on April 28 and with it, the Marvel Cinematic Universe will complete "The Infinity Saga."

But don't fret - a new saga is coming.

For now, let's just prepare ourselves for the undeniably mind-blowing finale, Avengers: Endgame.

If you think there's barely any Avengers left to fight Thanos, you're right.

Evening Standard has compiled a list of all the deaths and disintegrations we were forced to witness in Avengers: Infinity War. But they also put together a list of all those who survived.

Sure, we lost a lot of our favorite superheroes, like Gamora, Doctor Strange, and poor Spider-Man. But as long as Iron Man, Thor, and Captain America are alive, there's hope.

Especially since Captain Marvel is surely going to make an appearance in Endgame, helping the remaining Avengers cope with the grief and pushing them to keep going.

Here's a full list of the survivors and those that we lost.

According to Gamespot, Endgame will conclude "more than 10 years worth of Marvel Cinematic Universe storytelling."

The so-called "Infinity Saga" started with the first instalment of Iron Man in 2008.

It will also be the end of MCU Phase 3.

But don't worry, there will be a Phase 4. Marvel has promised to share more information on it after Spider-Man: Far From Home premiers in July.

Endgame producers are working hard to prevent any spoilers.

But based on the trailer they released in February, it seems the remaining Avengers will be struggling to cope with the devastating loss they faced at the end of Avengers: Infinity War. Here’s a quick summary by Evening Standard of who's still alive to fight Thanos and who died a hero in Infinity War so you’re well prepared for Endgame.

Who did we lose?

Loki - the "villain-turned-good-guy." He died from the enemy's blade early on in the movie.

Thanos killed this "loyal-to-the-end" character soon after he was finished with Loki.

Thanos didn't want to kill his adopted daughter but sacrificed her in order to get the Soul Stone.

Black Panther was checking on Okoye when he turned to ash.

His death was rather ironic: he could see the future but didn't predict his death. Although his calmness as he disintegrated suggests that maybe he did and chose to fight the war anyway.

While Doctor Strange seemed sure of all of his decisions, Peter Parker did not. And that's what made it one of the most emotional scenes in the movie as he cried to Iron Man, saying he didn't want to die.

According to Time, before Infinity War, fans believed either Bucky or Falcon would take over Captain America's role once Steve Rogers retires. Guess that was never meant to happen.

With the death of Scarlet Witch, the only one who seemed to be able to destroy an Infinity Stone, the Avengers will have to work much harder to find a way to do it without her.

In Endgame, we imagine Captain America will be grieving the deaths of his two best friends.

Evening Standard says that if only he hadn't attacked Thanos earlier in the film, maybe his life would have been spared.

This is easily the most unfair kill. We'll never forgive and never forget.

The powerful giant with a surprisingly soft soul was another Guardian of the Galaxy to die.

Even possessing admirable psychic powers and cute antennae won't ensure your safety from your enemy.

We didn't get to see much of Fury in the movie but he still got killed by Thanos.

Another S.H.I.E.L.D. agent to die in the post-credit scene. After all this death, who’s left there to fight Thanos and avenge our favorite superheroes’ deaths?

Iron Man got badly wounded by Thanos but eventually survived. Maybe seeing Peter die in his hands kept him going.

Thor managed to stab Thanos in the heart but the enemy survived, destroying half the universe in retaliation.

Chris Evans, the actor behind Captain America, had been suggesting for months he would die in Infinity War, Time says. Thanks for the misleading information, Chris.

While Thor went for Thanos, Black Widow hit the enemy where it hurt by killing several of his children in Wakanda.

Bruce Banner fought bravely and survived even though he couldn't turn into Hulk the entire film.

It's a good thing that War Machine survived because a serious war is coming for the Avengers.

According to Time, Hawkeye wasn't in the film because he had "apparently told the rest of the Avengers that fighting Thanos was too risky." But as we can see from the Endgame trailers, he's back and wearing a darker costume which possibly suggests that "he seeks to avenge his family: Ronin, a lonely hero."

Ant-Man was also missing from Infinity War but he, too, appears in the Endgame trailers.

Okoye watched her king Black Panther die but she survived herself. Will she join the remaining Avengers driven by a need for retaliation? Possibly.

Nebula survived too, even though her sister Gamora did not.

M'Baku, the ruler of the Jabari tribe, is alive and might even lead the Wakanda army in Endgame.

Of course, Thanos, the ultimate enemy, has survived too.

He's alive. For now. Hopefully, Captain Marvel will lead the Avengers in Endgame and Thanos will pay for the goodbyes we had to say to our favorite characters!