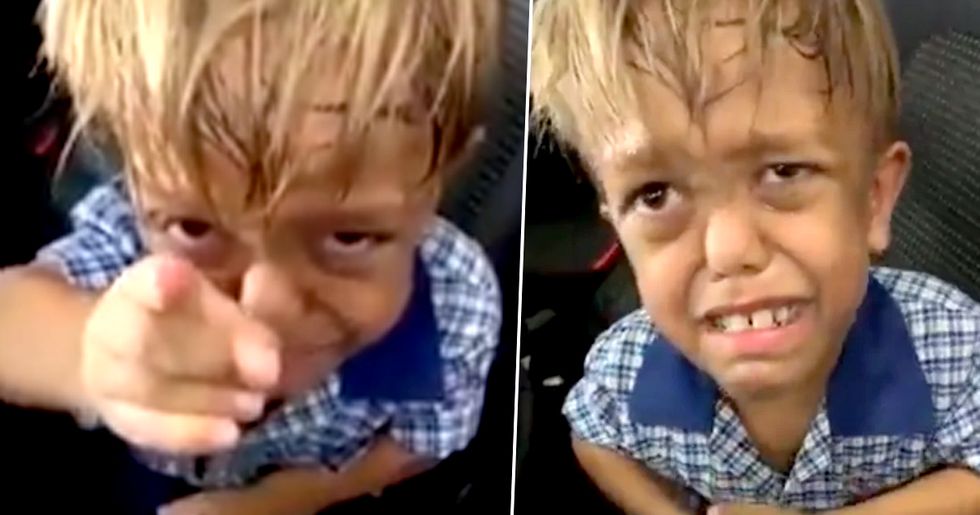 Now a new tweet has gone viral allegedly showing part of the video that many hadn't seen before which changes everything if true!

Keep scrolling to find out what he said...

Now a tweet has gone viral alleging to show a different side of the video, a side which doesn't make Quaden's mum look too good.

It's from the same video.

However apparently this is why 'there isn't a full video', as it shows Quaden allegedly calling his mum out and saying she doesn't do anything.

In the video Quaden says:

Get me out right now. I can stab myself in the heart. You watch me. Even you don't care when I'm looking at you. You don't even do anything. Everything's gone. You called me the dumbest kid in the class. I just wanna die right now. I just wanna bang my head into a glass. I want someone to kill me and stab me.

His mum has been accused of exploiting him.

Many people have taken to Twitter claiming his mother is more interested in exploiting her son and making him 'go viral' than actually helping him out.

Let's just hope Quaden gets the help he needs.