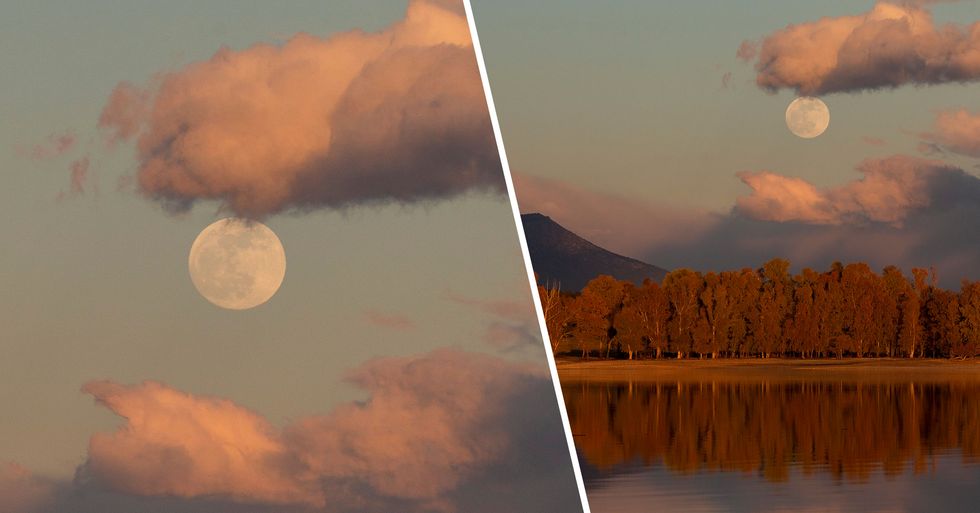 Full Wolf Moon Eclipse Will Be Visible in the Sky Today

And the first full moon of the decade seems set to be a smasher. Scroll on for all the details - and keep your eyes on the skies!

The first full moon of the decade is set to appear today!

Well, actually, you didn't need any fancy equipment to catch this moon - you just need to know what you're looking for.

Because this moon is going to appear between midday and 4 pm - when the sky isn't particularly dark.

But it's worth looking out for.

Because we're set to have a penumbral eclipse during this, the first full moon of the decade.

It's different from a total lunar eclipse.

It's so named because the moon moves into the Earth's outer shadow - which is called the penumbra.

This causes the moon to look super dark.

Think of a penumbral eclipse as a sort of mini-version of a total lunar eclipse.

It'll be a darker shade than the usual full moon.

But not the typical deep red tone of a proper lunar eclipse.

And it'll be best visible overnight in Europe, Africa, and parts of Asia and Australia.

North America will have a harder time.

Because the moon will be best visible during the first 4 hours of the afternoon - meaning way more light pollution.

So where's the best place to see it?

Apparently residents of parts of Alaska, eastern Maine and parts of northern and eastern Canada are best placed for a view.

The first full moon of the year gets a special name, too.

It's called the "wolf moon," which anyone has to admit is a pretty metal name.

Well, according to legend, it's because of the many wolves who used to howl for it.

And it's not just the moon you should look for.

To the west, the bright star fairly low in the sky is actually the planet Venus. Venus is going to continue getting brighter until April, so you'll be sure to spy it.

And (obviously) this isn't the only moon action we get this year.

We're also set to have 2 supermoons (where the moon is larger and brighter in the sky) on March 9th and April 7th.