Funny Old People Who Are Just Trying Their Best | 22 Words 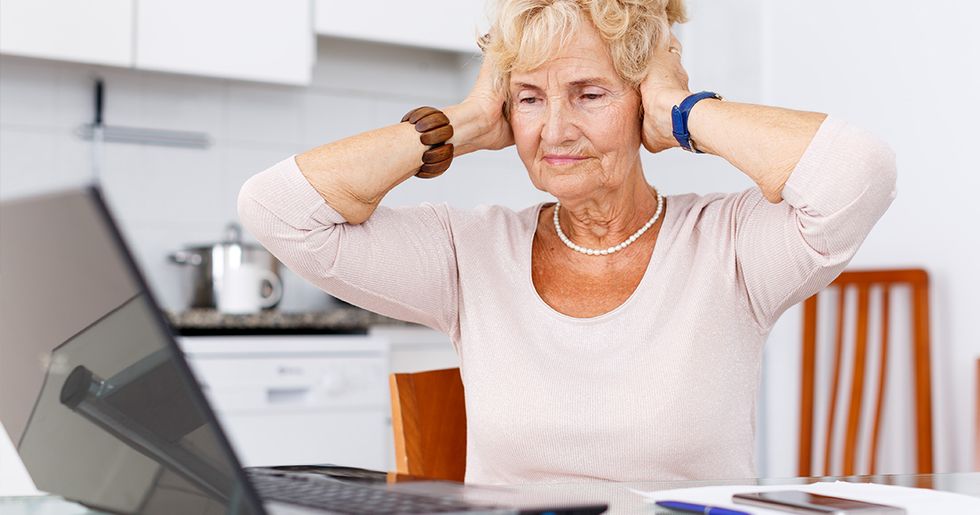 Funny Old People Who Are Just Trying Their Best

Listen, grandparents are the best people in the world. No one's disputing that. But grandparents are good at very specific things, like making their grandkids chocolate chip pancakes or woodcarving or watching The Price Is Right every single day without fail. But one thing grandparents are not good at is using technology, and when they log on to Facebook, it leads to some wild results.

But don't blame them! Old people grew up pushing a hula hoop down an alley with a stick, not scrolling through Insta on a touchscreen-enabled device. But that makes their infantile, grasping attempts to use technology today all the funnier.

Here are some of the best moments of old people on Facebook, doing their darnedest to connect with far-away family members, Like pictures of babies, and update their friends on their status... but making enormous and hilarious mistakes along the way.

Grandpa's selling the Stratocaster on Facebook, and maybe even a little bit of himself, too.

Aw, this poor grandpa accidentally got his soul trapped in his guitar. Let's hope he gets out of there before it sells and he's lost forever.

I'm upset at him too.

The funniest thing old people do on Facebook is log on, go to a store's page, and send messages like they had just called them on the phone. It. Is. My favorite.

And now she is immortal...

As human beings have sought, since the dawn of time, to achieve immortality, who would've guessed that the secret to becoming one with the stars was to lose eight pounds since July?

My Grandma passed away three weeks ago. I just discovered today that she was the infamous "Yim Yum Grandma." - spocxli

Grandma with the slam dunk.

Yikes Grandma, take it easy! Facebook is not the place to run your grandson through the wringer for being a lazy no-goodnik.

I can see why you might create a Facebook group to give away a bowl. If your first choice doesn't want the bowl, who will take the bowl? This bowl is too important to be trusted to just one person-- oh, there was only one other person in the group? Then this was just Grandma mucking it up.

She's not wrong — this guy's sign does change a lot. It changes almost every time someone new posts it. Almost like... he never had an original sign to begin with...

To justify this reaction, this baby has to be this particular grandpa's 14th or 15th gradndchild.

Even when they're mean, pop stars deserve kindness too.

If only this grandma had been around for the Taylor Swift/ Katy Perry feud (two singers she also has never heard of).

Grandma's got an axe to grind.

Hey grandma, real quick, because I don't think I got it — does blue cheese have mold in it? And, a follow-up: do you think that's gross or not?

There's something so funny about the grandma being unclear as to what is going on, having her grandson state the exact same information that was already provided, and then being blown away.

This is a grandma who needs just a copyeditor — one person to give her posts a once-over for tone before she submits.

"Did it record that too?"

Man's mother likes to use the microphone function rather than typing to text while driving. - whitebeaks

If I order that wallet, I'm keeping it.

This one bothers me to no end. Mom, you were there! You could've just clicked "buy now"! Don't you think your son has things to do besides tracking your Amazon packages?

This grandma is talking to Facebook like they're speaking on a customer service line. It is, in a word, amazing.

Art is always open for interpretation.

What's so fun about this Facebook grandma is that she knew enough to know that this fourth panel depicted a pop culture icon but not who it was. And yet, she was so confident they were from Lord of the Rings. Why? Why be that confident? Incredible.

Mom, if you're going to dab, get off the turkey.

Honestly, this grandson should have let his grandma win. She doesn't know how texts work. She thinks they're instantaneous.

To be fair, this is how Alexa works now. This grandpa was just ahead of his time.

Does this dad have a direct line to Mr. Uber?

If this young man wants to walk in the snow, he will have to defeat Mr. Uber in singles combat.

The police are ready to assist.

Aw, look at this adorable little mom trying to navigate the jungle that is Facebook and stumbling upon a helpful police officer's page! Imagine if she'd found herself on the Facebook page of the Avon and Somerset Crips.

These will be helpful for emoji collectors.

You know what they say — when life says you can't have lemons, make your own lemons and then post them on Facebook.

We shop in Jesus' name.

When I went to Wal-Mart when to buy Gatorade and soothe my hangover this morning, I was wondering why there was a holy glow about it.

Listen, no one thinks this grandma's cancer is funny. Full stop. But also? It is very funny that she'd choose to announce it on a Facebook thread on Kevin Bacon jokes. That is something I will be thinking about until the day I die.

Is Google even listening?

Ooh, sorry, that time won't work for me.

When in doubt, double down.

I suppose it really doesn't matter who she's sending these photos to, since the fact remains — this is her and her grandchildren.

How are these grandmas this brutal? Do they know that even though they're on Facebook, these messages will still get to their grandchildren? Who they love?

Grandma has entered the Nether-Zone.

Maybe Grandma's phone didn't have a connection when she tried to search for her coordinates. Maybe she really was up and transported to the Pacific ocean. In any event, she is in danger and I hope this grandson can save her.

Good deal on a ponch.

What I like best about the previous generation is how quick and to-the-point they are. What's he selling? Ponch. How much is it? 35. What else do you need to know?

She has fulfilled the requirements.

Look at this delightful grandma, just trying to join in on the group. Does she know anything about PC gaming? Maybe, maybe not. The point is, she posted a picture and that means she's in. The rules are the rules.

You ever meet someone at a party who can't stop talking about their One Big Issue? Even if you're talking about the NFL playoffs, or Marriage Story, or what kind of food you feed your dog, they'll always bring it back to politics? That's this grandma, except with... drones? Weird subject to get into at this point in your life, grandma.

Did you find this review helpful? Yes/No

Honestly, when I sat down to find out if I'd enjoy my stay at this particular location, this is not what I planned either.

Look unto me, and tremble.

This is the ultimate photograph of old people using Facebook. This mom found a filter, popped it on, and became what the ancients spoke of, in trembled voices, as "The Ubermom."

I don't know in what order I'm supposed to read these bubbles.

This is it. This is the best one.

Nothing will ever top this Facebook post. Everyone, just shut it down. Turn off your computers. This is the peak of comedy. I think I have to go lie down.