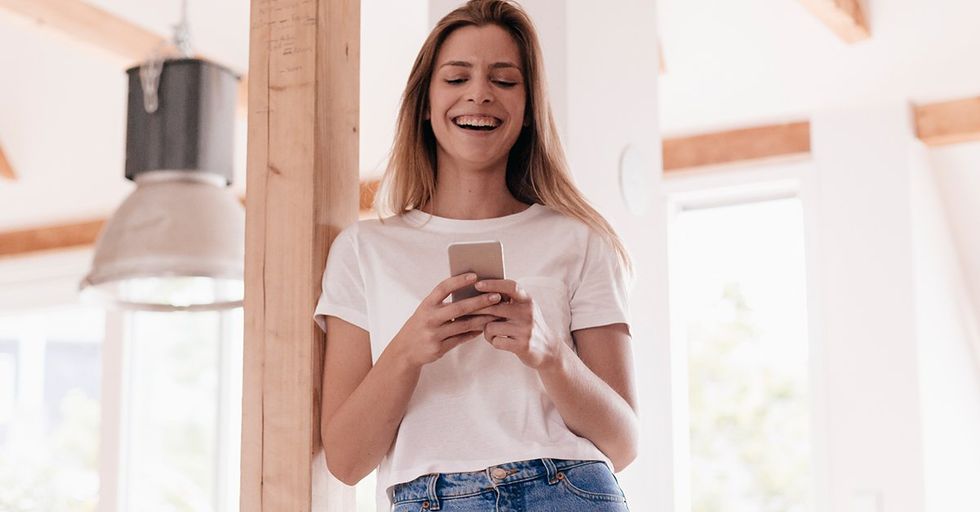 29 People Who Responded to Tweets With a Way Funnier Message

Some comedians' jokes bounce well off one another. They know how to play the crowd. Now, I'm not saying that these Twitter users are professional comedy duos. Far from it. But it is impressive that they can take an innocuous setup, like a tweet from a random stranger, and totally knock it out of the park with a punchline made out of thin air.

Many of these people are not professional comedians. Most of them aren't even famous. They are just everyday people who found an angle into a response to a tweet that no one else could have come up with. These response tweets are bound to make you laugh, so you might want to make sure you're not reading this in a library or somewhere where you have to remain quiet.

Have we learned nothing from the entire Jurassic Park series and also all the other movies about genetically modified creatures that came before and after it?

How this is just a good old-fashioned pun! But also, click on that article. It's wild.

It's true, though. An RV is a home and adventure all at the same time. It's the perfect vehicle.

On a path to nowhere

Aren't we all on a path to nowhere? Hurricane Jose has articles written about him as if he's unique.

Yeah, Kleinschmidt isn't going to be an easy name to convert into a hashtag. Hopefully, his future wife doesn't care much for hashtags.

He was good in Sherlock but his American accent as Doctor Strange leaves much to be desired https://t.co/9xSOHkXczC

name one cow you're friends with https://t.co/t4kxqY0s6L

I can name one cow I would be friends with, and that's Norman, who was the calf that Billy Crystal's character adopts in City Slickers.

No joke this pictures of a banana with a bite taken out of its peel made a chill run down my spine. This has to be a joke, right?

Brothers will be brothers

Some brothers buy cars for their siblings, while others don't. I would say most brothers are like the ones who yell at you to shut up even when you haven't said anything.

OK, this 100 percent looks like the car from Cars accidentally drove through a bees' nest. Did someone make this on purpose?

I don't think this is an official McDonald's account, but how great is this anyway? He knew!

I love this so much, and I bow down to the pun master. This deserved every like and retweet it got, and then some.

Ah yes, Bristol Travelodge, heir to the Travelodge fortune. It's not quite Hilton money, but it's something.

I'm sensing a lot of judgment.

What grown man doesn't use an umbrella?! I feel like grown men who commute to the city are the only ones who ever have umbrellas on them.

Well bitch I missed out on being rich https://t.co/PUMsz28BKY

Hm, this is a tough one. Would you rather be "normal" or never have to worry about money ever again?

This tweet is pretty funny until you realize that it's the official account of the local police department. Then, it's hilarious.

Honestly, this is funny, but I included it mostly because it's so true. It's one thing! You can't use one without the other, which is why they should be one price.

christ... you can't even be alone in death without a man coming over and going "so, is this seat taken?" while sitting down in it https://t.co/erHTpmECB5

This was my first reaction! They barely knew each other. I think this is really disrespectful to Marilyn Monroe.

Pictures with your man

Heck yeah, this is great! If you take that nice of a picture of yourself, you better make sure you won't ever have to delete it.

Yeah, she died waiting in line for the bathroom. It was really hot back then.

I think she's talking about the musician who goes by The Weeknd, and I think this girl knows it, but she's just being clever.

I have to agree here. Look at that thing's face. Someone did that on purpose, and now we're all going to die by dinosaur chicken.

That seems like the way to do it according to that picture. And honestly, I think it sounds like a foolproof plan.

This is an amazing tactic and I have to remember to use it. This is some real Arya Stark stuff and I love it.

This is a perfect response. And I know it's true just because she tweeted it.

I mean, you can't really argue with this one. The truth can be funny. Share with someone to make them smile!