Future Reality Star? Spencer and Heidi Pratt Just Welcomed Their Son and His Name Is Definitely a Standout | 22 Words 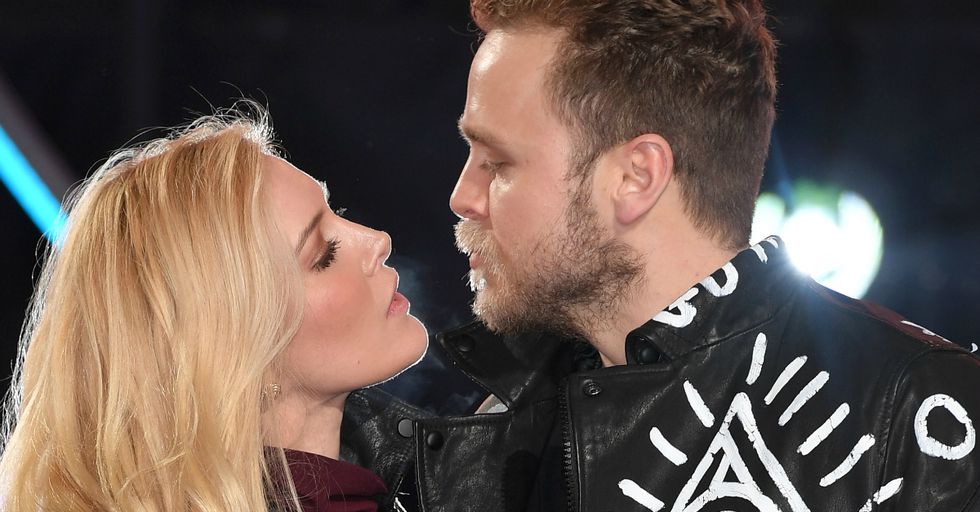 Future Reality Star? Spencer and Heidi Pratt Just Welcomed Their Son and His Name Is Definitely a Standout

New babies are nothing short of a joyful occasion. Decorating the nursery, picking out adorable little clothes, and planning the shower are just a few of the things excited parents get to look forward to as they wait for their precious bundle to enter the world.

Then again, if you're a celebrity, waiting for a new baby means a few added pressures the average parent probably doesn't think about.

Recently, Heidi and Spencer Pratt welcomed their newest family member in true reality-TV-star fashion. This involved making sure the little Pratt's social media needs were covered —and gifting him a memorable, unique name.

The limelight is the most natural light for the two reality stars.

Anyone who's been following the dynamic duo since their time on The Hills knows that these two are pretty much made for reality TV. They live it and they love it. If any two people in the universe have eight different story lines waiting to bust out of them, it's these guys. Cameras are their comfort zone, and people have been watching them ham it up for quite some time.

They've stayed together through thick and thin.

Spencer and Heidi have weathered more than a few storms in their relationship. Their fights and drama during The Hills admirable six-season run became the stuff of reality TV producers' dreams. Many tears were shed, and Spencer's eyes bugged out more than a few times, but, somehow, the pair managed to keep on keepin' on.

Marriage soon followed for the couple, and they were linked forever.

Love soon turned into a commitment of a lifetime together, and Spencer and Heidi tied the knot. What reality TV had brought together, no person was going to divide. Come rain, shine, or bad ratings, the duo would see it through. They've now been married for eight years. So far, so good.

First comes love, then comes marriage. After that, it's a great time to share baby news on social media.

After announcing their pregnancy in April of this year, Spencer and Heidi were quick to make sure their followers could document the event every step of the way. No one could doubt they were excited. You don't pose pregnant, in a crown, for absolutely no reason. In their eyes, this baby was already TV royalty.

The reality couple kept everyone up to date on their journey to parenthood.

From gorgeous vacation pictures, to posing with excited friends and family, the couple dubbed "Speidi" has thoroughly walked their social media followers through the process of waiting for the newest member of the Pratt Family. Not just everyone gets an Us Weekly cover dedicated to their bump.

An early labor in progress had everyone on high alert.

Earlier in September, Heidi let her followers know that there was a possibility that Baby Pratt would be showing up a little early. According to her Instagram stories at the time, labor was just around the corner. She said, "Well this doctor visit was a little different to what I thought. I’m about 1 cm dilated and we’re just hoping he doesn’t come too early!"

The baby had a timeline of his own, however, and the debut happened anyway.

We now know the Pratts welcomed a their new baby boy a full 19 days early. A rep for the couple says that the healthy baby weighed in at 6 pounds, 12 ounces, and popped into the world at 3:06 p.m. on Sunday, October 1. The new Pratt is also reported to have blonde hair and blue eyes.

What's in a name? When you're a celeb, it's always an interesting choice.

After hinting about a unique moniker prior to the birth, Heidi and Spencer decided to name their new little guy Gunner Stone. Compared to other celebrity baby names like North, Audio Science, and Pilot Inspektor, this name, while not exactly traditional, isn't as out of the ordinary as the public usually expects from parents living in the spotlight.

Spencer says the name is unique — but not as unique as he wanted.

While thrilled to be a dad and happy with the name, Spencer seemed to think the newest Pratt could have used something that stood out even more. In an interview with E!, he said, "We came to a common ground. It's not as flashy as I wanted. I definitely wanted Speidi. At least as a middle name!" Maybe it's a good thing that idea got tabled.

Just because Gunner Pratt's name isn't the oddest in the world doesn't mean he won't have an online presence.

Spencer may not have gotten the flashiest name for his baby boy, but that won't stop the proud dad from making sure his little guy has all his social media accounts reserved and ready to go. He recently laid out his plan, in an interview with The Sun. "He's a future reality star and a social media star. He has a new iPhone 8s, it's set up already for when he's here. I didn't want him to have the iPhone X and get overwhelmed. So his is just an 8. We've already locked in his Instagram, his Facebook, his Twitter."

It's sure to be an interesting ride for the new parents.

Gunner Pratt may not end up being a major reality TV or online star, but we do hope that his parents have a blast raising him and give him all the love he deserves. One thing's set in stone: This new family is going to be a whole lot of fun to keep tabs on. We know we'll get a play-by-play. Good luck, guys!