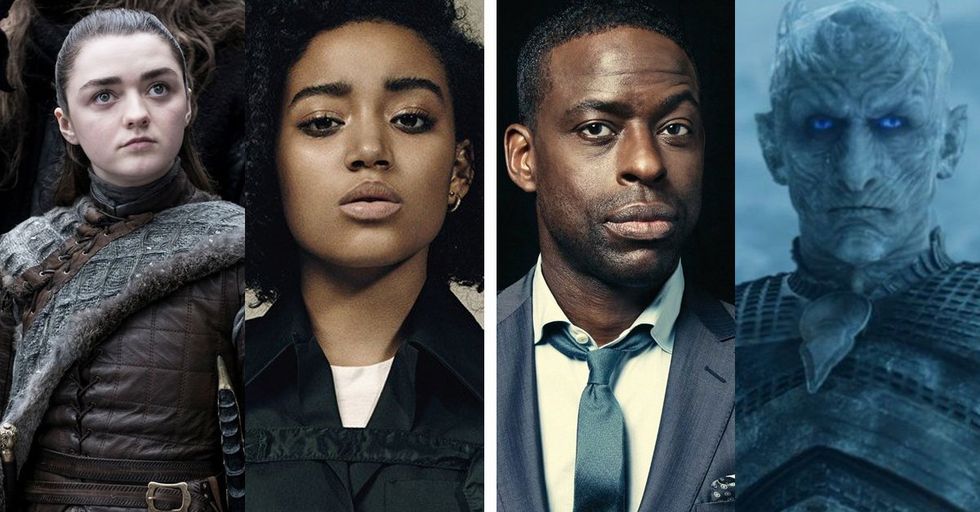 Now that Game of Thrones is over, some fans are watching the series again, some are waiting for the final books to be released. While others are reimagining their favorite show of all time with completely different actors that fulfills the diversity Game of Thrones was lacking.

Diversity is a major criticism the show has received, besides the writing of the last season, and the discussion came up again when one of the show's women of color, Nathalie Emmanuel's Missandei, was savagely executed.

Actor and comedian Corin Wells created a Twitter thread that creatively addressed this particular issue and the reimagined cast echoed throughout social media. Wells tweeted, "A Black Casting for @GameOfThrones," and Wells nails the casting of black actors for HBO's mega-hit show.

Wells told Insider that she created the list to “cope with the death of her favorite show”. I personally would watch an all-black cast of Game of Thrones if it existed. And reading through this reimagined cast has me hoping something like this would happen.

All of Corin Wells suggestions for each Game of Thrones character gets a big "nailed it" from me.

Wells says that she started the thread to cope with the death of her favorite show.

She told INSIDER, that she wanted to imagine a Westeros with more melanin. "Having a strong connection to a show that doesn't have anyone that looks like you is a weird feeling. It's like Friends and Seinfeld — I love these shows, but this wasn't made for me or with people like me in mind."

Washington would play the part of the Head of House Stark very well.

Bassett as the matriarch of House Stark is actually quite brilliant.

Stanfield is best known for his role in the movie Get Out.

Arya Stark is a favorite among many Game of Thrones fans and in a black casting, she could be portrayed by another bad-ass like Stenberg who rose to fame when she starred in the movie Hunger Games.

Shahidi as Sansa Stark is definitely a reimagined casting with a major "nailed it" moment.

Kaluuya became a fast star thanks to his roles in Get Out and Black Panther. Imagining him as a Game of Thrones villain and then hero is giving me great satisfaction.

The Black Panther star portraying one of the greatest swordsman in Westeros is a great fit.

I think this is the recasting that got the most retweets because this is so incredibly accurate.

2018's Sexiest Man Alive is the man for the part of Ser Jaime Lannister.

Tywin Lannister only wanted to see his family continue their powerful legacy and David could play his part excellently.

Gray is best known for his role as Hakeen on Fox's musical drama Empire.

Who better than to bring the scandals to Westeros than Washington?

Thompson already has some girl power status since playing Valkyrie an Asgardian warrior in Thor: Ragnarok.

This Academy Award winner is made for the role of the dragon queen's most loyal advisor.

Wright would nail his role as Lord Varys.

A little bit of Star Wars in another epic story will not hurt anyone.

Something tells me the "Lord of Light" will approve of this.

So much beauty here. Kravitz is returning on her role in season two of Big Little Lies that's also on HBO.

Two small powerhouses that almost seem like they are the same person. Wells nailed this recasting.

Danai Gurira as Brienne of Tarth

These are two powerhouses that are also one and the same. Wells originally cast Saturday Night Live comedian Leslie Jones as Brienne of Tarth, but even Jones disagreed and joked that she could be the dragon. A fan suggested Gurira and I must say, nailed it.

Another casting by a fan of Wells Twitter thread. Wells originally cast Freema Aygeman but I think we can all agree that @thatreenagirl suggestion is very good.

Michael Kenneth Williams as Ser Bronn of the Blackwater

Another casting that is so good, I need to see it happen.

Wright has starred in Black Panther and in an episode of Black Mirror. She also plays the part as Meera in my mind.

Another fan suggested Saturday Night Live's Thompson to play Samwell Tarly and this is casting perfection.

I'm not so sure about this one since the Night King has no speaking parts, but they sure do look similar.

Wise and savvy, Tyson as Olenna Tyrell would be fun. I need some more of that Olenna shade in my life.