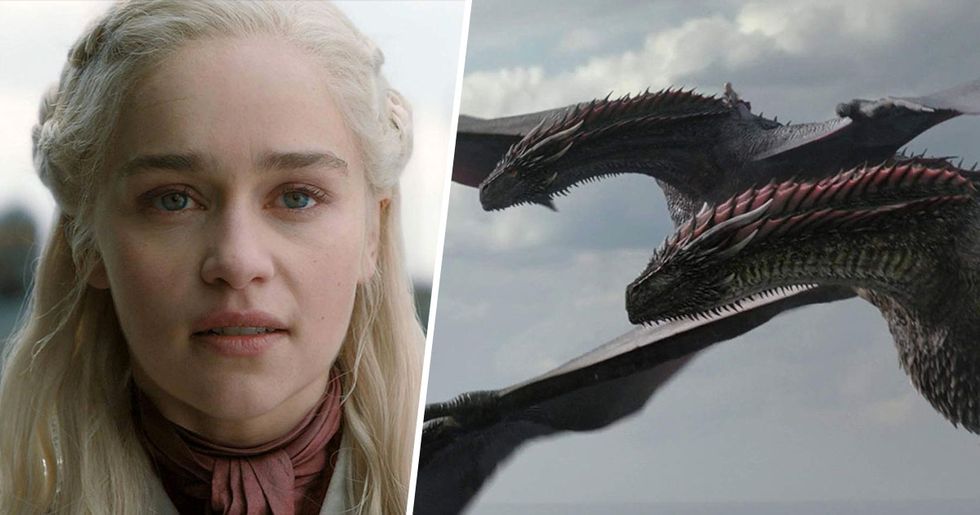 It's been over 3 months since that opinion-dividing finale and it's safe to say that fans are feeling the effects of that Game of Thrones shaped hole in their lives.

While the flagship series may have officially closed its doors, it looks like HBO have a lot more up their sleeves when it comes to the beloved fantasy franchise, with several different Game of Thrones related shows in the pipeline, including a long-anticipated prequel series based on the companion novel "Fire & Blood."

Fans who are familiar with the fantasy novella will know that this tale is based on the ancestors of Daenerys Targaryen and Jon Snow so it's set to be a very exciting watch.

Keep scrolling to get all the details on the new series.

Game of Thrones officially closed its doors in May.

The popular fantasy series had a successful decade-long run, wrapping up after 8 seasons.

Set in the fictional world of Westeros, the show centers on the battle for the crown.

Following the death of Robert Baratheon, the show depicts a deadly game of control over the 7 Kingdoms of Westeros that ensues.

It garnered a dedicated fan base.

Many of which had been watching for 10 long years (a pretty huge commitment) and had grown attachments to the long list of characters.

The final episode aired on the 19th May.

But it opened to a bitterly disappointing reception, with many fans complaining that the events that unfolded in the final series were rushed, as well as criticisms surrounding the deaths and survivals of certain major characters, as well as the eventual ruler of Westeros.

And fans' grievance towards the finale showed in the ratings...

The finale received the lowest ratings in the show's history, picking up a dire overall rating of 4.2 out of 10 – compared to other episodes in the final series, which have earnt respectable 8s and 9s.

Fans were left feeling sold short by the finale, which isn't entirely surprising... after all, having had the show in our lives for a decade, it's not exactly ambitious to think that fans would get a little more than they actually got when it aired for a final time.

Despite feeling let down by the way it ended, there's no doubt that fans were sad to see the fantasy series go.

Saying goodbye to your favorite series is hard, especially when it means coming to terms with never being able to see the characters again.

HBO clearly picked up on this.

With many fans left with a Game of Thrones void in their lives, it was inevitable that HBO would pay attention and take action.

They promptly announced that more Game of Thrones content would be heading our way.

Those feeling disheartened needn't worry as there have been several spin-offs of the show announced since it closed its doors.

But there's one, in particular, that's grabbed people's attention.

The cable network is reportedly nearing a pilot commitment for the series, which will be set three-hundred years before the events of the original series, centering on the beginnings and the end of House Targaryen.

It's the second prequel confirmed to be in the works.

According to Variety, the series will be based on the companion Game of Thrones novel, "Fire & Blood," which tells the story of the previous Targaryen kings, like Aegon the Conqueror, the first ruler of Westeros, and Aegon the Dragonbane.

The Kings are all ancestors of Daenerys Targaryen and Jon Snow.

The prequel will focus entirely on the dragon family, and the ancestors of 2 pinnacle characters that many fans were obsessed with, played by Emilia Clarke and Kit Harington in the original hit show.

The history of Daenerys' bloodline is filled with death, destruction, and conquering.

Fire and Blood begins with Aegon the Conqueror, who also was the ruler that created the Iron Throne that everyone in Westeros was pretty eager to sit upon.

The novel details how the dragon family held off repeated attempts to take the throne.

And how a civil war, known as the Dance of the Dragons, nearly destroyed their family and could have prevented Daenerys from ever being born.

It's safe to say that there's a lot of content to work with.

Although there's no word on how closely the series will follow the novel's narrative, there's certainly no shortage of explosive content to play around with.

Ryan Condal and Game of Thrones author, George R.R. Martin, are set to pen the script.

There's currently no release date or word from HBO on the subject, however.

If it all sounds familiar, it's because Martin has been hinting at a Fire & Blood series for some time on his blog.

According to Deadline, the series will be "a brand new take on a world originally tackled by Bryan Cogman... Former GoT co-executive producer Cogman confirmed in April that his prequel idea was not going forward."

The prequel will be joining another spin-off that's already in its post-production stages.

The only other prequel said to be moving forward to date is set thousands of years before the events of the original series and will star Naomi Watts in a leading role.

It'll likely hit our screens before the Fire & Blood-based prequel.

It's one of the only active scripts that's already in the pilot stages, so we won't be surprised to see this one on screens first.

Sadly, there's no other information on the Fire & Blood series.

In the meantime, keep scrolling to find out more about the other prequel said to already be racing ahead in production.