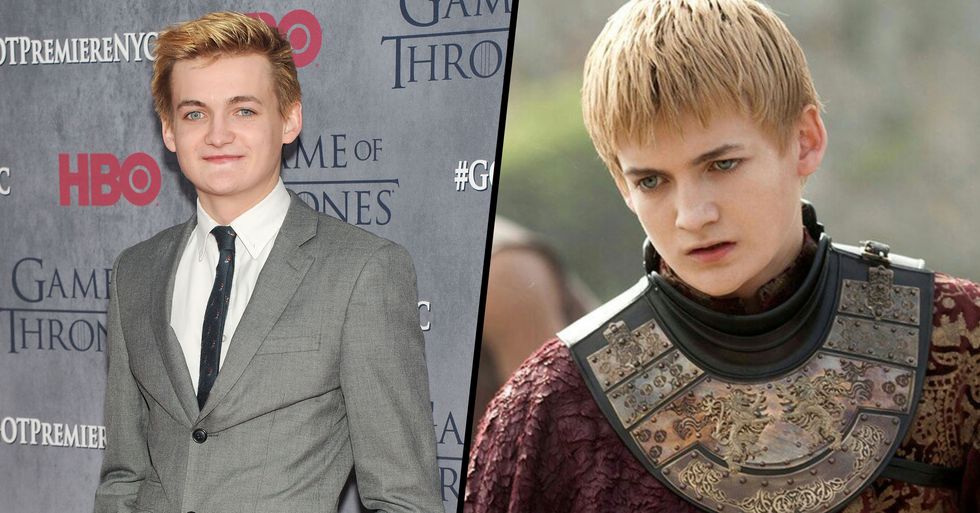 Since Game of Thrones ended last year, many of us have been left with a Westeros-shaped hole in our hearts. But there was one star who has been gone from our screens for far longer.

In 2014, Jack Gleeson's delightfully evil Joffrey was murdered at his own wedding. Since then, Gleeson has taken a break from acting - but he's now set to make a major comeback.

But there was one character who'd been missing far longer.

SO long, in fact, that many had assumed we'd never see him again.

This character, played impeccably by Jack Gleeson, was the guy we all loved to hate.

He was the definition of pure evil.

There were no redeeming features to this horrible guy.

He started the show as a spoilt brat.

But then seemed to just get worse and worse as the series progressed.

Ruling Westeros and acting like a total sadist to everyone he encountered.

He had one of the most frightening character arcs of the series.

Generally, there were no redeeming features to Joffrey.

Which goes to speak for Jack Gleeson's incredible acting talent!

He was poisoned by a mystery assailant (later revealed to be Olenna Tyrell) on his own wedding day.

It made for pretty gory viewing.

And was the perfect ending for a character who could only wreak havoc wherever he went.

After playing the role, Gleeson decided to take a break from acting.

He said on Saturday Night Live, "I have wanted to become an actor and it's just the last few years I've started to change my mind about it, so I'm liable to change it again.

"Once the prospect of becoming an actor professionally, and essentially my dreams became a reality, well it nearly professionalizes it too much."

"It was a recreation beforehand and when I started doing Game of Thrones there was, I wouldn't say pressure, but perhaps the reality became too real for me."

"I feel slightly ungrateful because I'm in a position that, as you said, a lot of people would like to be in, but I guess I'll just have to be ungrateful for the time being."

But now there's been some exciting news for Gleeson fans!

Because it seems he's finally set to return to our screens.

The show is called Out Of Her Mind, and stars a range of amazing British comic actors.

It's the brainchild of comedian Sara Pascoe.

She told the BBC, "Out of Her Mind is a direct expression of my mind. We've turned my brain into a theme-park, and everyone's invited! The cast are INCREDIBLE and I can't wait for people to see what we've made."

Gleeson stars alongside some big names.

Including Cariad Lloyd from Peep Show, Adrian Edmondson from The Young Ones, Navin Chowdhry from Doctor Foster, and musician Scroobius Pip.

We never thought we'd be this excited to see Joffrey again! Fancy more from Game of Thrones? Scroll on for the amazing cruise around the very best of the show's location...