'Game Of Thrones' Prequel Series Has Been Canceled | 22 Words 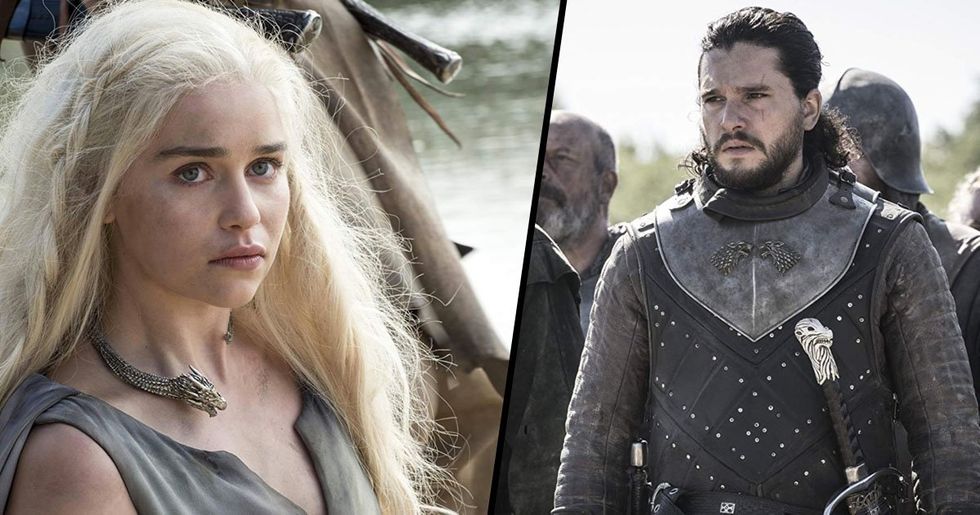 'Game Of Thrones' Prequel Series Has Been Canceled

Since Game of Thrones ended earlier this year, many of us have been left with a Westeros-shaped hole in our hearts. And it seemed like HBO is keen to monetize this longing, by rolling out several Game of Thrones sequels in the following months. The most imminent had reportedly already begun filming, and it's safe to say that the internet was excited.

Although the prequel was set many years before the birth of any of our favorite characters, there were promised to be some connections to the original show. Speaking to Entertainment Weekly, author of the original books, which inspired the series, George R.R. Martin, made some pretty exciting admissions.

But now reports have come out that the series has been canceled by HBO. According to Deadline, the network has passed on the prequel - and we're feeling pretty heartbroken.

The show ended earlier this year.

It's clear that HBO were paying attention.

They quickly announced that Game of Thrones fans need not be too disheartened, because there was plenty of Westeros-based content coming their way.

There's one spin-off in particular that has attracted a lot of interest.

It was set many years before the Westeros that we know - but was likely going to be the first one to hit our screens.

There were some connections to Game of Thrones, planned though.

In the television series, we were introduced to plenty of the ancient magic of the past, primarily through the Starks. Over the wall, for example, we met the Children of the Forest.

We also learned something shocking about Westerosi history.

The Children of the Forest were seen turning one of the First Men into the Night King - for reasons that we, as of yet, still don't fully understand.

We also received some information regarding the cast.

Some of the big names set to star in the show were named. One was Star Wars actress, Naomi Ackie.

And that wasn't the only name.

Another star who was linked to the show was Denise Gough - an actress primarily known for her stage work and has won the coveted Olivier Award, twice.

But there was one name attached to the project which was undeniably the biggest.

Naomi Watts, star of blockbuster movies like Mulholland Drive, King Kong, and The Impossible was set to star in the unnamed project.

And fans of the original series breathed a sigh of relief.

Because also attached to the spin-off was the writer of the original Game of Thrones books, George R.R. Martin. And Martin revealed some exciting details about the top-secret show.

Firstly, he promised that there would be links between the original show and the prequel.

"Obviously the White Walkers are here - or as they're called in my books, The Others - and that will be an aspect of it," he claimed.

And other aspects are set to make a return.

Primarily, anything super-ancient that we knew about Westeros - which likely involved the magic of the Three-Eyed Raven, plus what goes on north of the wall.

This includes some of the more magical creatures from the series.

Some speculated we would see more from the ancestors of Wun Weg Wun Dar Wun, a wildling traitor turned war hero in Game of Thrones.

There were other favorites set to hit our screens again.

"There are also things like direwolves and mammoths," promised Martin.

And there was something even more exciting.

"The Starks will definitely be there," Martin promised - and, as you may expect, the internet went wild for this news.

Although there was one caveat.

These wouldn't be any Starks that we know - the series was set many years before any of the characters that we fell in love with were even born.

Rumors of the title of the spin-off started circulating.

One potential title was Bloodmoon - but that wasn't the only possibility. "I heard a suggestion that it could be called The Longest Night, which is a variant I wouldn't mind," offered Martin "That would be pretty good."

However, there was one thing that we didn't yet know.

HBO didn't confirm whether or not they were planning on commissioning more of the series past the initial pilot that was confirmed.

We assumed we'd have to wait a little while for the new show.

But now, tragedy has struck - as it's been announced the prequel has been canceled.

According to Deadline, the cast and crew have been told.

But the cancelation of the pilot has not yet been officially confirmed by HBO - yet.

It comes after reports that the editing process was incredibly arduous.

The lengthy post-production that followed filming made HBO wonder whether the pilot was worth continuing with.

And when the pilot was screened to test audiences...

It was not well-received. So maybe it's a good thing it won't come to light?

As of yet, it's unknown exactly what'll happen.

There were many more reported Game of Thrones spin-offs in the works, so whether any of those will ever make it to our screens is still up in the air. Feeling bummed out by the lack of new Westeros content? Scroll on for a different show that could fill the hole in your heart.