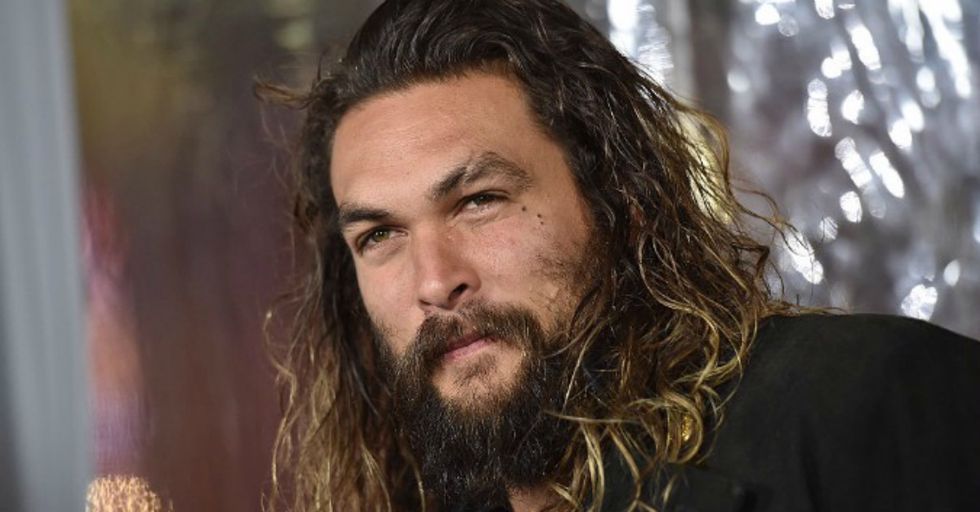 Hey, everybody! Here's a friendly reminder that jokes about rape are never OK. They're not funny and they make people upset, so don't make them! Ever! You're a funny person. You can do better than that.

This is a lesson that Game of Thrones actor Jason Momoa learned the hard way. He made a super dumb joke at Comic-Con back in 2011 and the video is going viral again in light of the recent assault allegations against movie producer Harvey Weinstein. Friday morning, Momoa issued a public apology for his comments.

Jason Momoa is an American actor and model from Hawaii.

He was in Stargate Atlantis and Baywatch: Hawaii and will be starring as Aquaman next year. Of course, those aren't his most well-known roles.

You probably recognize him best as Khal Drogo from Game of Thrones.

He's the best hair flipper on the series. Or, well, he was before that whole pillow thing with Daenerys.

Back in 2011, Momoa appeared on a Comic-Con panel with some of his fellow GoT actors. He chose to make a horrifying rape joke.

“But as far as sci-fi and fantasy, I love that genre because there are so many things you can do," he said, "like rip someone’s tongue out of their throat and get away with it and rape beautiful women." While the crowd laughed, his fellow castmates all immediately covered their faces in embarrassment.

Seriously?! Watching the video, you can see that everyone on the panel knew how much Momoa had screwed up. Even Momoa tried to change the subject, eventually hiding his own face in his jacket. But the damage had been done. This week, everyone is talking about the serious issue of sexual assault — and nobody should be trying to joke about it. Even though Momoa's comment was made back in 2011, the video has gone viral over the past few days and people are in an uproar.

Friday morning, Momoa took to Instagram to address the issue.

He posted an apology, stating that he is "severely disappointed" in himself for making the distasteful joke. "Rape and sexual harassment can reach anyone and I have seen first hand its painful torment among members of my own family and friends," he continued. We've all said things we regret. Luckily for most of us, there aren't viral videos haunting us for years after the fact. Obviously, Momoa never should have made the joke in the first place, but it's great to see him stepping up and apologizing for any hurt he's caused. Let's hope that others take a page out of his book and take the same responsibility for their hurtful actions.