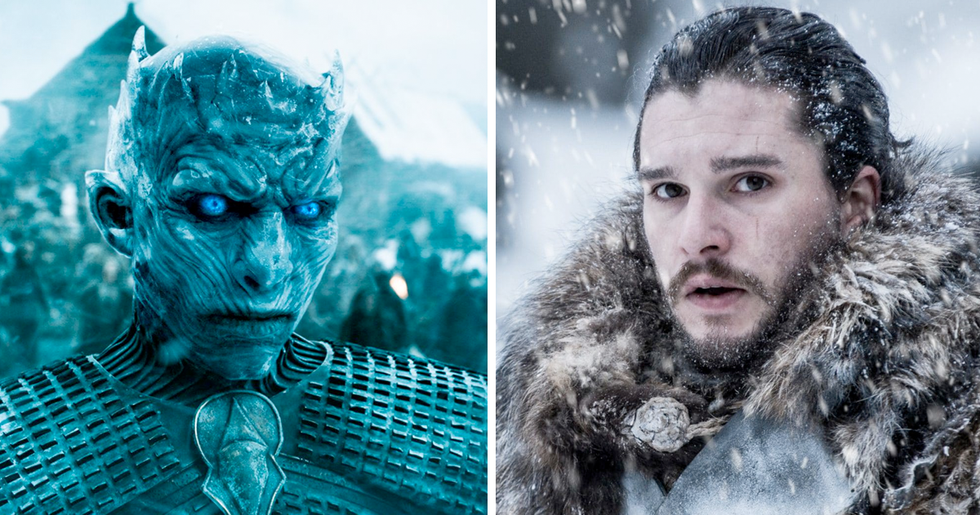 According to experts, Game of Thrones has changed TV forever.

At first glance, dragons and medieval castles might not scream originality, but turns out, they do. CNN and The Guardian say GoT swooned the world with its risky plot twists, well-developed characters, and a talented cast.

It has also aimed to change the way women are seen on TV. You can't miss the fact that women in GoT are far from being damsels in distress. Rather, they're political and bloody-minded.

You can see why it's difficult to find someone who hasn't watched GoT.

Twitter is also loving the show. Season 8 hasn't even aired yet, but it's already racked up over fifteen million tweets since the beginning of January.

As the final season is coming out in just a couple of days, the director David Nutter decided to share some hints as to what the season will be like and how the actors are dealing with the ending.

If you're unfamiliar with the Game of Thrones phenomenon, it must be all very confusing.

After all, dragons and the corrupted Middle Ages is nothing new in today's TV. So, how come GoT made such a breakthrough that now you can get anything GoT-themed, from t-shirts, scotch to Oreos?

Well, first of all, the show is based on the best-selling novels of George R.R. Martin.

Naturally, when GoT producers bought the rights from Martin, they brought the whole fan base with them.

However, the show is only loosely based on the books. Just like The Walking Dead, the GoT series created a life of its own.

In fact, the show managed to wrap up the story before Martin even got around to publishing it. So, it's not just the author's fan base that helped GoT to its heights.

Usually, you can't really explain why certain shows make it big in Hollywood and others don't. But there are a few things that helped GoT stand out. According to Lowry: "the show's popularity stems in part from how well it has bridged the gap between movies and TV, between theatrical blockbusters and dense serialized drama."

"Game of Thrones managed to occupy a realm that falls somewhere beyond conventional TV."

"[It answers] the question what it would look like if The Sopranos and Star Wars had a baby, with all the pop-culture hysteria that entails," he added.

"The keys to its appeal include a deft mix of character-driven drama and carefully layered on fantasy elements."

"Brilliantly cast, the show could flesh out its characters and story in a way that movies with similar mythological trappings don't have the time or latitude to develop."

Now everyone's beloved show is coming to an end.

But according to The Guardian, the impact on it's had on TV and viewers, will be felt long after the big finale.

Jamie East, the presenter of the Game of Thrones podcast Previously On, believes one reason may be the show’s risk-taking approach.

As an example, he offered the unexpected death of Ned Stark as "killing off the main character – not even in the final episode, but in episode nine of the first season – caught everyone by surprise."

"It made watching the rest of the series after that a joy because, even now, you still don’t know who will win or die and when."

Associate professor at the English department, University of Virginia, Lisa Woolfork says the show has showed other TV producers how far having many unique and well-developed characters can go.

She said: "The massive character roster is beyond what any other television programme has done before."

"Soap operas and other serials have had many characters, but never of the sheer amount and depth of Game of Thrones."

"The result is there are characters and plot lines that appeal to many viewers."

Meanwhile, Raluca Radulescu, a professor of medieval literature, Bangor University, says the show contributes to a movement that hopes to change how female characters are portrayed on TV.

"These are women who may have had incest with their brother but you may admire them for their calm and impression of stability, bloody-mindedness in the face of adversity, single-mindedness in political games."

All of these risks that GoT took created something more than just a successful TV show.

As Woolfork noted: "The attachments that some viewers have developed for the show have transformed Game of Thrones from a book and television series into a larger popular cultural phenomenon that includes YouTube parodies, music videos, toys, jewelry, craft beverages, games and more."

GoT has even influenced some other shows.

According to East, Vikings and Last Kingdom, were 2 such shows that learned from GoT successes and failures.

Amazon has also spent $250 million to secure the rights to a Lord of the Rings TV show.

The Guardian says it's bound to be a huge rival of Game of Thrones.

As the final GoT has almost reached us, the show is already a hit on Twitter.

According to CNN, fifteen million tweets about GoT and its character have been shared since the beginning of 2019.

It had pretty busy 3 months.

GoT seems to be the king (or queen) TV show of Twitter.

Since its very first episode in 2011, the show has been mentioned in more than 200 million tweets. A few days ago the show’s director finally shared some sneaky facts about the final season.

He was the man behind the most iconic episodes in the show's history, including Red Wedding in "The Rains of Castermere."

He also directed 3 of the 6 final episodes of Season 8.

So you know he's the guy to go to for more information.

In an interview with Cheddar News, Nutter shared some answers but was very careful. (Scroll down for video.)

"[Season] 8 was a very, very tight ship," he said. "There wasn’t a lot of paper on the set at all, like none… It got much more serious than it had before in the past."

This season he's got to direct the opening episode.

Turns out, it's much more difficult than directing other episodes because "You have to reset the table, you have to [remember] where everybody is at emotionally and you have to kinda bring the audience right back into the story as when they finished the season prior."

Nutter once ran into President Barack Obama after the end of Season 5.

Obama wanted to know if Jon Snow was really dead.

Nutter told him that Snow was "deader than dead."

But we know now that he wasn't! Did Nutter just lie to the President of the United States?!

"I did not lie to the President about Jon Snow’s death," he explained.

"What was important to me was that I didn’t want to read beyond Season 5."

"I was basically directing Season 5 and that was it. I didn’t want to know what was happening next as a fan of the show."

"When they came out with him surviving the next year I was worried I’d get audited or sent off to Guantanamo or something of that nature," he added. "But I survived it."

"As far as Season 8 comparing to The Red Wedding," Nutter said: "I would tell you that, get ready, hold on, sit down, and hold yourself in your seat because it’s going to be special."

Will do. But in the meantime, how are the actors handling the end of the GoT era?

Nutter said there were a lot of emotions.

"It was a sense of discovery, of appreciation."

"There was a real family sensibility to it, knowing the family would separate at some point, and there was a lot of sadness and a lot of tears."

"It was something really special."

Get the inside scoop on season 8 of @GameOfThrones from director David Nutter as he does his first @reddit #ama https://t.co/TILK6yBGOD
— Cheddar News (@Cheddar News)1554735487.0

GoT might be coming to an end but, like CNN and The Guardian said, it has changed our lives and it will now forever be a part of our culture.