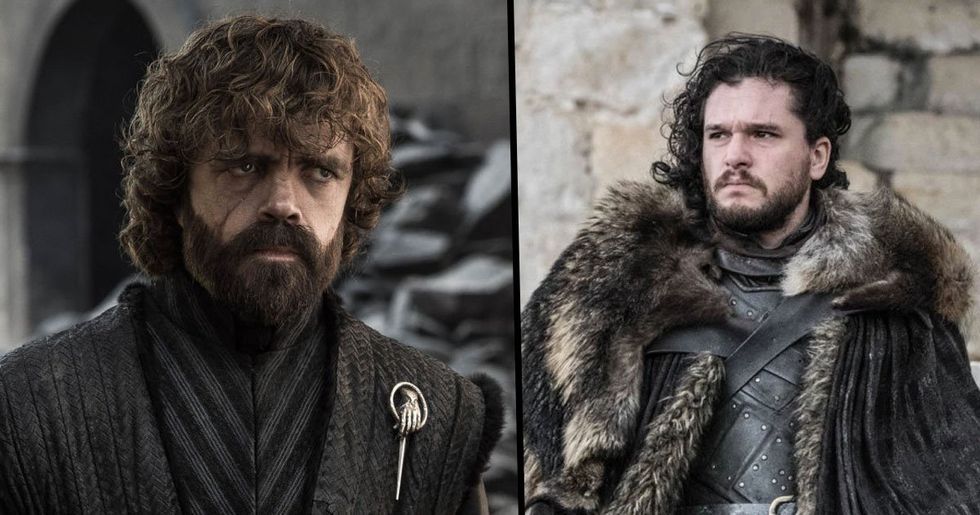 The unthinkable had happened. The very last episode of Game of Thrones, ever, was aired. And although there was no way that everyone was going to be satisfied with the finale (especially considering the many issues that fans have had with the final season), we can all agree that it's nice to get some closure. But with so many major characters still in play, it was pretty difficult to try to keep track of exactly what happened to who.

Luckily for you, we've compiled a definitive list of the fates of all fan-favorites and villains alike. Whether you're happy with what went down, or think that the showrunners may have dropped the ball attempting to neatly wrap things up, at the very least, you can get to grips with who ended up where, and why. Want to know the conclusions of the most epic show of the last decade? Look no further!

Since it's premiere in 2011, Game of Thrones has captured audience's and critics' attention alike.

The show is set in a fantastical land but has some of the most authentically human characters ever depicted on TV.

At its heart, it was a story of power.

As rival factions all claimed their right to the Iron Throne, audiences knew that, at least for some, it wasn't to be a happy ending.

Even before the final episode, we'd witnessed a lot of destruction.

Audiences had seen many characters perish in the Great War, in which the living combined their forces to face off against the dead.

Much of the audience is a little disappointed with the way that showrunners have handled the final hours of this fantasy universe.

As strange as it is to say, there are no more episodes of Game of Thrones to go. We don't envy the writers having to wrap everything up.

Since the show started, there has been one overriding complaint.

Many people claim that they've never truly been able to get into the show, thanks to the overabundance of different characters.

As the curtains close on the final scene, many have found it tricky to keep track of where everyone actually ended up.

And there are a lot of characters who's stories needed closure.

Which meant that the final episode had a pretty big task on its hands.

In episode five, we saw some serious destruction take place.

Daenerys Targaryen finally made her invasion on King's Landing - something that she has promised to do since the very first season of the show.

But not everything went according to plan.

Daenerys, unfortunately, lived up to her father's reputation for having a propensity for madness, burning large sections of the city to the ground.

Which brings us to the finale.

And needless to say, if you don't want to know what happened to all the major players in the show, you'd better stop reading now.

Jaime and Cersei Lannister appeared to perish in episode five, as the Red Keep collapsed on them. There was a suspicion that Jaime may have survived, but this episode proved that not to be the case.

Tyrion realized at the end of episode five that he'd backed the wrong horse, and the Queen that he'd chosen was not fit to rule. He betrayed her and was thrown in prison. But from there, he encouraged Jon Snow to overthrow Daenerys, and his life was spared. In fact, Tyrion ends the series as the Hand once more, but to a new ruler.

And as for Daenerys...

Well, it was clear after she started torching innocent civilians that she wasn't likely to get a happy ending. While celebrating her victory, she was betrayed by her nephew/lover, Jon Snow, who stabbed her to death.

But you can't have thought that Jon Snow would get away with it.

In spite of his life being spared by the leaders of the major houses, no one thought that his treason could go totally unpunished. So guess what? Jon ended the show pretty much where he started - on the Wall, as a part of the Night's Watch.

And this wasn't even the episode's biggest surprise.

Because you'll never guess who ended up on the Iron Throne as the ruler of Westeros. Well, it was none other than Bran Stark, the Three-Eyed Raven, who was chosen by a group of his peers.

And he wasn't the only Stark on an unexpected path.

Arya Stark decided that she wanted to explore further than she already had in her short years, heading out on a ship to discover what was west of Westeros.

And as for Sansa?

Well, she refused to bend the knee to the ruler of the seven kingdoms, even if he was her own little brother. Instead, she declared independence for the North, and was crowned queen.

Fans were happy about one thing, though.

We got to see the much-maligned direwolf, Ghost, once more. After losing an ear battling the dead, viewers were disappointed not to get any closure on the character, but in the final moments of the episode, he was reunited with his owner, Jon Snow.

And Ghost wasn't the only fan-fave at the Wall.

Tormund Gianstbane, the wildling warrior with a huge crush on Brienne, was also spotted one last time, working with Jon Snow and the Night's Watch.

Not everything was wrapped up, though.

After Drogon discovered Daenerys' lifeless body, he used his fire-breathing powers to torch the Iron Throne and took off with his mother in tow.

Some endings were a little cornier.

For example, that of Edmure Tully. The uncle to the remaining Stark siblings threw his hat into the ring and volunteered as king before being put firmly in his place by his teenage niece, Sansa.

But at least Brienne had a happy ending.

Well, kind of. Viewers saw the knight sitting on the new King's council. She also seemed to forgive Jaime for his betrayal, writing his history out in a surprisingly flattering way.

Also on the council...

Ser Davos Seaworth! He took his rightful place as the Master of Ships.

And he wasn't the only surprise.

Ser Bronn of the Blackwater was also sitting in one of the most prestigious seats in Westeros, as the newly appointed Master of Coin.

But there was at least one member that everyone expected to see there.

Samwell Tarly took his place as the Grand Maester; his seasons spent studying at the Citadel finally paid off.

And it turned out the Citadel had played a pretty vital role.

While there, the Maesters had composed the written history of everything that had happened after the death of Robert Baratheon into one extensive book.

And that book had a familiar title.

It was called A Song of Ice and Fire - which big Game of Thrones fans will know is the name of the book series that the show is based on.

Love or hate the finale, viewers can agree on one thing.

We're all going to be very sad to say goodbye to our favorite characters - and come next week, we'll be we feel ever more bereft!

But now fans have come up with a frightening theory about another major character.

At the end of the finale, it seemed as though Grey Worm had managed to survive the massacre and decided to sail off with the rest of his Unsullied. Their destination? The island of Naath.

The isle was the homeland of his dead lover, Missandei.

But there was another distinctive aspect to Naath, which was not mentioned in the HBO series, but was featured in the books. "A large species of butterfly on Naath is a carrier for a horrific disease that makes the flesh literally slough off of a man’s bones, but the Naathi themselves are immune to it. For centuries, would-be foreign invaders would end up succumbing to the ‘butterfly fever,’ and the Naathi say none maintained a presence on the island for more than a single year."

Although this danger wasn't explicitly mentioned in the television series, there was a nod to the poisonous insect that has got many fans worried. In the credits, the sigil beside Nathalie Emmanuel's name is none other than a butterfly.

This revelation has got fans of Grey Worm worried.

And many have pointed out that for such a great warrior to succumb to such a conventionally gentle and cute animal seems ironic. It's true what Bart Simpson famously said.

After all Grey Worm has been through, this is almost too much to bear.

Sure, maybe he went a little off the rails in the final episode - but still. For a man who's spent his whole life fighting, we hoped he at least had a relaxing island getaway to look forward to.