Bring on the fan theories. | 22 Words 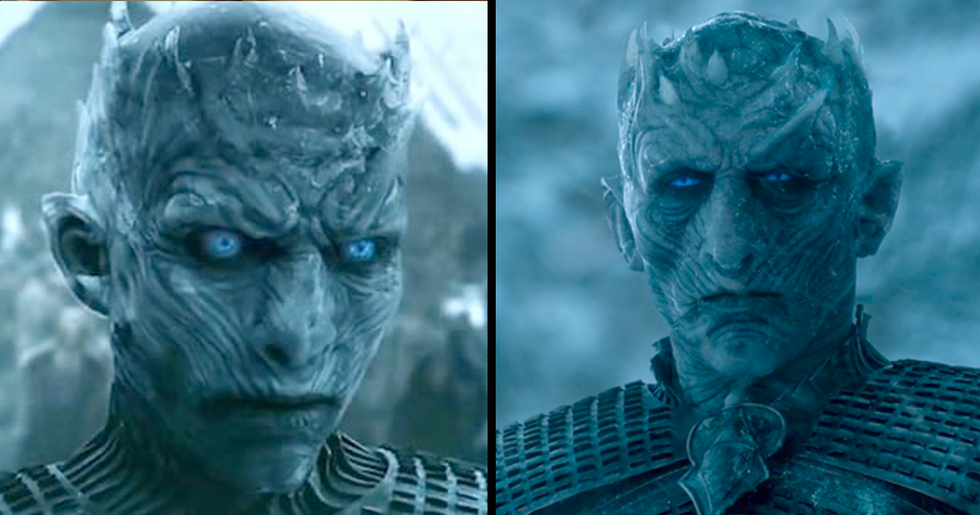 Like it or hate it, we’ve all had to deal with the cultural phenomena that is Game of Thrones since its conception in 2008. Now, I consider myself quite cynical and snooty when it comes to box-set digestible, but even I must admit, HBO’s Game of Thrones has succeeded in awakening the child in me - be it a violent, vindictive, sexually repressed child. There’s something for everyone. Machiavellian political jockeying, severed heads, strong female role models and even castration.

It’s a hit show in every sense, but, unfortunately, ninety million dollars later, the show is soon to come to an end, closing otherwise open plot strands all over the writer’s room. The latest of which is more a rumour, than a ratified concept - but it does hold true to the Game of Thrones' logic. Let’s take a look (spoilers ahead)!

It’s been a long run

2 days, 16 hours and 24 minutes to be exact. That’s how long it would take you to watch the entirety of Game of Thrones, up until this point.

It’s known for its twists and turns

The hit show captured the hearts and minds of its international audience by subverting the fantasy genre’s standard good vs evil dichotomy.

No one's to be trusted, everyone’s terrible

There are no morally spotless characters on Game of Thrones, they’re all just terrible people, and therein lies its charm.

Granted that a child did murder him, but maybe he’d been indoctrinated by those charmers at the knight's watch.

The last thing you’re ever going to see…

It’s a rich tapestry of murderers, rapists and sadists

Now there’s a new season out

Can’t say much happened in it. John Snow road a dragon and got it on next to a waterfall, Sam found out that Daenerys killed his family, and it turns out the King in the North is a Targaryen.

It does beg the question

Once the vacuum left by the GOT finale has been opened, what will fill it?

Prompting scores of idle adolescences to shave their heads and pursue careers in chemistry.

And we’ve had a dystopic feminist societal critique

Prompting this rather unflattering photo of Aunt Lydia.

It’s tough. What are we going to do when we can no longer watch our favourite dragon show?

Not that there are any others.

Now, with every serious fan, comes a fan theories

Write any hit screenplay and watch as, in the post-digital age, scores of bored fans take to the internet to submit their favourite theories.

Warning, this may get nerdy.

I’m not a nerd apologist, nor should I be.

This particular conspiracy revolves around The Night King.

As is routine, conspiracies are most interested in the plainest, most evil character.

Some background on the Night King

He’s the don dada of the white walkers. A malignant zombie force, marching south, to battle a wide range of regional accents - most notably a cod-Yorkshire one, donned by posh actors like (no joke - this is actually his name) Christopher Catesby Harington.

He first appears in this scene

Maybe he just wants a holiday?

Last season, we got a valuable insight into how The Night King was born.

Yes, that’s right. He was just a regular guy that got stabbed by a tree person… because… forests…

Bring on the fan theories.

Okay so here it is, here’s the groundbreaking reveal. I hope you’re sitting comfortably.

So, you know how the Targaryen symbol is that strange spirally thing?

It’s not the best-designed symbol, but they spent a long time with the focus group and wanted to cash-in the hours.

Well, that same spiral symbol keeps popping up in the wrong places

Like here, with an unfortunate tertiary character nailed to it.

What does this all mean?

Does The Night King have some kind of a connection to House Targaryen?

So, only Targaryens can ride a dragon. Which is a shame, because it looks fun.

And, in this scene, John Snow rides a dragon

To try and show off in front of his new girlfriend. It’s all a bit petty really. However, it suits the belated realisation that Mr Snow is actually a Targaryen.

But do you know who else rides a Dragon?

The Night King - granted it’s a special zombie snow dragon, but a dragon none the less.

Could The Night King be a Targaryen?