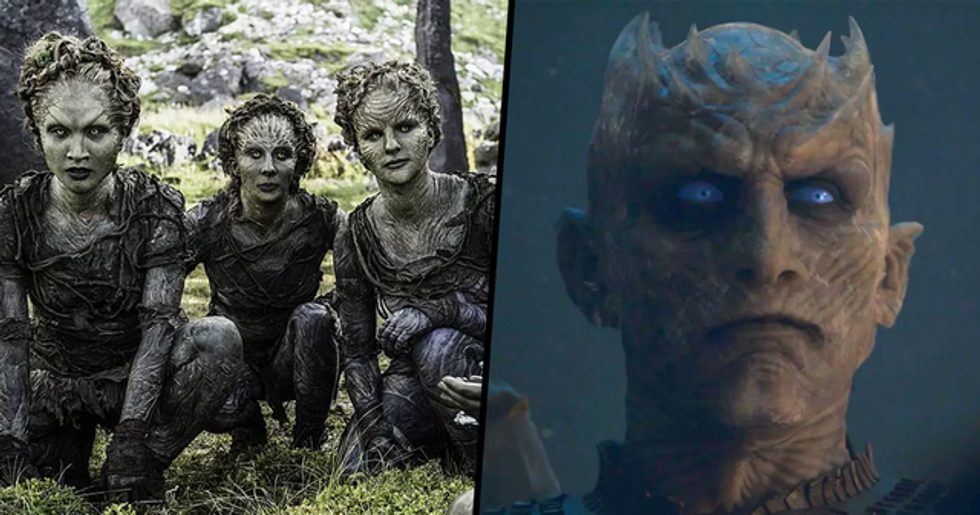 When Game of Thrones ended last month many of us were left with a large hole in our lives - not least because of that extra disappointing finale. But the guys at HBO are smart and they're quick to fill the gap, with several different Game of Thrones adjacent shows immediately appearing on the horizon. While some of these shows are still pipe dreams, there's one that's already going at full steam ahead.

We've already run you through the announced cast of the upcoming prequel and now reports have aired that the show has already started filming in Northern Ireland.

Game of Thrones was an epic decade-long television event.

Set in the fictional kingdom of Westeros, the show depicted the events following the death of Robert Baratheon and the battles for the crown that followed.

And after a ten-year-long commitment to a specific set of characters and relationships, for many fans of the show, it was hard to let go.

Although the eighth and final season had a pretty mixed reception.

Many thought that the events of the final series seemed rushed. There were also complaints about the deaths (and survivals) of many major characters, plus the eventual ruler over Westeros was... well, underwhelming.

Which led some to have a very specific reaction.

There are many who aren't quite ready to say goodbye to the fictional world yet - and it seems like HBO agreed with them. There have already been several spin-offs of the show announced.

It's safe to say the internet is pretty excited.

While there have, so far, been a rumored four new shows in the works, there's one that seems to be further along in production than the others, with a cast and setting having already been announced.

The pilot is set to be directed by S.J. Clarkson.

You may have seen some of Clarkson's work before - Netflix miniseries, The Defenders, the untitled upcoming Star Trek sequel, and superhero-detective hybrid Jessica Jones, are just some of the titles attached to Clarkson's much-loved name.

The announcement of the cast list got people excited.

There are a few famous names (and some definite rising stars) attached to the project. One is Josh Whitehouse, a British actor known for his role in the BBC series, Northern Soul, and period drama, Poldark.

Some of the stars are more famous for their roles on stage.

Denise Gough is one such actress, who's best known for her stage work, and has won a prestigious Laurence Olivier award not once, but twice.

Others are more instantly recognizable.

Jamie Campbell Bower is also set to star in the series. Fans may remember his face from the Twilight movies, alongside his roles in Sweeney Todd and Mortal Instruments.

But there's one name belonging to a bonafide celebrity.

The biggest name attached to the project is undoubtedly that of Naomi Watts. The British actress has starred in a range of blockbusters, including horror classic, The Ring, and psychological thriller, Mulholland Drive.

The creator of the spin-off also has an impressive portfolio.

The new spin-off was created by Jane Goldman. You may recognize her work from comedy-superhero vehicle, Kick Ass, and action-spy movie, Kingsman.

And there's another big name attached to the project.

George R.R. Martin - the author who wrote the original series of novels upon which Game of Thrones was based, has written the series with Goldman!

The series is set in the same universe.

The events of the show do take place in Westeros, but it may be that the similarities to the original Game of Thrones series will end there.

The show actually takes place thousands of years before the events of Game of Thrones.

We've heard a little bit about this time before, when Jon Snow shared with Daenerys the cave markings underneath Dragonstone. They depicted the fight between the Children of the Forest, the First Men, and the White Walkers.

The Children of the Forest have been seen before.

They exist primarily north of the wall and were seen battling the Wights, saving Bran Stark's life. These Children may play a bigger role in the upcoming prequel.

It was revealed in Game of Thrones that they actually created the Night King.

We're still not 100% sure why they did this - so hopefully the mystery of this will be a central theme in the upcoming series. By connecting the prequel to the much-loved series, HBO likely hopes to ensure the same levels of popularity.

It's likely that the White Walkers will play a major role.

It's thought that the (as yet untitled) series will deal with the period of descent from the golden age of heroes into Westeros's darkest hour, before the invasion of the Targaryen conquerors.

We expect the story to deal with the origins of the story of Game of Thrones.

We know a little of the ancient history through the Old Gods of the Starks - but there is still much to be revealed. We know we'll be watching!

There's been a Westeros shaped hole in the lives of many fans since Game of Thrones ended last month. Any crumb of new information, even vaguely related to the fictional world, will likely be extremely eagerly received.

Although some think that the creators have missed an opportunity.

Many fans were hopeful that the prequel would focus on some of the characters (or, at least, families) that we know and love from the original series. But, with at least three more shows on the horizon, the hope that we will one day see a teenage Ned Stark on our screens is still very much alive.