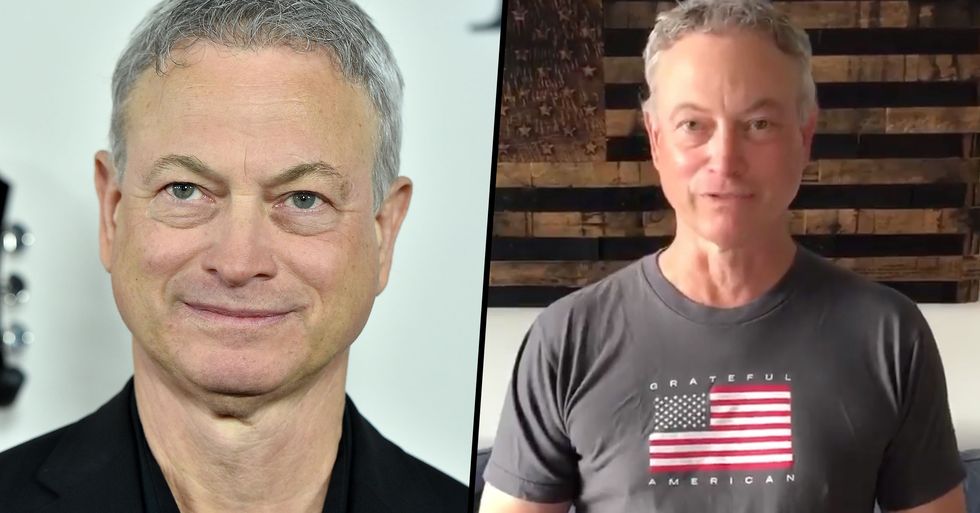 And now it seems he's getting the recognition he deserves...

His role in Forrest Gump, and his military activism.

And he's now been granted the ultimate honor.

In the form of the Humanitarian Award from the Location Managers Guild International.

He's been granted the honor due to his ongoing work with military personnel and their families.

And he's due to receive his accolade at the 7th Annual LMGI Awards on October 24th, according to Deadline.

The ceremony is set to be held remotely due to COVID.

"The LMGI proudly salutes Gary Sinise. We are humbled to help shine a light on the impact he and his foundation make on our military, veterans, and first responder communities that they serve," their statement reads.

The Snowball Express was able to gain support from Disney, who offered to relocate their annual 5-day-trip to the Walt Disney World resort in Florida. Thousands of the children of our country's fallen soldiers have been able to experience one of the most magical places on earth.

600 flags were lined up at Disney World to represent each of their loved ones lost in combat. The foundation has put a smile on the faces of 1,750 children, to be precise.

In the past, Sinise has been honored with a Congressional Medal of Honor Society Award!

He was handed the award in California earlier this year for his help supporting veterans.

And the Patriot Award is the highest honor given out by the society.

It's awarded to the people that have contributed significantly to the military services.

Sinise is one of the biggest advocates for the wellbeing of veterans.

He wanted to help improve the lives of servicemen and women, which motivated him to establish the Gary Sinise Foundation in 2010.

"The foundation helps the nation's 'defenders, veterans, first responders, their families and those in need' by 'creating and supporting unique programs designed to entertain, educate, inspire, strengthen, and build communities."

Sinise gives his own statement on the website, saying...

"Freedom and security are precious gifts that we, as Americans, should never take for granted." "We must do all we can to extend our hand in times of need to those who willingly sacrifice each day to provide that freedom and security." "While we can never do enough to show gratitude to our nation's defenders, we can always do a little more."

Sinise is a good guy through and through.

He has spoken up about what inspired him to start helping veterans.

What a noble cause.

He admitted that the aftermath of 9/11 made him gain a fierce dedication to helping veterans and their families.

This was made clear in his interview with TIME Magazine.

He said, "Quite frankly, if we hadn't been attacked on September 11, and we didn't deploy to Iraq and Afghanistan, and our people didn't start getting hurt and killed, I don't know what I'd be doing right now."

Something in him cracked.

Want to read another heartwarming story involving the military? Scroll on for an adorable doggy initiative...