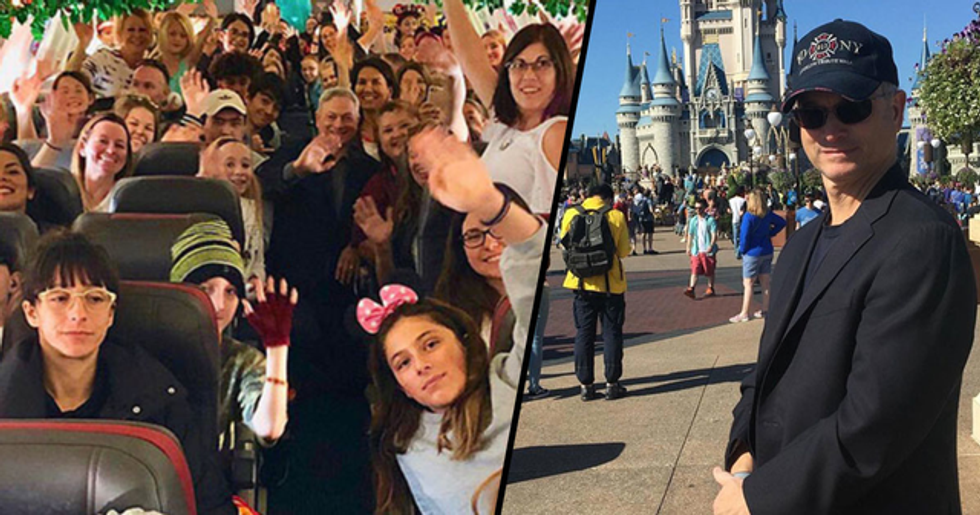 Gary Sinise Took Over 1,000 Children Of Fallen Soldiers To Disneyland Free Of Charge

And now, the Gary Sinise Foundation has partnered with the Snowball Express organization by taking the families of the fallen veterans to experience the magic of Walt Disney World in Florida... All for no cost.

Keep scrolling to read more about Sinise's fantastic gesture, and to hear about the difference he has been making to these families' lives.

Sinise has gone on to dedicate a large proportion of his life to honor and help U.S. military veterans.

And, in 2011, the actor launched the Gary Sinise Foundation.

The Gary Sinise Foundation aims to serve and honor the nation’s defenders, veterans, first responders, and their families.

As well as raising money, the foundation also aims to entertain, educate, inspire, strengthen and build the communities affected by the impacts of war.

The Snowball Express was able to gain support from Disney, who offered to relocate their annual 5-day-trip to the Walt Disney World resort in Florida.

Now, thanks to Sinise's foundation...

Thousands of the children of our country's fallen soldiers have been able to experience one of the most magical places on earth.

600 flags were lined up at Disney World to represent each of their loved ones lost in combat.

The foundation has put a smile on the faces of over a thousand children...

And that number is only going to continue growing.

Because the Disney World trip runs every year, and Sinise has no plans on slowing down.

Disney World isn't the only location that the foundation includes...

Their smiles say it all! So happy to see @GarySiniseFound Snowball Express serving the children of our nation’s fal… https://t.co/kjgfUxw7Tf
— Gary Sinise (@Gary Sinise)1565459795.0

Children and families have also been taken to meet sea lions in Atlanta, and are flown all over the U.S. to various attractions. These families need all the help and support that they can get, and the Gary Sinise Foundation is working tirelessly to make their lives that little bit more magical.