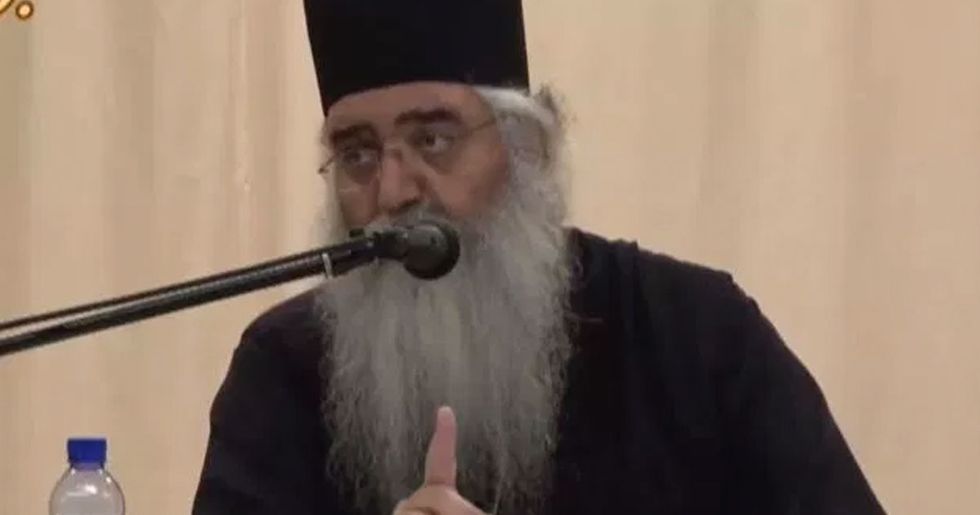 Nowadays, it seems like a headline isn't a real headline if it doesn't include a weird and slightly disturbing quote from a bishop. In an increasingly secular society, it seems as if we're not as strict with our beliefs as we used to be. So most religious leaders seem to be problematic in one way or another.

While we're continuing living our best lives, it seems as if some people are still extremely caught up in making others' lives harder. I thought we were over brainwashing the masses? No? Not yet?

People have been trying to find out "what makes people gay" for decades.

This is the debate that has divided the world. Is it a choice, or are people born this way?

A recent article by The Guardian states that sexuality is in fact a "choice" as opposed to something that we are born with.

The argument says that we can actively choose who we're sexually attracted to.

Simon Copeland argues that, because our sexual desires "can change" at any given time, people argue that it must be a choice. If they couldn't change, then there would be a stronger argument for those who believe that being gay is trait that you're born with.

But that raises so many important questions that the "choice" argument cannot answer.

What about those people who struggle with their sexual orientation? Even though, as a society, we are becoming more aware and accepting of the LGBTQ+ community, it's hard to deny that there is still a social stigma surrounding the issue.

People have been trying to "cure" gay people for years.

There have been so many forms of therapy aimed at the LGBTQ+ community to try to get them to "change."

Recently, China was outed for its horrible treatment of gay people.

Their answer to curing people of their "gayness" was using a method called "gay conversion therapy."

This involved electric shocks and pills.

There were a couple of detailed case studies consisting of intense verbal and mental abuse, forced medication, and electric shock therapy, which were all taking place in hospitals across China.

And it only gets worse...

Doctors who were part of the clinic that used this method were being paid up to four thousand dollars per treatment, thus highlighting how professionals were using their power in order to exploit the community for their own gain.

Since all of this was exposed, the "Human Rights Watch" has been keeping a close eye on these clinics.

And people across the country have been protesting against the disgusting treatment of openly gay individuals. An artist named Wu Qiong staged a protest in which he sent red trucks with slogans denouncing homosexual “conversion therapy" through major cities in China.

Scientific research has proved that there are some links between genes and sexuality.

The origin of our sexuality comes from "gay genes," claims Qazi Rahman. The argument is very complex but relies heavily on biological factors that help to determine our sexuality.

But this bishop has other ideas...

The Bishop of Morphou Neophytos shocked the world when he made a bold and slightly disturbing comment about how gay people have come to exist. Prepare yourselves for this one, guys...

His theory has nothing to do with science or choice, or any God-given evidence.

He said: "It happens during the parent’s intercourse or pregnancy" wherein the desire is born and passed on when the woman enjoys sexual acts of the sort.

Let's be clear on one thing here.

This argument doesn't have a leg to stand on. It was literally plucked out of thin air and spewed out to everyone that was watching the speech. I mean, if this was a legitimate theory, there would definitely be biological evidence to prove it, right? Can you point me in the direction of this evidence, Mr. Bishop?

We may never agree on the "Science vs Choice..."

But there's one thing that we can all agree on and it's that this bishop needs to resign. Remember when we said that it wouldn't be a regular day at the office unless some religious guy is in the headlines for something totally odd? Well, keep reading to learn more about televangelist, Jim Bakker, who recently warned that Christians will die is Trump loses in 2020. Yep, you heard that right...