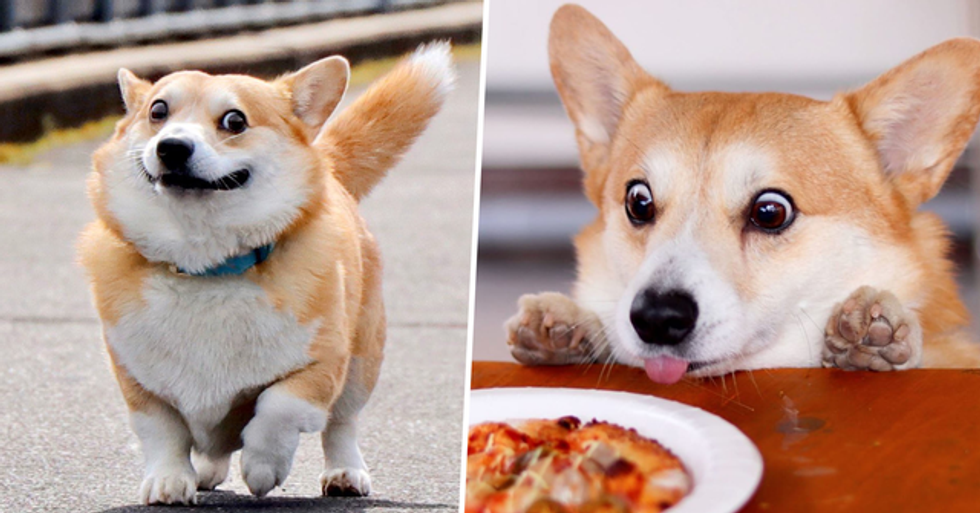 An excitable corgi has recently gained viral fame for her wild, yet adorable facial expressions.

We are living in an era of Insta famous pets.

Once a platform for sharing selfies and food photos, Instagram is now riddled with adorable animals... And we wouldn't have it any other way.

Now, we've all gone to extreme lengths to get cute photos of our pets...

And I'm sure you all know the pain of trying to get your animal to sit and pose cutely for the camera.

But there are some animals out there who gain a little more attention than others.

While your cats' Instagram page sits on a thirty-strong following, there are some animals with tens of thousands - and even millions - of followers.

With a firm following of over 2.4 million, Lil Bub, who was born with a rare form of dwarfism, was one of the internet's most famous cats...

Until she died in December last year, that is. Rest in peace, Lil Bub.

Pumpkin the Racoon, who was rescued by her family after falling from a tree as a cub, boasts an impressive 1.3 million followers.

There's even an Insta-famous pig.

Hamlet the pig (the very cute pig, might I add), was originally a therapy pig from Nashville, but she has now grown into a viral sensation, with over 372K Instagram followers.

But, out of all the Insta animals out there...

Dogs are by far the most popular.

It doesn't take a genius to realize that dogs are the superior pet...

So, of course, dog Instagram accounts are on the rise.

There's a real market for these famous pooches these days...

For instance, Jiff Pom has over 10 million followers. Yep, this dog is more successful than you ever will be. Just let that sink in.

But, out of all the Insta-famous dogs out there...

There is one who reigns supreme.

Gen the Corgi, who lives in Japan, has gained a hefty Instagram following for - you guessed it - his hilarious facial expressions.

Gen is quite the looker.

The pooch, who now has 114K followers on the platform, is much loved for his erratic and cartoonish facial expressions when out running and playing.

His expressions are so damn relatable...

I think we've all stared at a plate of pasta like this before.

Though not many of us would be so pleased with this outfit...

But hey, a little clothing blunder isn't enough to slow Gen down.

However, behind his beautiful, slightly goofy smile...

Gen is actually quite a poorly pooch. Speaking to Bored Panda, his owner explained: "Gen was born with hereditary chronic renal failure. It cannot be cured. This disease causes Gen to experience polyuria (urinating more than usual), polydipsia (being thirsty all the time), anemia, malaise, and high blood pressure."

And, to make things worse...

But he doesn't let these health problems stop him from living his life to its fullest.

His owner attributes this to the dog living a happy and loving life: "A dog is family. Even if a puppy comes to you with many incurable diseases it has had since birth, it's not a reason to let go of it."

His owner knows that Gen won't live as long as other dogs...

"Yes, Gen will live a much shorter life than your average dog and yes, his treatment costs a huge amount of money, but we, his owners, will continue to give him [the best treatment we can] and enormous amounts of love. I think that sticking to your treatment and spending time with your loved ones are the secrets to having a great short life."

For more viral dogs, keep reading to see the dog who gained fame for its twelve-inch snout...