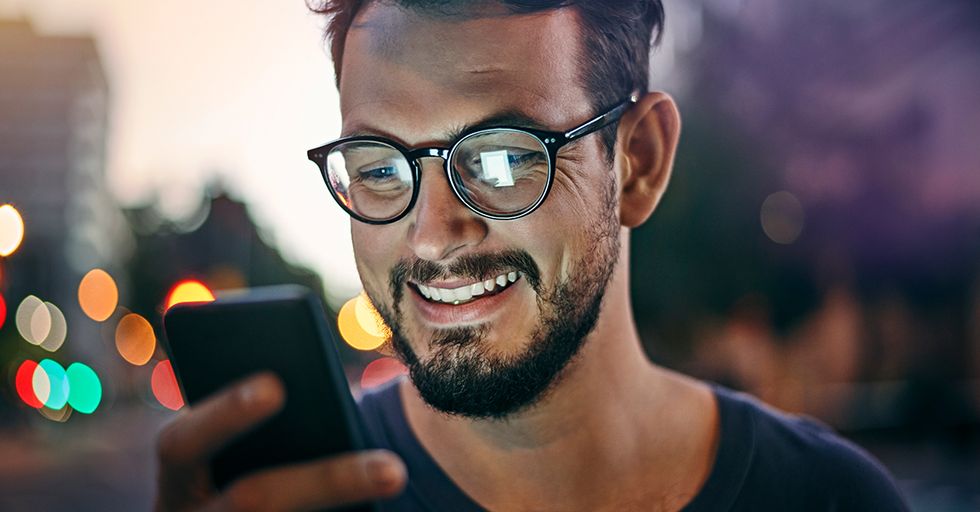 10 Genius Smartphone Features That Most People Don't Know About Yet

Ah, smartphones. They're basically tiny, powerful computers that fit completely in our pockets.

And they're easy to use! The best smartphones are the ones so intuitive that all you have to do is swipe here and jiggle here and do what you want.

But did you know some had hidden features?

Here are a few.

1. You can use the Android's spacebar to move the cursor

Well here's a game-changer for those of us with larger fingers. Simply swipe the spacebar if you're using the GBoard on Android, and you can move the cursor left or right.
If this isn't cool enough, you can also swipe to the left (you have to start on the backspace key) and this'll delete things instead. If you have an iPhone, you can use 3D Touch anywhere on the keyboard to use the same feature.

Did you know you can schedule when you want a message to send on your Android? True story.
When you're typing a message, there's a pull-down list on the top right (next to the call button). This list has an option to schedule your message. Super helpful when your family and friends live in different time zones.

3. You can listen to the radio on your Android

Without having to use the internet, no less! Turns out a lot of cellphones can actually access FM radio as long as you have corded headphones, which can double as antennas. Who knew, right?
iPhones, sadly, don't have this capability, although they did offer FM support packs once upon a long time ago...

4. Do not disturb mode - most phones

We honestly don't know why people don't use this feature more. Most phones come with it, and it basically puts your phone on silent for a set period of time.
Alerts will still go off, of course, but everything else is muted. If someone does need to speak with you desperately, all they need to do is call twice within five minutes and your phone will vibrate.

Did you know that your iPhone can remind you when to go to sleep, as well as wake you up at a scheduled time?
The Bedtime function is a cross between Do Not Disturb mode and an alarm. You can find it on your iPhone in the clock app, right between your alarm and the stopwatch.

6. You can turn your flashlight on and off using magic words - Android

Well, okay, they're not magic, but they're still pretty cool. For the newer Android phones, you can say, "okay, Google, lumos" and your flashlight will turn on.
"Okay, google, nox," will turn the flashlight off. Ain't magic cool?

7. Your phone's compass app comes with something a little extra

It's a level – you know, that nifty tool you use to hang your pictures straight. Most phone compass apps should have it.
A word of warning, however, the phone's level is not 100 percent accurate. For instance, you can use it for a washing machine, but not for shelves.

8. There's a split screen on Android

No, seriously, all you have to do is hold down the tab icon, and you phone will become a super nifty split screen.
This is very handy for the multitaskers among us who don't want to sacrifice Twitter to the gods of Instagram, or are having difficulty deciding between Googling things or going on Facebook. With split screen, all things are possible!

Siri's super helpful, actually. All you have to do is ask, "hey, Siri, where's my phone," and she'll reply "follow the sound of my voice."
Nifty, huh? Now, if only we could get her to find our keys for us...

10. You can change your phone's light to sleep better

This might be one of the most useful things our phones can do. Turns out all that bright blue light phones emit is super bad for our sleep patterns.
It tricks our eyes into thinking it's still daytime, and prevents us from going to sleep early. Most phones now have night shift settings which tone down the blue light in the evenings so you get to sleep faster. Pretty cool, huh?