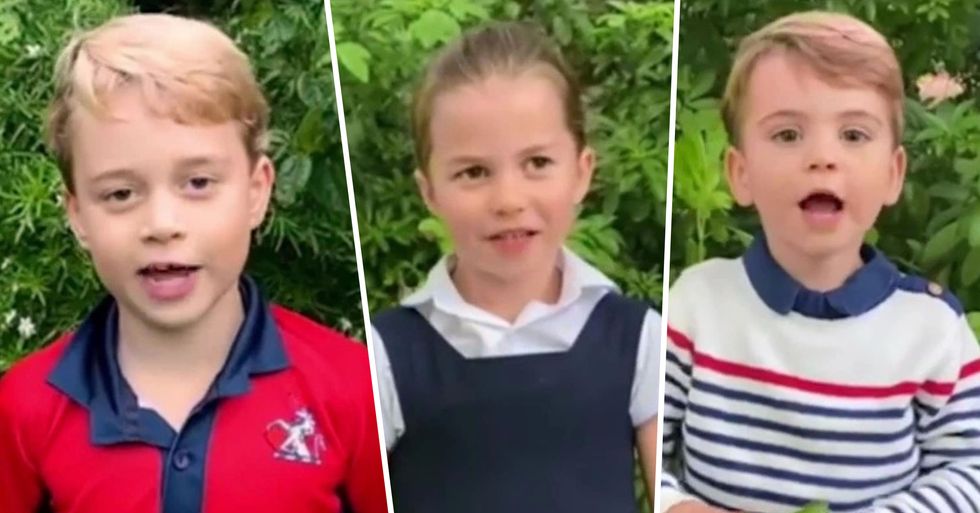 Prince George, Princess Charlotte, and Prince Louis's voices have been heard for the first time in an adorable new video, and fans can't get enough of the cuteness...

Royal fans had their hearts well and truly melted over the weekend.

But, amid all the cuteness...

Fans were quick to point out that this is the first time we are hearing the kids' voices.

Twitter well and truly exploded with reactions to the adorable clip.

And their kids are growing up fast!

Over the weekend, the 3 children featured in an adorable video.

The internet well and truly gushed over the sweet video.

And reactions came pouring in.

@KensingtonRoyal What a gorgeous way to start the weekend. Thank you so much for sharing this with us! They are growing up so fast!
— Lisa (@Lisa)1601731854.0

Check out the full clip below.

How adorable! If you want to read more on William and Kate, scroll on to see what happened when a body language expert analyzed their relationship with their kids...