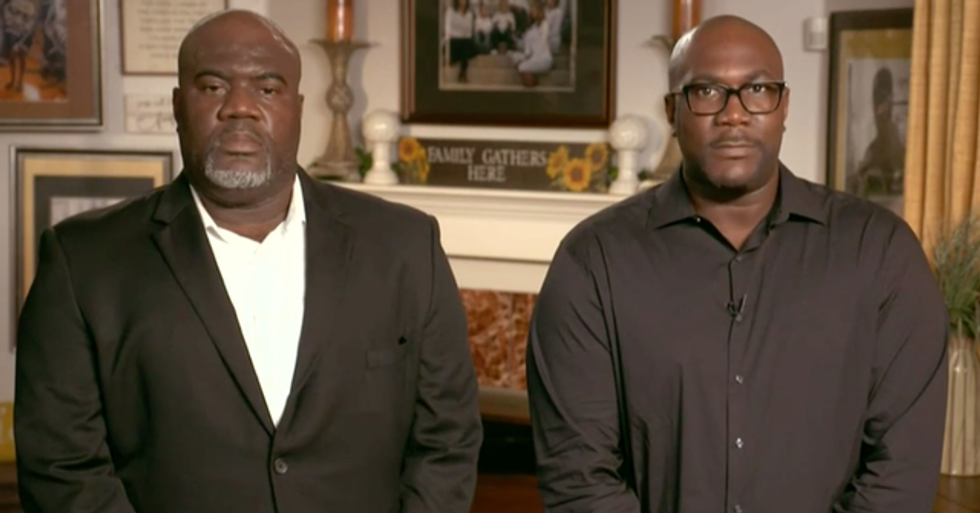 The world was shaken when the original footage of George Floyd's murder went viral. Now his brothers have spoken out, and the internet has blown up in response.

And it was an incredibly emotional watch.

The two appeared from their homes in Houston.

And led a national moment of silence for their lost brother.

"My brother George was selfless."

"He always made sacrifices for his family, friends, and even complete strangers," said Philonise.

"George had a giving spirit — a spirit that has shown up on streets around our nation, and around the world."

"People of all races, all ages, all genders, all backgrounds — peacefully protesting in the name of love and unity."

"It's up to us to carry on the fight for justice. Our actions will be their legacies. We must always find ourselves in what John Lewis called 'good trouble.' For the names we do not know, the faces we will never see, those who can't mourn, because their murders didn't go viral."

This story has truly shaken communities worldwide, and the speech solicited some strong reactions across the internet.

And now Floyd's brothers have spoken out.

And it's truly heartbreaking to watch.

@CNN George must be remembered, if Donald Trump gets re-elected he will have died without proper recognition! #BlackLivesMatter
— THAT DEMOCRAT (@THAT DEMOCRAT)1597717316.0

Most powerful speech of the evening, from George Floyd’s brother, culminates in a moment of silence “for those we l… https://t.co/J3XtlEnxhR
— Julie Cohen (@Julie Cohen)1597714312.0