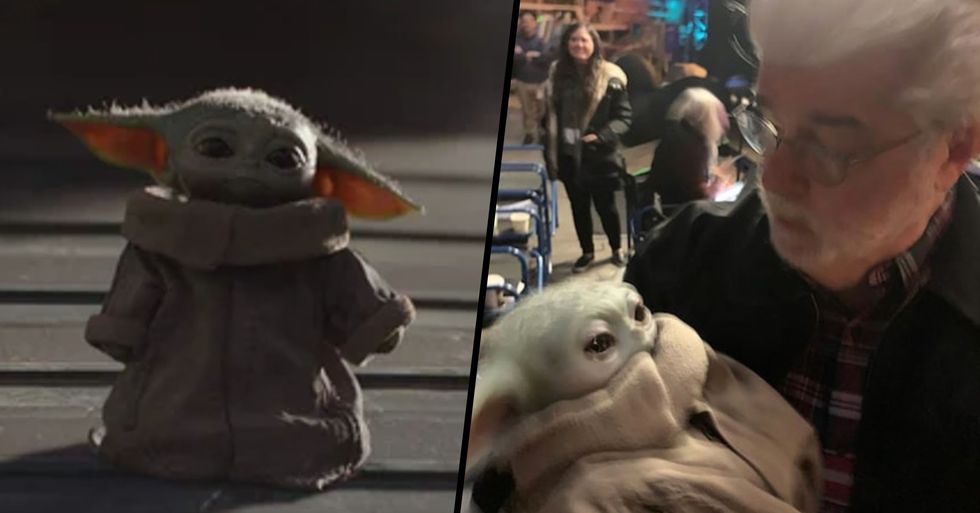 But this week, the internet is gushing over baby Yoda once again, but this time for finally meeting Star Wars creator, George Lucas, and we honestly can't handle it.

The picture is heart-melting. Keep scrolling to take a look...

The original sci-fi spin-off series, set in the Star Wars universe, has drawn in significant praise from fans, who have eagerly dug into the episodes when the show landed on Disney +.

Fans can't get enough, with some branding the show a "masterpiece."

Many have been said that the show trumps all the other Star Wars spin-offs, creating a quintessential Star Wars tone that mirrors that of the classics. A second season has already been announced. Find out more about one development that's got fans divided at the end.

Why? Because Star Wars creator, George Lucas finally met him. Keep scrolling to see the picture... we can't handle the cuteness.

Lucas is a huge name in the world of film.

Not only did he create the Star Wars franchise, but the Indiana Jones franchise too... Oh and he also founded Lucasfilm. Safe to say he's been pretty busy.

As you can imagine, George Lucas means a lot to Star Wars fans...

So this moment was a pretty big deal.

Lucas met the creature while on set shooting for The Mandalorian season 2.

So he took a snap of Lucas meeting baby Yoda and shared it online.

Reactions have been fairly strong online.

Fans have been going crazy over the snap, to say the least.

Twitter was flooded with fans unable to contain their excitement at the shot.

Of course, it was Lucas that created Jedi Master Yoda for his 1980 flick Star Wars: The Empire Strikes Back. "The Maker and The Child," wrote one Twitter user.  "The circle is now complete," added another.

He really does look like a proud grandpa! To learn more about The Mandorlorian season 2, keep scrolling. Fans are divided on one character rumored to be featured...