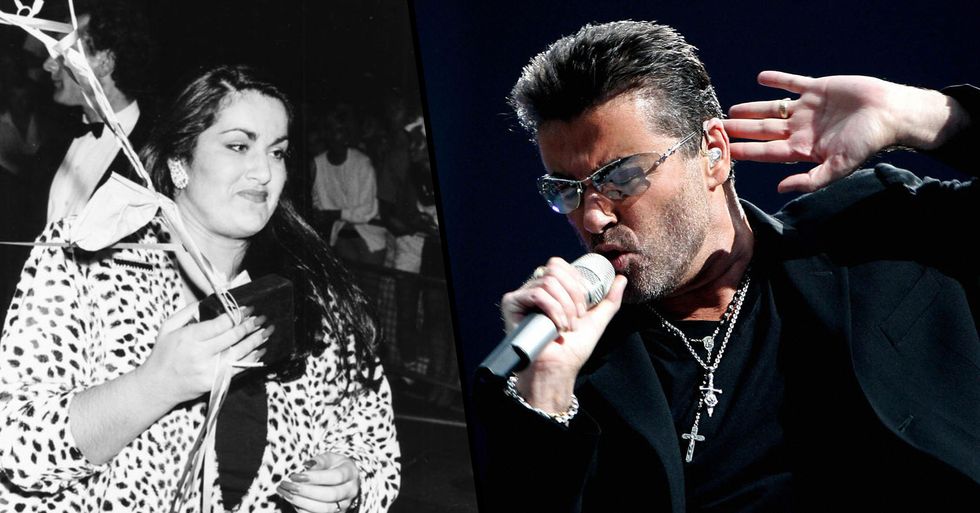 3 years ago, the world grieved as the news surfaced that singing legend, George Michael, had tragically passed away.

Now, his sister, Melanie, has also heartbreakingly been found dead on the third anniversary of her famous brother's death, just days after penning a touching tribute to George.

George Michael was one of the leading stars of the '80s and '90s.

Born Georgios Kyriacos Panayiotou on June 25, 1963, in East Finchley, London, England, the singing icon took the world by storm as part of the legendary band, Wham!, whom he formed with high school friend, Andrew Ridgeley.

The likes of "Wake Me Up Before You Go-Go," Everything She Wants," and of course, "Last Christmas" have gone down in music history as firm fan favorites.

After a successful stint, George went solo in 1986.

It was clear that George had emerged as the leading star of the group, so it was inevitable that he would eventually break away.

He enjoyed a successful solo career.

George earned his first Grammy Award for his duet with soul music legend Aretha Franklin for the single, "I Knew You Were Waiting." The same year, the star released his debut solo album, Faith, which became an instant hit - bagging him a Grammy for best album of the year.

But his private life painted a very different picture...

Following a string of arrests - including one on suspicion of illegal drugs in London in 2006, as well as rehab stays, it became clear that George's personal life was beginning to derail.

The singer came back with a vengeance and even released a cover of Stevie Wonder's 1972 hit, "You and I," as a gift to Prince William and Kate Middleton for the couple's wedding in 2011.

The news shook the world, and fans across the globe went into mourning for the loss of the legend.

An autopsy later revealed that the hitmaker had died from natural causes related to heart and liver disease. "It is with great sadness that we can confirm our beloved son, brother and friend George passed away peacefully at home over the Christmas period," read the statement by his publicist.

Today, some devastating news has surfaced.

George's sister, Melanie Panayiotou, has died at the age of 55.

Melanie was found dead on the third anniversary of her brother's death.

She was discovered in her North London by her sister, Yioda, on Christmas day.

An ambulance was called to the property on Wednesday evening.

A spokesperson for the Metropolitan Police told the Scottish Sun: “Officers were called by London Ambulance Service at approximately 19:35hrs on Wednesday, 25 December to reports of the sudden death of a woman, aged in her 50s, at an address in Oak Hill Park, NW3."

Just 2 days before her death, Melanie co-signed a letter from her family paying tribute to her late brother.

“I think we as a family, (there are lots of us, we Greek Cypriots, we’re everywhere)!! have come to fully appreciate (although we already knew really), quite how much love there is out there in the world, for both Yog and his beautiful music," read the letter published on the singer's official website. They continued: “It seems important that his generosity of spirit and natural empathy have touched you in a way that would have him embarrassed, all your kind words are really good to hear and we know you have always known his true heart."

The family had said in the tribute that they were remaining "as positive as possible" going into the new year.

“We are, as usual, staying as positive as possible, which is what we and Yog would wish for you all, and we are all hoping for a peaceful 2020."

But heartbreakingly, a representative for George confirmed the devastating news of Melanie's untimely death today.

“We can confirm that very tragically Melanie has passed away suddenly." “We would simply ask that the family’s privacy be respected at this very sad time. There will be no further comments."

It is not yet known what her cause of death is.

But her death is not being treated as suspicious and "a report will be compiled for the Coroner into the circumstances." Heartbreaking. R.I.P. Melanie. For more on stars we've lost this year, keep scrolling.