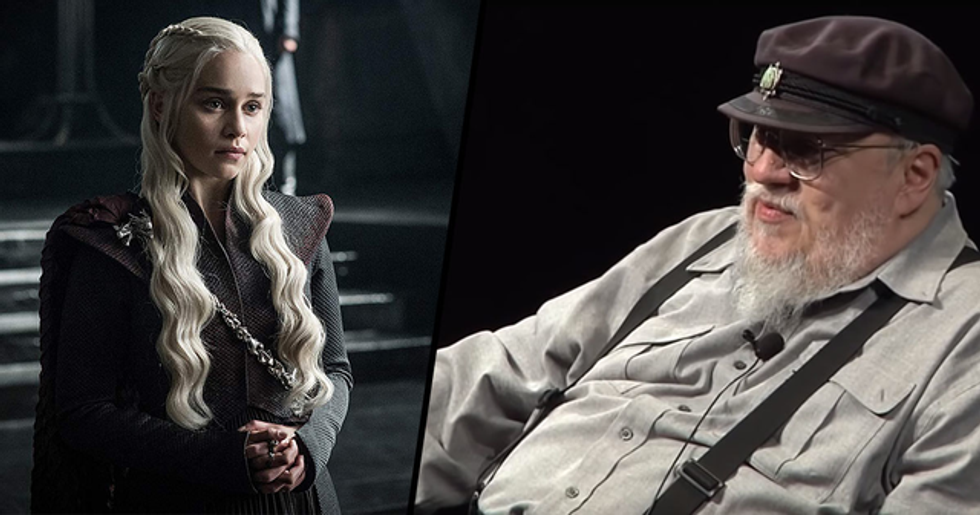 And now the writer of the original Song of Ice & Fire books the series was based on has offered his opinion. The writer claims he, too, felt less than satisfied with the way the show's controversial final season went. Curious about what George R.R. Martin has to say? Keep reading for his exclusive quotes

It ran for an epic eight seasons before finally reaching its conclusion earlier this year.

The dedication showrunners put in to create believable settings and well-rounded characters (and seemingly hundreds of them) made the fantasy seem oddly believable.

Game of Thrones was based on a series of fantasy novels called A Song of Ice & Fire, by esteemed writer George R.R. Martin.

That is, until season eight.

Angry Game of Throners created a "Remake Game of Thrones Season 8 with competent writers," which picked up more than 1.7 million signatures.

The main two people fans were annoyed at?

Show creators, David Benioff and D.B. Weiss. The petition read, the two "have proven themselves to be woefully incompetent writers when they have no source material (i.e. the books) to fall back on."

Fans felt the two had ruined what Martin had started.

"This series deserves a final season that makes sense. Subvert my expectations and make it happen, HBO!"

Jon Snow (or Kit Harrington) told Esquire, "How I feel about the show right now is quite defiant. I think no matter what anyone thinks about this season - and I don't mean to sound mean about critics here - but whatever critic spends half an hour writing about this season and makes their [negative] judgement on it, in my head they can go **** themselves."

Harrington wasn't the only one.

And now George R.R. Martin has opened up about the controversy.

He spoke to Fast Company about the making of season eight. "It can be... traumatic. Because sometimes their creative vision and your creative vision don't match, and you get the famous creative differences thing - that leads to a lot of conflict."

"The series has been... not completely faithful."

"Otherwise, it would have to run another five seasons." How disappointing!?

He explained the reason for the split.

"You get totally extraneous things like the studio or the network weighing in, and they have some particular thing that has nothing to do with story, but relates to 'Well this character has a very high Q Rating so let's give him a lot more stuff to do.'"

Which is all well and good ...

But that doesn't mean we're going to get the Game of Thrones television experience we deserve. Sigh. Still waiting for something to fill the Game of Thrones shaped hole in your life? Keep scrolling for an upcoming HBO series which might just help soothe you.