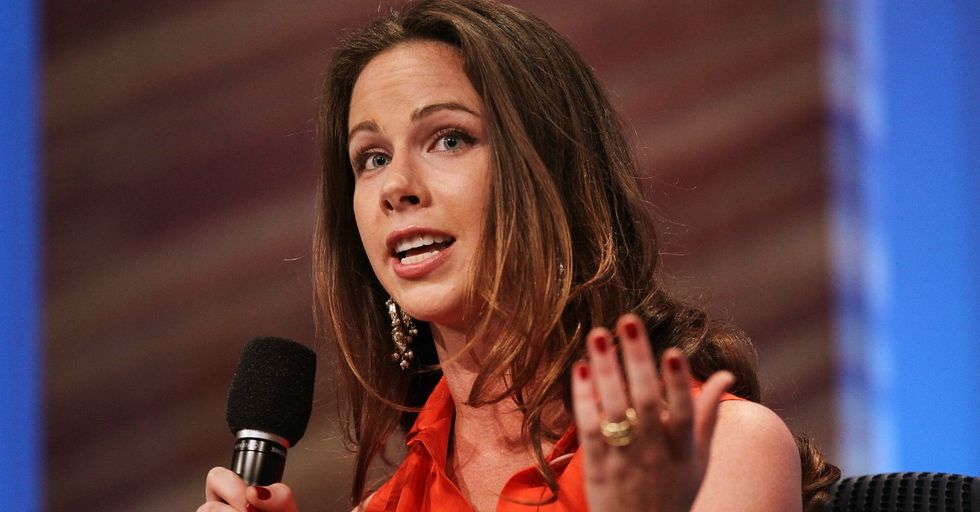 The 2016 presidential election was groundbreaking for a number of reasons. Hillary Clinton, the Democratic nominee, was the first-ever woman nominated by a major party for the United States presidency. Donald Trump, the Republican nominee, became the first U.S. president with zero political experience since Herbert Hoover during The Great Depression.

Since Trump's election, several life-long conservatives have publicly denounced the president's actions, including former president George W. Bush. But in a recent interview with the New Yorker, it was Bush's daughter Barbara who revealed something rather surprising, considering her extensive familial ties to the Republic party.

Barbara Pierce Bush, 35, is named after her grandmother, Barbara Bush. She is the daughter of former President George W. Bush and fraternal twin to sister Jenna Bush Hager.

Barbara has a long history of political activism, including endorsing marriage equality for the Human Rights Campaign, which is the largest lesbian, gay, bisexual, and transgender (LGBT) civil rights organization in the nation. In a recent interview with The New Yorker, she made a statement that some may not have seen coming, considering who her father and her father's father are.

She voted for Hillary Clinton in the 2016 election.

The New York Times interviewed the Bush twins on October 19th, where they talked about how they spent the night of the election. They were promoting their upcoming joint memoir, Sisters First, which details their time in the White House and what it's like growing up in such a politically famous family.

"It was Barbara who told me with little hesitation that she’d voted for Hillary Clinton and Jenna who demurred," said journalist Frank Bruni.

Jenna most likely steered clear of anything too political due to her job with NBC's "Today". Both sisters, who watched the election results together into the wee hours of the morning in Jenna's bedroom, agreed that they want to see a female president soon.

'"Mila the other day in the car, goes, ‘Mommy, Poppy rules the world,’ about her baby sister. And I go: ‘Well, Poppy could rule the world. Maybe one day she could be president.’ And Mila goes, ‘But, Mom, presidents are men.’ She said that."'

In March, Barbara delivered the keynote address at the Planned Parenthood of Greater Texas annual luncheon in Fort Worth.

When asked whether the two former first daughters were pro-choice, Barbara responded in a less-than-direct way that still managed to get her point across.

'"I am very for women having everything they need to live healthy, dignified lives," she told me.