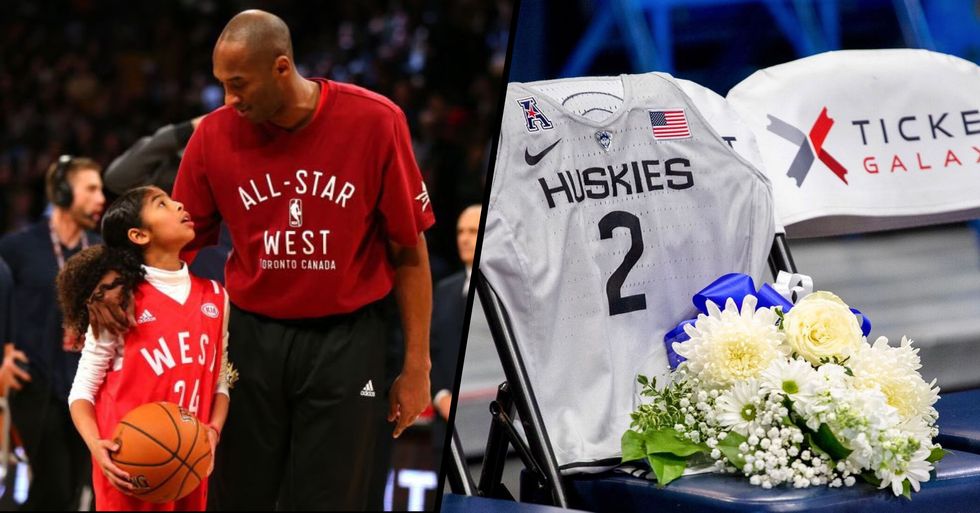 Gianna's dream school has paid a touching tribute to her in the sweetest way. Keep scrolling to take a look...

It had been confirmed that Kobe Bryant had tragically died in a helicopter crash at around 9:45 am local time on Sunday morning. The NBA star's private helicopter crashed in Calabasas, TMZ sports confirmed.

And it shows Gianna playing basketball with her dad.

She was truly her father's daughter...

And the video shows her completely own her dad on the basketball court.

It's now a heartbreaking sight for fans.

She was a hugely promising basketball player, who had dreamed of playing for the University of Connecticut women’s basketball team - the Huskies.

A day after the devastating news broke that Gianna had been killed, the school shared a touching tribute.

The team had a special Huskies jersey made with Gianna’s No. 2 emblazoned on the front, which was laid next to a bouquet of flowers. Keep scrolling to take a look.

The gesture solicited some emotional reactions from fans.

"She was going to change the game, rest in peace gigi," wrote one user, while another said: "I hope she sees this from somewhere. It’s really heartbreaking but beautiful you guys did this for their family."

"Mambacita is forever a Husky," the team wrote. Such a lovely way to pay tribute to Gianna. R.I.P to all the victims of Sunday's tragic crash. To see how celebrities have been paying their respects, keep scrolling.