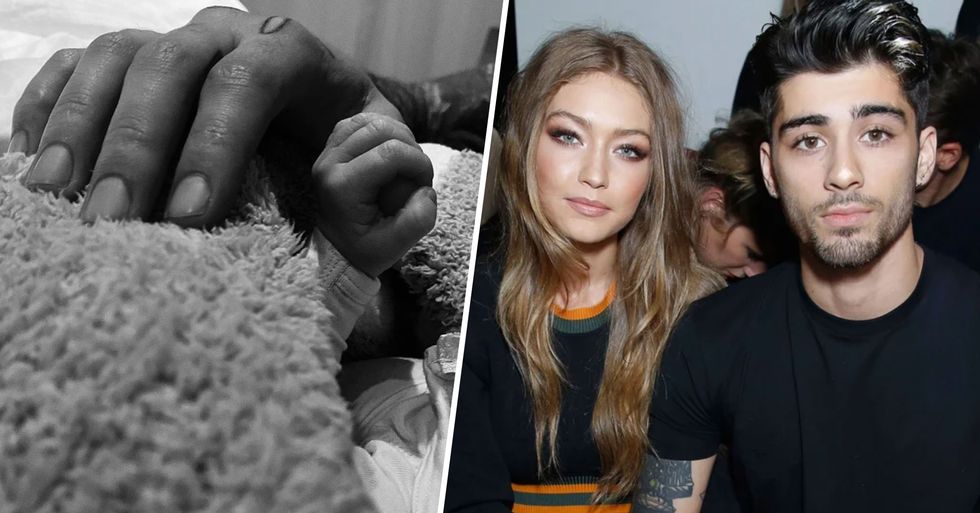 It has just been announced that Gigi Hadid and Zayn Malik have welcomed their first child together and fans can't contain their excitement...

We all love a bit of celebrity baby news.

So, when it was revealed that Gigi Hadid and Zayn Malik were expecting their first child together...

We couldn't contain our excitement!

Today, the news we've all been waiting for came...

It has been announced that Gigi had given birth.

But soon, Gigi hit the headlines for another reason.

It was revealed earlier this year that after a whirlwind on-again, off-again relationship with One Direction's Zayn Malik, the pair are expecting a baby together.

TMZ reported that the news was confirmed by Gigi's mom, Yolanda. "Of course we are so excited. I'm excited to become a grandmother in September!"

Some eagle-eyed fans even claimed to already know the baby's gender.

Fans dug into the pair's social media posts and came across something interesting, let's say.

Now, not only are fans convinced that the couple had a gender reveal party earlier in the summer...

And now TMZ have offered confirmation on the subject.

In spite of what some fans thought, a source claims the 2 are having a baby girl!

And it seems today, all those unanswered questions will finally be put to rest.

Because there's been some exciting news!

Gigi has given birth to the pair's first child.

Huge congratulations to the pair!

How about the time she ignited quite the response from the internet after featuring in a video sporting hairy armpits. Keep scrolling to view the video in question that sent the internet into a full-blown frenzy.