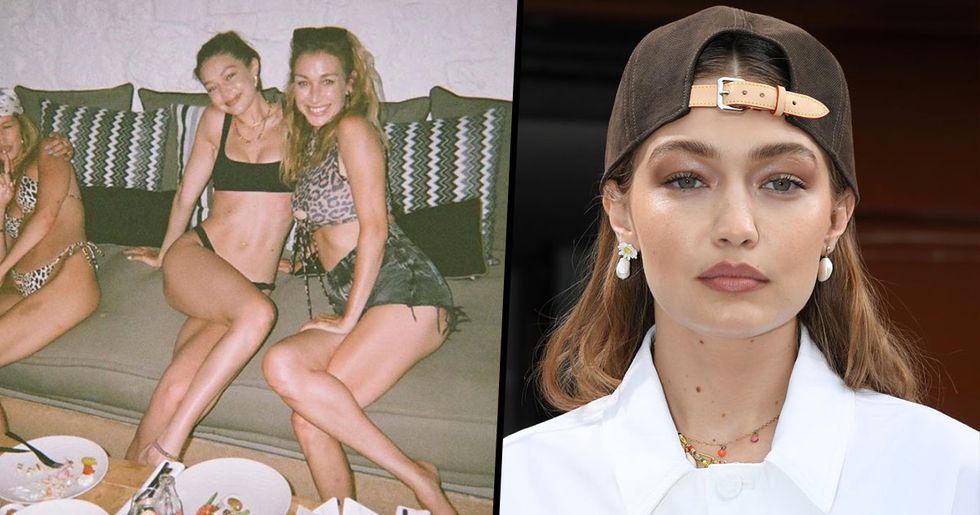 Ah, another day, another celeb whipping up some kind of controversial social media storm.

This time, the drama comes courtesy of supermodel, Gigi Hadid, who has hit the headlines for quite the unlikely feud this week. Not for arguing with her sister, or for any kind of boy drama... the supermodel has somehow landed herself in a spat with Greece.

Yes, as in the country.

The star caused a stir after she posted a snap to her Instagram, where she made a particular comment about the country in the caption, and people have been slamming her online.

But she does have a very good reason for her comment, after her luxury getaway in the country went terribly wrong, making some people believe that her critics are being a little over the top.

Keep scrolling to see the picture in question to make your own mind up on this divided situation.

People accused Marc Jacobs of cultural appropriation for not crediting African American culture for inspiring the look, but the Hadid sisters added more fuel to the fire when they were spotted continually sporting the wool dreadlocks, despite all of the backlash. Gigi even kept them in for a date with her then-boyfriend, Zayn Malik, which really annoyed people.

But Gigi has landed herself in the middle of controversy once again while on a luxury getaway in Greece.

The model has been living it large while vacationing in Mykonos, Greece, with her sisters Bella, Alana, and Marielle Hadid to celebrate Alana's birthday. But a recent comment that she's made has had the internet divided. Don't worry, we've got the post in question coming up very soon...

The supermodel has been regularly posting snaps to her Instagram showcasing her jealousy-inducing getaway.

Another user declared the star "canceled" after seeing the post.

"Canceled, lol. Do your research before visiting an island/country. Our whole economy depends on tourism, they wouldn't make an exception because it was you. Search it better next time, unless you want your luxury and stuff, you have to pay the price then. You're just like us all," they wrote. People also went as far as to accuse the star of "defaming" the entire country and "slandering" the island.

Gigi is yet to respond to the criticism.

Although this time, many of the comments do seem a little far-fetched and extreme. After all, she's not exactly going to be rushing to return to the island. But, her words do have an impact given her huge following, and if people are offended, they have a right to feel that way.

As we await further details on the alleged robbery, Hadid has been hitting the headlines for a very different reason recently.

She ignited quite the response from the internet after featuring in a video sporting hairy armpits. Keep scrolling to view the video in question that's sending the internet into a full-blown frenzy.