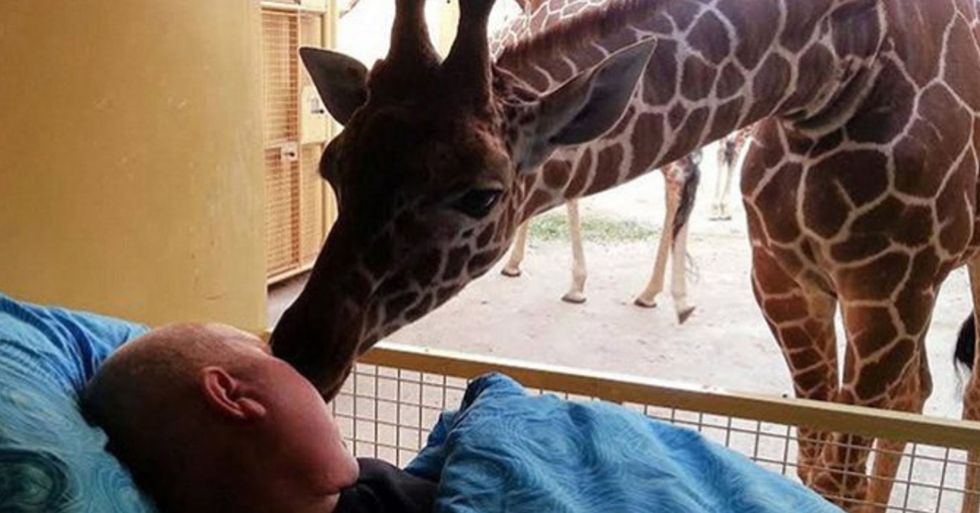 Zoos may be controversial - but one heartbreaking video depicts the truly amazing bond animals can share with their keepers...

Zoos sometimes get a bad rep.

With many viewing keeping any animal in captivity as inherently cruel.

And it's true, zoos of the past have been controversial.

But that doesn't mean exotic animals can't be cared for in a safe and humane way.

Zoos have come a long way!

Many of them are amazing educational tools - plus make an effort in conservation.

On top of that, the bond between animals and their keepers can be real.

As this story proves.

And it's equal parts adorable and tragic.

But it's worth noting that not all zoos are exploitative or bad for animals - as this story proves.

The bond between a keeper and an animal can be truly special.

And Rotterdam’s Diergaarde Blijdorp zoo in the Netherlands has one of the most amazing stories of this special relationship.

As one dying zookeeper returned to the zoo for a final time.

And not only did the animals remember him...

They came over to give him a goodbye kiss.

It was too cute for words.

Mario Ejis had worked at the zoo for 25 years.

And, primarily interacted with the giraffes there.

He was battling terminal cancer and had a dying wish.

To go and visit the giraffes he loved one final time.

And as he was brought into the enclosure, something incredible happened.

Not only did the giraffes remember him, but they sensed his pain, too.

One by one, they approached him.

Sticking their heads through the window, they gave him a final goodbye.

It was absolutely amazing to see.

Those watching also knew they were witnessing a very special moment.

And if you want a slightly different zoo story, scroll on ...