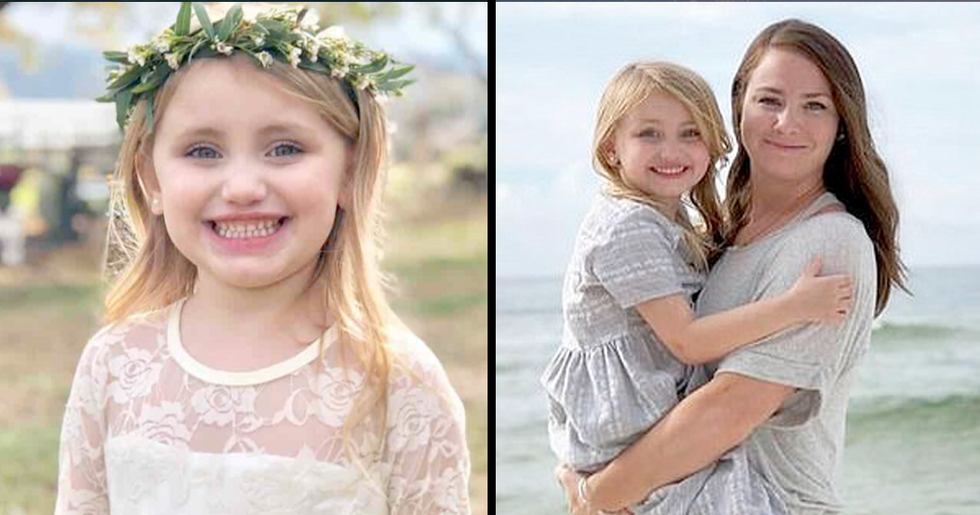 It’s at once all too familiar, and all too American.

Last week, 6-year-old, Millie Drew Kelly was left unattended in the front seat of the car, and was accidentally shot in the side of the head by her younger brother.

The family from Paulding County, Georgia, were on the driveway of their home when the incident took place.

Their mother had left the vehicle to try to fix a mechanical failure when Millie’s little brother reached idly into the console to find the cold, metal touch of a handgun - what followed was predictable, terrifying, and a staunch reminder that no amount of background checks or soft legislation will go far enough to prevent  the problem of negligence.

In 2014 alone, over 2500 American children (age 0-19) were killed by accidental gun deaths, and if the US continues down this same path of legislative complacency, its children will continue to die needlessly.

Here’s how the tragedy unfolded.

It’s truly a gut-wrenching story, but it needs to resonate if the problem of accidental infant gun deaths is going to be tackled.

The Drew Kelly family were in the driveway.

The mother left the vehicle in order to fix a mechanical failure, leaving - perhaps unwittingly - a loaded handgun in the console of the car.

Then she heard the gunshot…

Kelly was rushed to a hospital in Atlanta, having been shot in the side of the head by her own brother.

She died later that day.

I can’t imagine the panic or the grief - so I won’t try to describe it.

A mother whose mistakenly placed handgun caused the death of her daughter.

A brother who will have to bear the guilt of having killed his sister.

Too many unanswerable questions,  too many burdens.

This cannot continue to happen.

If you want to give money to Millie’s family, you can do so here.

The GoFundMe page has exceeded its initial target.

"The outpouring of love shown towards the Kelly family from friends and community is exactly what being the hands and feet of Christ is… Please continue to uplift this family in prayer.

"They are going to need us in the days, weeks and months to come more than ever. Finally, we ask that you go and love others as Millie does! Smile a Millie size smile and hug someone with all you got! Show this world that needs Jesus more than ever what it means to love."

In a statement on Thursday morning, Sheriff Gary Gulledge had this to say:

"We want to remind everyone to keep their firearms unloaded and secured in an area away from children to ensure that this never happens again."

Keeping firearms unloaded or ‘secured’ will by no means stop this from happening again.

That will take societal change. There’ll always be negligence, people will continue to make mistakes.

There will always be misfortune and the luckless aren’t going anywhere.

America must work to remove the leaden teeth its cold-blooded Second Amendment.

Let’s put aside the almost 40,000 people killed by guns in the US in 2017 (statistics are still up in the air for 2018), and focus for a short while on the conversation of accidental gun deaths among American children.

It’s a fitting direction of the issue, as for many of these cases, soft gun control wouldn’t protect them.

Just to give you some perspective on the scope of this issue.

Millie’s case was reported on the 8th of April, 2019, according to the Gun Violence Archive, just 6 days earlier, on April 2nd, a six-year-old boy in Miami was shot in the neck by his cousin of just eight.

The day after that…

A two-year-old girl in Salem, Oregon, was found shot in the head after the neighbor heard a single, muffled gunshot.

And five days after that…

On the 7th of April, 2019, an eight-year-old girl was found shot and critically injured in her Albuquerque home.

Police have not yet concluded the shooting was accidental, but they haven't seen signs of malicious intent.

The only two witnesses are the child’s two siblings, who are traumatised and very fragile.

On April 10th, 2019, a child of five years old was critically injured in an accidental shooting.

And on the very same day in Baltimore, another five-year-old was shot in the torso, again by accident.

This trend is too harrowing not to want to buck.

Day by day, children are traumatised, wounded, and killed by accident.

But societally, this is no accident, this is collateral damage for the image and reputation of gun lobbyists and hardline Republicans - no offence intended to Republicans.

By all means, abolish bump stocks…

By all means, abolish bump stocks, increase background checks, do away with guns in major super-malls, but if people are allowed to acquire guns, then, by extension, the idiots and the careless will also be permitted to have them.

What do the Brits think?

I don’t mean it in a patronising sense, I love America, however, in Britain, it’s exceedingly difficult to obtain a gun and it's almost impossible to get hold of a handgun.

As a result, amongst a population of over 50 million, they have zero accidental infant gun deaths on our average year, as do most post-industrial nations above the Brandt Line.

People outside of America think American gun laws are ridiculous.

The vast majority of people across the pond see the US through the news and movies, from armed police, school shootings, etc. and they are not impressed.

It raises the question, why is the richest, most powerful, most culturally influential country in the world allowing this to happen?

Don’t take it from me.

This story was published in Europe by LadBible, it was commented on over 10,000 times - here are some of the comments.

While I agree with the comment, I also have nothing but respect for Kieth Johnson’s reply.

“I live in Australia…"

He’s got a point.

Say what you will concerning your right to bear arms, but people around the world really don’t understand it.

Dunblane was the turning point for the UK.

It was the biggest mass shooting in British history, and, proceeding it, they’ve seen no mass shooting anywhere near the same scale.

Some background on Dunblane.

In 1996, a man entered a school in Stirlingshire, Scotland and killed 16 children with a handgun before committing suicide.

There have been no mass shootings since.

There’s a similar story to be told in Australia.

After the Port Arthur Massacre, the Australian Government orchestrated a mass buy-back.

There has been a significant decrease in gun-related homicides, and no mass shootings since.

Here’s a brief history of gun regulation in the US.

The American project compensates for its infancy with deeply held traditions.

The Second Amendment, enshrining the right to bear arms to every American citizen, is one of those hard-pressed traditions.

But it seems outdated and slightly flawed; applying to the rights of Americans to form militias, either to repel invasion or countermand a rogue governing body.

The Amendment is held so dear…

Some Americans actually advocate for toddlers to be trained in the use of firearms.

One of said Americans was exposed expertly on Baron-Cohen’s new show, Who is America.

Good guy with a gun.

There’s a misdirected nihilism at the centre of this argument; as if the wicked and violent among us will eternally remain and that revenge is the only legitimate leviathan.

This is untrue, to accept that violence and hatred is perennial is not to accept that the only way to quell it is through a continuation of such violence.

If you were a teacher, and a child in your class hit another child with a stick…

A). Do nothing. Just ignore it.

B). Give every child in the class a stick of their own.

Stop this from happening.

Soft, self-interested, legislation just isn’t going to cut it on this one.

Push for it, like the rest of us already have, stop your children from dying, don’t let this happen again.