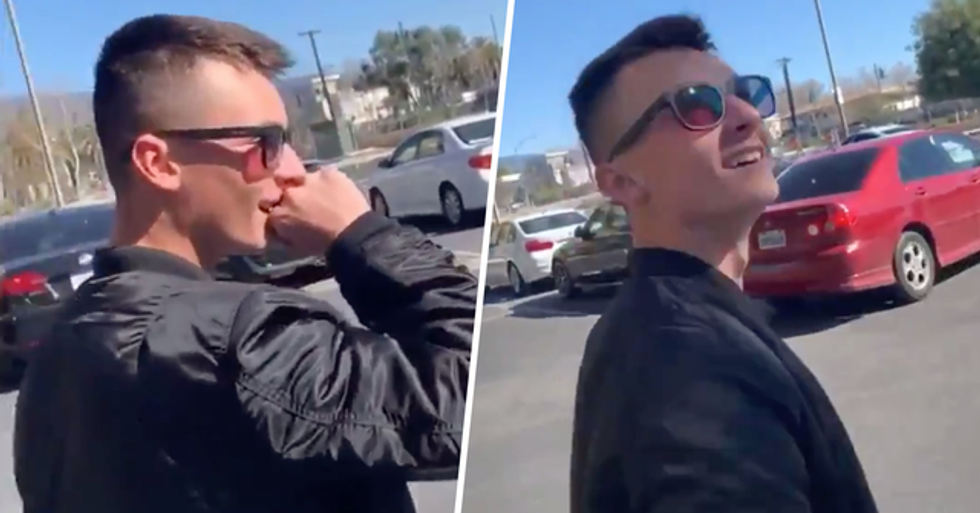 A man who was born color blind was surprised with a pair of glasses that allow him to see color, and his reaction is every bit as amazing as you'd expect it to be.

Keep scrolling for the full story, and to see what he had to say about a world full of color...

This is the heartwarming video of a man's lifechanging moment. Nathan was gifted with a special pair of glasses that would go on to change his life forever.

Because, while most of us take our eyesight for granted...

Many American's suffer from some form of eye disorder...

But by far, the most common is color blindness.

Color blindness is a major thing here in the States.

This disorder, also known as a color deficiency, occurs when a person is unable to see colors in a normal way.

And this usually happens between greens, reds, and occasionally blues.

But how is it caused?

Color blindness is something a person is born with and can happen when one or more of the color cone cells in the eye are absent, not working, or detect a different color than normal.

It varies in severity...

While some merely struggle with distinguishing between colors, others are unable to see any form of color at all.

And, while color blindness doesn't sound like anything too severe...

It can be seriously impactful upon a person's life.

There is currently no known cure for color blindness.

But there are special glasses - known as EnChroma Glasses - that assist with the detection and distinguishing of various colors.

These glasses give color blind people the opportunity to experience regular sight...

And, in doing so, open up a once unknown world of beauty and color.

Understandably, people's reactions when wearing these glasses are pretty heartwarming...

And many are moved to tears at their first proper experience of color.

And now, a young man's experience with these glasses has gone viral...

Because his response was simply amazing.

One Twitter user recently went above and beyond to help her color blind boyfriend.

Her boyfriend, only known as Nathan, has been color blind his full life.

So she decided to surprise him in the best way...

With a pair of color blind glasses.

And she filmed the entire thing.

The video begins with him staring intently and a little dumbfounded at his shoes, in clear disbelief at the color he is seeing.

He then reaches down to stroke his shoes...

In clear shock at what his eyes are seeing for the first time.

He is then seen staring in awe out of the car window...

Nathan is drinking in his surroundings...

And, evidently unable to get enough of his newfound vision, he is grabbing and gazing at pretty much everything around him.

His smile says it all.

Nathan gazes at a children's color book and repeatedly shakes his head out of sheer disbelief.

What an amazing moment.

And let's just hope that, as a result of his gift, Nathan can now enjoy a life full of color and vibrancy.