Girl Texts Classmate For Homework, But Gets Jealous Girlfriend Instead | 22 Words 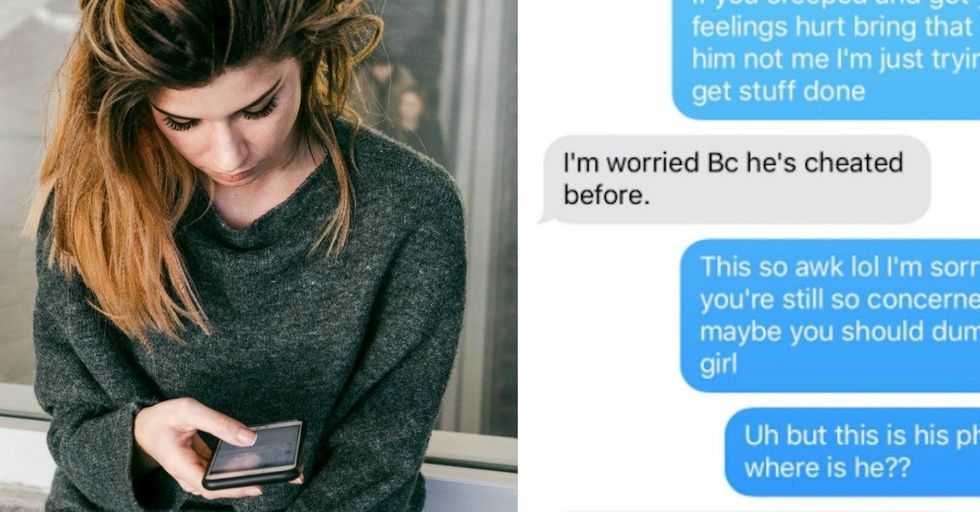 Girl Texts Classmate For Homework, But Gets Jealous Girlfriend Instead

Don't you hate it when you're just trying to get your homework done and you end up accidentally becoming a homewrecker?

That's exactly what happened to Twitter user Bianca when she was trying to get the second page of a homework assignment from one of her classmates who took her notes to complete his portion.

The texts didn't exactly start off that great.

Then it gets worse as her classmate's crazy pants girlfriend accuses her of trying to get more than just answers from her man (if you know what I'm saying).

This led to Bianca not going ballistic on this girl, but rather making a practical suggestion to crazy town working the other phone.

She posted the conversation on Twitter where it went viral because people love to say they hate drama, but they really love it when it doesn't involve them.

Bianca was still dealing with some things...

She also promised an update when she sees the guy again.

Because at this point, people are invested.

Heck, even one of her friends' dads chimed in.

So will Seat 75's girlfriend break up with him? Did Bianca get the assignment done? Tune in next time on, As the Tweet Turns.