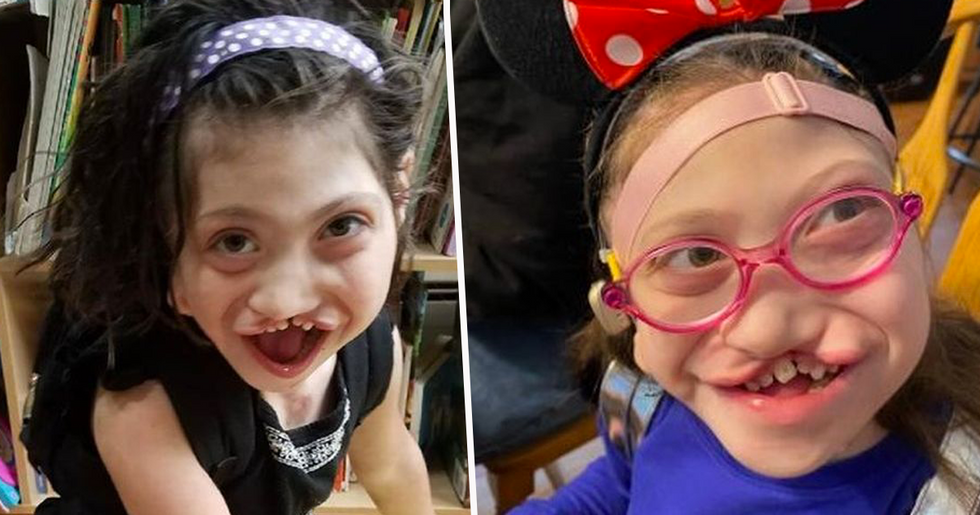 The little girl embroiled in one of the country's most famous surrogacy cases has sadly passed away, aged only 8-years-old.

Seraphina Harrell has been taken too soon.

At the young age of 8, Seraphina, whose name is widely known across the country for her involvement in a famous surrogacy case, has sadly passed away.

Seraphina's biological parents struggled to conceive naturally, so they hired a surrogate, Crystal Kelley, who would carry their artificially inseminated fetus for them.

But, halfway through the pregnancy, a routine ultrasound revealed some worrying birth defects.

The scan revealed the grim fate of the couple's unborn child.

Her facial defects were visible from inside the womb, with doctors warning that she would also be born with a whole array of life-changing conditions.

Upon this news, Seraphina's biological parents instantly demanded that Kelley terminate her pregnancy...

And even offered her $10,000 to go through with the abortion.

And, when the dispute turned ugly, the pregnant woman moved from Connecticut to Michigan, where state law meant she could be recognized as the unborn child's legal parent.

The conflict between Kelley and the couple that hired her drew national attention...

And ultimately marked a turning point for surrogacy.

The case helped to tie up a series of loose ends in the laws surrounding surrogacy...

For example, thanks to the lawsuit, surrogates and hopeful parents have to be on the same page about important issues, such as whether or not to terminate a pregnancy if the fetus was found to have abnormalities.

Anyway, amid the case, Seraphina was born...

Where it was determined that she had a rare condition called heterotaxy syndrome, which meant internal organs such as her stomach and liver were in the wrong place. She also suffered from multiple heart defects, as well as a brain condition called holoprosencephaly.

But, regardless of her health issues, Kelley couldn't see why she shouldn't enjoy a normal and happy life...

Just like any other child. So, shortly after her birth, Seraphina was officially adopted by the Harrell family in Massachusetts.

In her 8 short years, Seraphina had to undergo several major surgeries...

Including 3 heart surgeries, and a handful of minor procedures relating to her other conditions.

But, despite her health, her adoptive mother, Rene Harrell, always stressed how Seraphina led a "meaningful and happy" life.

On her daughter, she had once said: "What I heard over and over from so many of her doctors was they could never imagine that someone with Seraphina's level of need could do as well as she did or be as joyful as she was."

"She had the most confident, self-assured personality, and she told everyone what to do."

Her father, Thomas Herrell, seconded this.

He said: "She had a lot of joy in her life and gave a lot of other people joy in ways that sometimes weren't expected."

So, of course, it came with broken hearts that they announced her passing last month.

In her obituary, Rene explained:

"Seraphina Nayleigh Harrell died July 15th, 2020, at Boston Children’s Hospital following a combination of complications from a needed surgery and infection. She had just turned 8 years old, having celebrated her birthday a few weeks prior on June 25th."

She explained the family's heartache regarding the loss.

@CNN RIP! She lived for eight years with and was given love. She is an angel in the eyes of God. She had difficu… https://t.co/trixhFOQIC
— Daily Life Habits (@Daily Life Habits)1596598560.0

"There is just no getting around acknowledging the heartache of those who love her the most, who truly wasn’t ready to see her go."

She remembered how Seraphina never allowed her disabilities to stop her from living life to the fullest.

"At least once a day, someone would snuggle up to her and repeat the Seraphina family motto: 'For a girl who can’t talk, you sure are never quiet! She couldn’t walk by herself, but she persisted in turning everyone in the house into her personal mobility assistants."

She noted how her 7 adoptive siblings are missing Seraphina deeply.

"They all miss her terribly. She was the centering part of our family. She was our heart and soul."

You can read her full obituary here.

Rest in peace, Seraphina. For more on the complex world of surrogacy, keep scrolling to read about the fifty-year-old mom who carried her own grandchild...