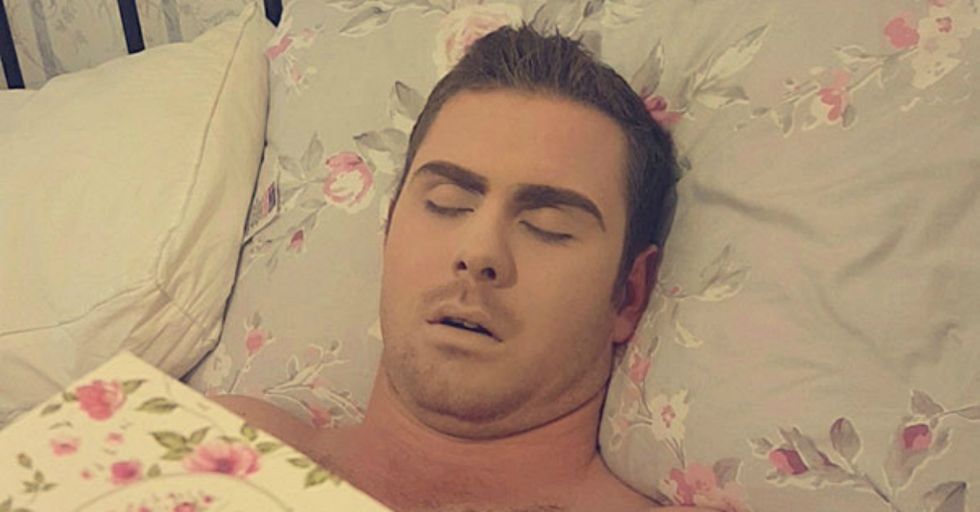 Natalie Weaver, an English receptionist, planned to spend a Sunday with her boyfriend, Stephen Hall.

Stephen, however, had other plans that involved getting totally smashed the night before, coming home at 6 AM, and promptly passing out in bed.

After being left to entertain herself for too long, she got annoyed and plotted to prank him.

Snapchatting the whole thing, she went on to give him a fabulous all-inclusive makeover — we're talking foundation, lipstick, false eyelashes, the whole shebang.

"I have always said he would suit being a woman," she told The Daily Mail. "So, I thought I would do him up and see what he would look like."

Yup, she even did his nails.

He scratched himself with his long nails, which is what woke him up, and despite initially being confused at his own reflection, he admits he "made a pretty woman."

"He was just shocked and asking what's happened," Natalie said. "I tried to convince him he had come home like that."

"There was a lot of laughing but he wasn't angry," she added. "He is a lot of fun but I think he'll think twice before doing this again."

The couple is still going strong today, and we can only assume that their senses of humor are a big part of keeping the spark alive. Weaver has admitted to being nervous about a retaliatory prank...but that's part of the fun of relationships, isn't it?