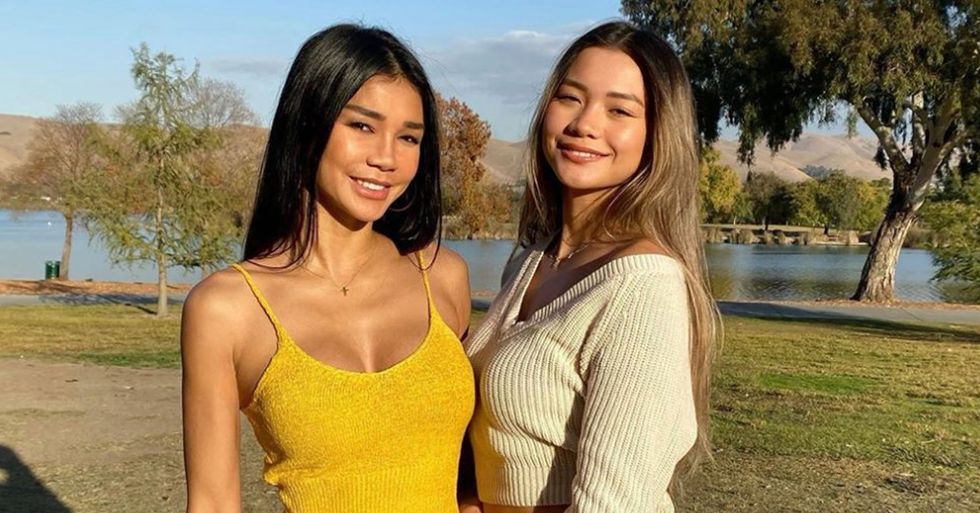 For many women, restrictive societal beauty standards can put a real dampener on their lives. We're all expected to look perfectly polished and ready for a photoshoot at all times. And one highly pernicious standard that women are held to? We're simply not allowed to age - or at least, age visibly.

Well, one woman from California seems to have cracked the code. Scroll on for the mom and daughter pair who literally look like sisters - and to get all of mom's beauty secrets!

But one California woman appears to have done the impossible.

The internet has gone wild this week after a photo of an incredibly youthful-looking mom went viral.

This is Meilani Parks.

And this is Joleen Diaz.

But here's the kicker.

Joleen is actually Meilani's mother. We know - it's hard to believe!

Here they are together.

So, what on earth is Joleen's secret?

Well, she attributes her unbelievably youthful appearance to "clean living."

The two are very close.

They love doing activities together, but also "sometimes just lay on the couch and talk," says Joleen.

And how does Meilani feel about the comparison?

"I don’t think she minds… I was pretty young when I had her, so it’s not entirely impossible that we could be sisters."

And as for whether the pair party together?

Joleen claims she doesn't "foresee us doing that anytime in the near future." We bet Meilani is relieved!

In fact, Joleen says her party days are behind her.

"I’ve had my share of doing [that] – these days I’d rather stay home, drink a nice cup of hot tea, and watch a good movie."

It turns out, there are a few. She claims her "healthy and active" lifestyle combined with the fact she "rarely" drinks alcohol helps.

But her biggest secret?

Skincare! "I religiously take care of my skin, and every day wash my face in the morning and before I go to bed."

"And the real secret?"

"Start early. I began taking care of my skin at a young age, around 12 or 13. My mum used to buy Mary Kay and I would secretly use her skincare products."

"A product that has shown dramatic change for me is Tretinoin."

"Most people know it as Retin-A. I’ve been using it now for about a year and a half, and I’ve seen my skin just get better and better."

"I absolutely use sunscreen, every day, even on cloudy, rainy days."

"I also use a vitamin C serum day and night."

"Having good skin gives me confidence, even on the days I don’t look my best."

And the proof is in the pudding. In fact, Joleen has passed on her regime to Meilani. "I had her start around age 12," she explains.

"‘I’m pretty pragmatic and try not to worry too much about the past or anticipate worries in the future." Now that's an anti-aging tip we can get on board with! Fancy more mother-daughter content? Scroll on for two with a rather controversial side-hustle.