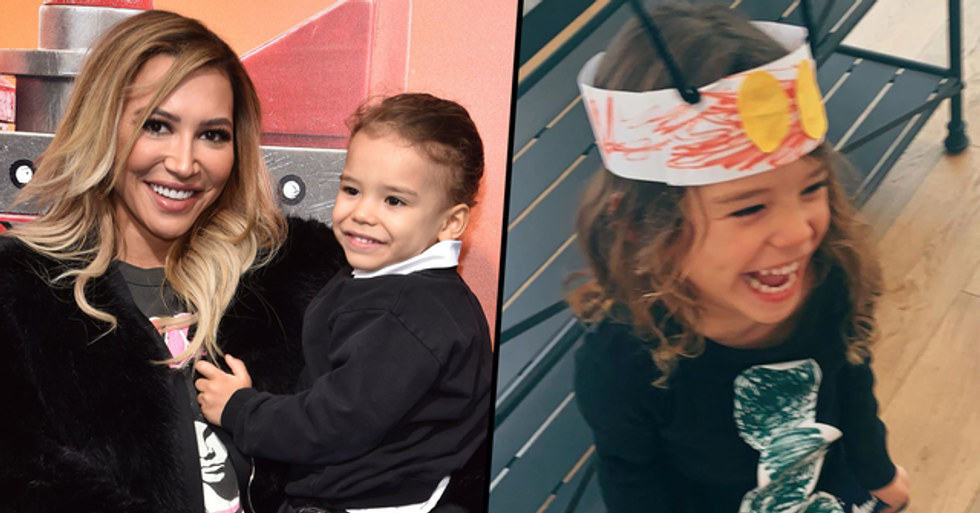 This week, it was confirmed that Glee actress, Naya Rivera, had tragically drowned after her 4-year-old son was found alone on a boat she had hired.

The tributes have been flooding in ever since, but now, the creators of the show that catapulted the actress to stardom, have come forward with an incredibly generous offer for her son.

The thirty-three-year-old actress was confirmed as missing, with officials presuming her dead. This week, a body was found and, yesterday, it was tragically confirmed to be that of Rivera's.

It is utterly tragic news...

The post showed a tender moment between her and her son, alongside the caption, "Just the two of us." Her 1.9 million followers immediately praised the sweet mother-son moment, and it only spurred the feeling of desperation further.

Further details about her child's experience were released shortly afterward...

Josey's chilling words upon his rescue were released on Thursday, hours after her disappearance.

Yesterday, a body was found...

And, according to reports, Rivera's autopsy is already complete.

Officials say that she died by drowning. They also said: "There is no indication from the investigation or examination that drugs or alcohol played a role in the decedent’s death, but specimens will be submitted for toxicology testing."

Shortly following from the tragic discovery, Rivera's fellow Glee cast members joined together at Lake Piru in remembrance of their friends.

And, to make this photograph even more heartwrenching, the day in which her body was found was the 7th anniversary of the death of Cory Monteith.

Monteith, who played the lead role of Finn on the series, tragically died on July 13th, 2013.

Aged thirty-one, the actor was found dead in a Vancouver hotel room after accidentally overdosing on a mixture of alcohol and heroin.

The coincidence of these dates is simply staggering.

The pair were firm friends, so for her body to be found exactly 7 years on from his untimely death is incredibly eerie.

Their Glee costar, Kevin McHale, weighed in on the coincidence...

I'm not religious by any means, but you'd be hard-pressed to convince me that Cory didn't help find our girl today.… https://t.co/jwhLnkOErA
— Kevin McHale (@Kevin McHale)1594697311.0

He shared a video of Monteith and Rivera greeting fans alongside the caption: "I'm not religious by any means, but you'd be hard-pressed to convince me that Cory didn't help find our girl today. These 2, in many ways, were the male and female versions of one another. So nice, cared deeply, were stupidly talented, the most fun, and really really good people."

And now, the show's creators have weighed in on the devastating situation...

And they have announced that they will be taking care of little Josey's future.

Ryan Murphy, Brad Falchuk, and Ian Brennan yesterday announced their plans to set up a college fund for Josey.

In a statement to the Hollywood Reporter, they said: "The 3 of us are currently in the process of creating a college fund for the beautiful son Naya loved most of all."

They also took a moment to remember Rivera in their statement.

"Naya could act, she could dance, and she could sing (could she ever sing!) She could nail a joke as well as she could crush you with an emotional scene. She could move between being scary tough and deeply vulnerable with ease. She was a joy to write for, a joy to direct and a joy to be around."

Our thoughts go out to the family and friends of Naya Rivera at this unimaginable time.

R.I.P. 2020 has been an incredibly tough year so far. For tributes to all the celebs we have sadly lost this year, scroll on..