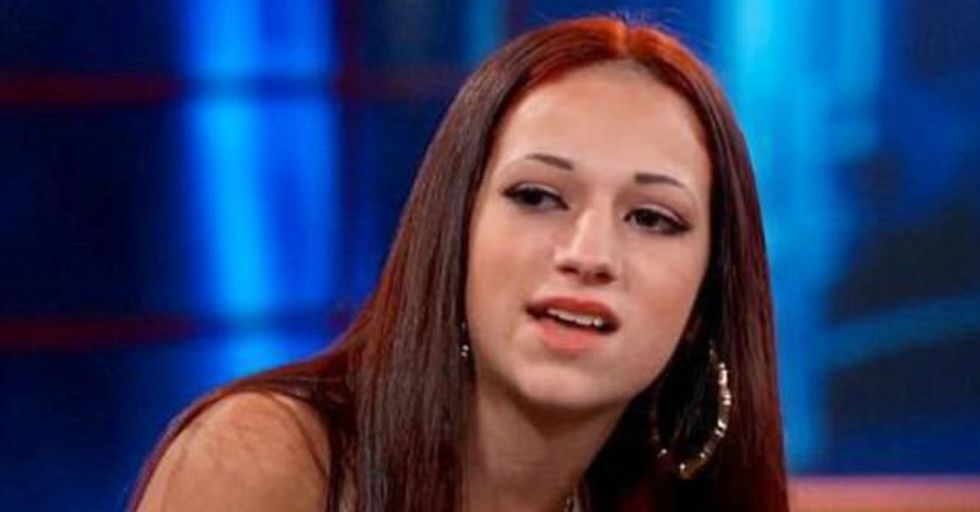 You would think "Cash Me Outside" girl — known to her friends, family, and the police as Danielle Bregoli — has exceeded her fifteen minutes of fame, but apparently you would be wrong.

She first came to the Internet’s attention back in 2016, after her explosive appearance on Dr Phil went viral.

As a guest on the TV doctor's episode about difficult teens, the fourteen year old responded to the audience's audible distaste for her by challenging them to "fight", exclaiming, "Cash me ousside, how bow dah?". Translation: Let's settle our differences by going outside and possibly getting into a physical altercation. Danielle has used the sudden fame by posing for photo shoots and promoting her music videos. And she's become so popular that she's gained eight million Instagram followers - which is obviously enough interest to spark a tour.

So what exactly is she doing on this tour, you ask? This is all real - Danielle is set to lip-sync, answer questions from the audience, and tell off fans who are willing to be roasted.

According to TMZ, Danielle has landed a deal for two test shows in July in Ft. Lauderdale and Houston. She could earn up to $50,000 if she sells out those events. I repeat, she will get $50,000 to lip-sync. And if those go well, promoters at Live Nation are considering a nationwide tour. You can literally cash her outside your own home.

TMZ, got a hold of Danielle's rider for said tour, and it is... unique to say the least.

A brief rundown: On top of that, she's allegedly demanding a $750 per diem, $3,000 for security and a minimum of four-star accommodations. Nothing but the best for Danielle.

It should be noted that the police were called to her family's house fifty-one times in 2016 alone for a multiple reasons, including offenses of car theft and domestic arguments.

In other words, not overzealous lip-syncing. But hopefully the police won't be visiting her home as much anymore, since she now travels around with her own bodyguard, Frank Dellatto. Hope he likes Dominos pizza and House of Wax.