The government has taken action, but the results can't be undone for many dogs who have been made sick or killed by the toxic substances. | 22 Words 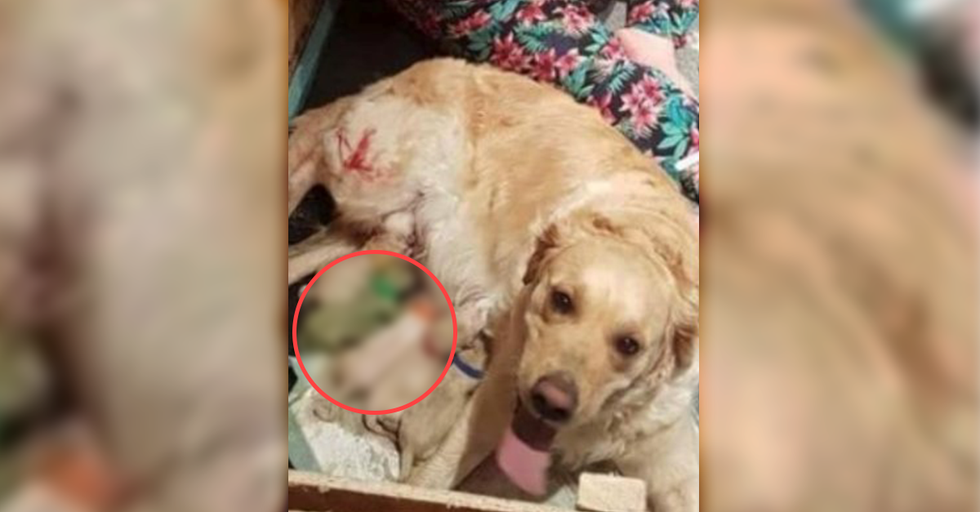 So, did you see the above headline and get secretly worried you were about to get bait-and-switched because you've never actually seen a real, live green dog before?

Well, today is your lucky day. BECAUSE WE'VE GOT ONE!

What is it about unnatural colors that get people so fired up?

More often than not, the public meets them with a fantastic mix of unease and fascination. Look no further than Oompa Loompas for one such example.

When you get to the issue of strangely-colored foods, people take on a whole new dimension.

If it doesn't exist in nature, people are skeptical of it in all manners.

So don't be surprised if you see this reaction when presenting someone with an item that defies its natural color.

It's not that they're being rude. It's just human nature. Ok, maybe making that face is a LITTLE rude, but sometimes people can't help it when seeing weird stuff.

Sometimes certain animals, even humans, can pop up in weird colors.

It's sometimes "natural," but it doesn't make it any more "normal" for unsuspecting people. A blood disorder can make some humans blue, for instance. No, really.

However, you can toss all that out the window when it comes to dealing with dogs.

Puppies could have horns growing out of their heads, or be a different color altogether, as you'll see, and people will still clamor to them.

Like a pooch straight up out of the Broadway hit musical "Wicked," this adorable little ball of mystery and intrigue came bursting out of its mother and into our lives!

Isn't he cute? If it were up to me, I'd want to name him Elphaba!

But, I guess his owner Louise Sutherland decided instead to name him Forest (awwwwww!). I can't deny it: That name is always pretty sweet. I'm green with envy!

According to The Sun, only three puppies have ever been known to come out green, making this birth quite the feat! A beautiful, verde feat!

Just for context, here is what a normal, non-green Golden Retriever puppy looks like, in case you had forgotten.

Here is how it happened. The Sun (who I won't lie, is looking way smarter than I am) broke it down and said that the odd coloration stems from a "bile pigment called biliverdin that is found in the placenta of dogs which can stain the puppy’s coat when it mixes with the mother’s amniotic fluid." Yup. That's what I was going to say, too...

Dogmamma Sutherland told The Sun that after a few rinses, the part-red, part-blue shade is already beginning to fade. Darn!

Well, I guess that means he isn't going to grow up to be a some kind of super awesome witch-dog. Sad.

But no one says he can't dress up as one for Halloween!

Which (witch?) if you are interested in picking up for your dog, whatever color it is, you can do right here. This isn't the only time we've seen unnaturally colored dogs, though the more recent instance is under tragic circumstances.
Buy Now

This is quite a sight, isn't it?

And if you weren't familiar with the issue, you might even think it's cute.

But it's most definitely NOT cute or fun.

It's the tragic result of toxic dyes being illegally dumped in India, where homeless dogs are encountering them...and dying.

The government has taken action, but the results can't be undone for many dogs who have been made sick or killed by the toxic substances.

Here's one, walking around completely unaware that its health has been jeopardized by the substance.

This is certainly a far cry from the green dog that we encountered. It's also far less fun, but far more important to be aware of.

Let's end on an animal that's been DIGITALLY altered to reflect an unnatural condition in a safe and harmless way.

Let's make sure that if we are going to dye our animals (not recommended, btw), let's ensure that it's done safely and humanely. If at all possible, let's keep the wacky colors in the realm of animation and digital manipulation, okay?