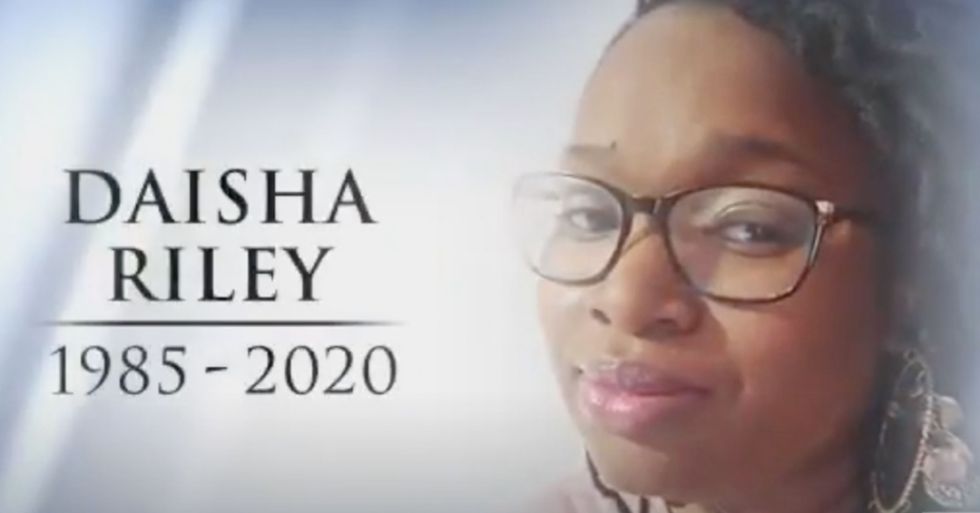 Good Morning America producer Daisha Riley has sadly passed away at the age of thirty-five.

This is a truly tragic loss...

Daisha Riley has sadly passed away.

Daisha worked as a producer on Good Morning America...

And she was known for her unconditional dedication to her job as a journalist and producer.

Daisha was born and raised in New York.

She obtained her bachelor's in journalism at Purchase College, State University of New York, in 2006.

She described herself on LinkedIn as an "experienced producer with a demonstrated history in the broadcast media industry."

She began her career as Tape Coordinator at MTV Networks...

It was in 2007 when she joined the Good Morning America team...

She started off as a Production Associate but she was promoted to Associate Producer in 2011.

But the news has just come in that Daisha has passed away.

Her death was announced yesterday on the 21st of July.

Tributes have been flooding in for Daisha...

And many of Daisha's co-workers have been reminiscing on her kind personality and wonderful life.

This has not been an easy year for our team. Immensely heartbroken to learn the sad news of producer extraordinaire… https://t.co/mPUAFlvKQz
— Jessy Mendoza ☀️ (@Jessy Mendoza ☀️)1595290804.0

So sorry to hear about the passing of @Daisha_Riley ... so many of what viewers watched on @GMA where because of wh… https://t.co/WYCPypxhNO
— michael symon (@michael symon)1595365705.0

The team at Good Morning America have been paying tribute to Daisha.

They paid an emotional tribute to her memory, expressing how she worked hard to rise up through the ranks at the company.

Her colleagues' admiration for her sense of storytelling...

And her ability to quickly and accurately portray breaking news, makes her absence from the team even more poignant.

Her attention to detail was astounding.

Daisha made sure that during an interview with the cast of Game of Thrones, a replica throne was on set to "really make their jaws drop."

It is clear Daisha was hugely loved and respected.

The video montage states: "There was no greater privilege than knowing Daisha Riley."

This video was shared by Robin Roberts...

The Good Morning America anchor, who clearly valued his time working alongside Daisha on the show.

The producer's cause of death is currently unknown...

But it has been reported that she died "quickly and suddenly."

We cannot imagine what her family must be going through right now...

And her life has been cut so brutally short.

Our thoughts and condolences go out to her family and loved ones during this terrible time. Keep on reading to learn about the tragic deaths that this year has brought upon us...