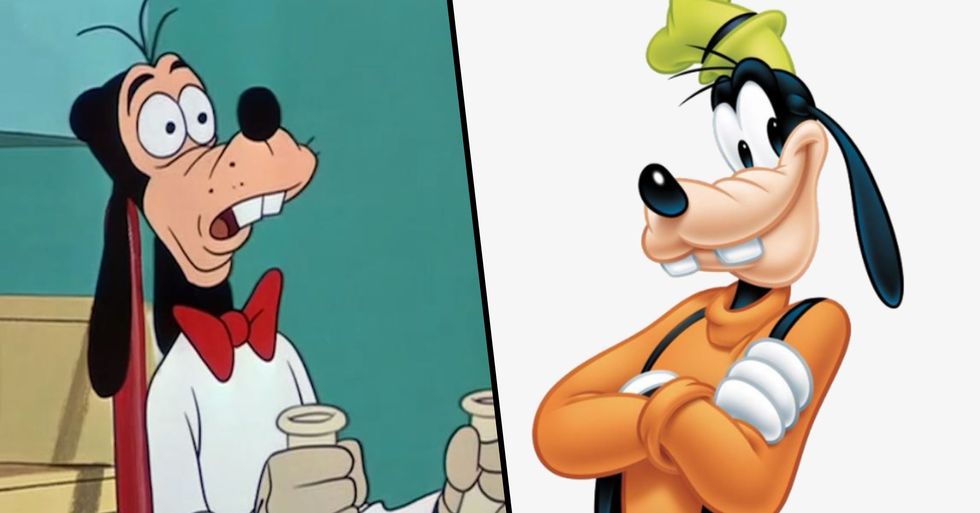 Bill Farmer himself has revealed that Disney's beloved Goofy the dog isn't actually a dog.

It would be impossible to name all of the Disney characters out there...

And what's even harder is to pin exactly what these characters are.

The first-ever Disney character was, of course, Mickey Mouse...

And we all know what animal he is supposed to be! But what about the rest?

Dating all the way back to the 1930s, Mickey's pals made their first appearances in Mickey's Revue.

Donald Duck is an iconic character...

And his mischievous personality quickly cemented him as a Disney favorite - and he still continues to be just as popular to this very day.

Alongside Mickey Mouse and Donald Duck...

The addition of Goofy in 1932 created the chaotic trio that we all know and love today.

His original name was "Dippy Dawg"...

But later in the year, he was reimagined as a younger character and this is where "Goofy" came from.

As the years and generations have passed...

Goofy, who has been voiced by Bill Farmer since 1987, has developed strongly as a character and he has gone on to have his own movies and video games that have proven to be very popular for all ages.

Who'd have thought a mouse, a duck, and a dog would have been so perfect together?

It has created timeless television that will never get old.

But with Disney being Disney...

There has been a lot of confusion surrounding Goofy's character over the years.

Firstly, the fact that Goofy the dog, walks, talks, and dresses like a human is confusing enough...

But that comes with the majority of Disney animal characters!

And the water was muddled further in shows like Mickey Mouse Works and House of Mouse when it was strongly suggested that Goofy was sexually attracted to a cow by the name of Clarabelle Cow.

Interspecies relationships have always been common amongst Disney characters...

But this lead to many fans believing that Goofy isn't actually a dog.

Of course, many continue to firmly stand by the fact that Goofy is a dog...

But this has now sparked an online debate and people are starting to get personal.

But if anyone knows the truth...

It is Goofy himself.

Bill Farmer has become known as the one and only Goofy since he first voiced the character in 1987.

His vocal talents forever imprinted on our subconscious through classics such as A Goofy Movie and Goof Troop, and it's safe to say that nobody could have done a better job than Bill!

Bill has recently spoken out to clear the air surrounding Goofy's identity.

"I think Canis Goofus is the technical Latin term for what Goofy is. He’s just Goofy."

"He was my favorite Disney character," Bill said, crediting those cartoons with shaping his career ambitions. "I grew up doing voices, and I loved cartoons. I always practiced the voices and became a stand-up comic impressionist for about five years before moving to L.A."

So it turns out that Goofy is just... Goofy.

For more Disney news, keep scrolling to read about the "National Treasure" TV series that Disney is currently working on...