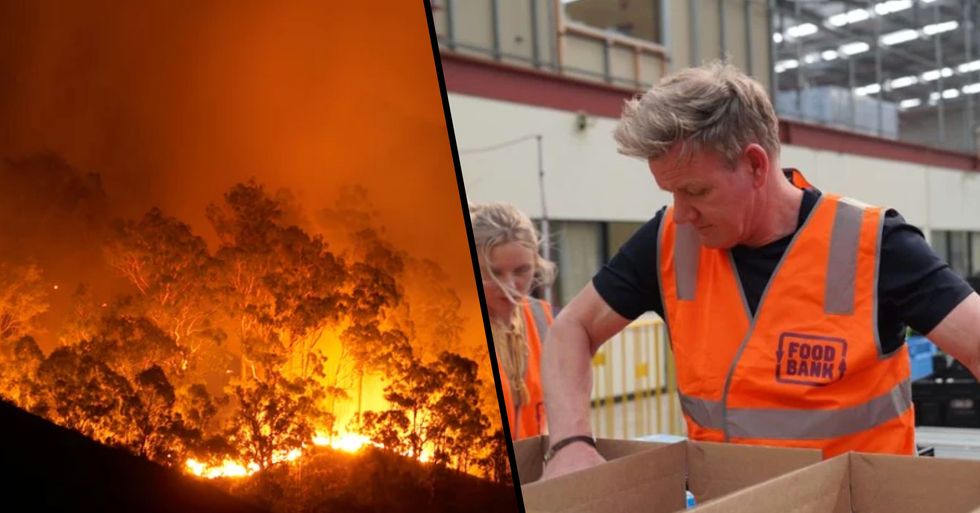 The country as a whole has been working tirelessly, including thousands of tradespeople signing up to work for free to help struggling communities.

And now, it has emerged that firey British chef, Gordon Ramsay, has been volunteering at a Melbourne food bank amid the devastation.

But it isn't just the fire services who have been volunteering...

It has just emerged that thousands of tradespeople have been volunteering to work for free to help struggling communities.

Australia's "tradies" are working together to help rebuild homes and communities...

People who work in the trade industry, such as electricians, plumbers, carpenters, and builders, have been signing up to work for free on communities that have been seriously damaged from the fires.

The volunteer group was started by Melbourne-based carpenter Piers Smart...

Smart wasn't thinking at all about financial gain...

"I was at home trying to think of ways I could help and unfortunately financially I was unable to. But I could offer my weekends as a chippy (carpenter) going up and helping with clearing or rebuilding," he said to the local press.

But he didn't expect the surge of volunteers that he got...

"I thought there must be more people who have a trade or a skill who want to do the same. I started this Facebook group thinking I’d get 50 people or something like that and it’s turned into 9000 people on the Facebook page," he explained.

"We’ve launched the website to register trade formally so we can form a database. We’ve had 4000 individuals sign up there over a week now."

Smart's group is looking for everybody and anybody...

That ranges from "arborists, concreters, asbestos removalists and riggers" to do jobs including "hay runs, tool drops, and tool runs for communities that need them."

And people from across the globe have traveled to volunteer...

Including the one and the only firey chef Gordon Ramsay.

The British TV chef is currently in Australia...

He is promoting his Quick & Delicious recipe book, but he has made the time to lend a helping hand to the dedicated volunteers working in food banks across the country.

He was in Melbourne yesterday...

And the chef made a surprise appearance in Food Bank Victoria to help the volunteers pack boxes of food for the thousands of people affected by the fires or left without homes.

Dressed in his signature black t-shirt...

Ramsay wasted no time in finding himself a high-visibility vest and getting stuck in with the rest of the volunteers.

An incredibly kind and selfless act...

Make sure to keep scrolling to see how Lizzo did exactly the same for the Melbourne food bank...