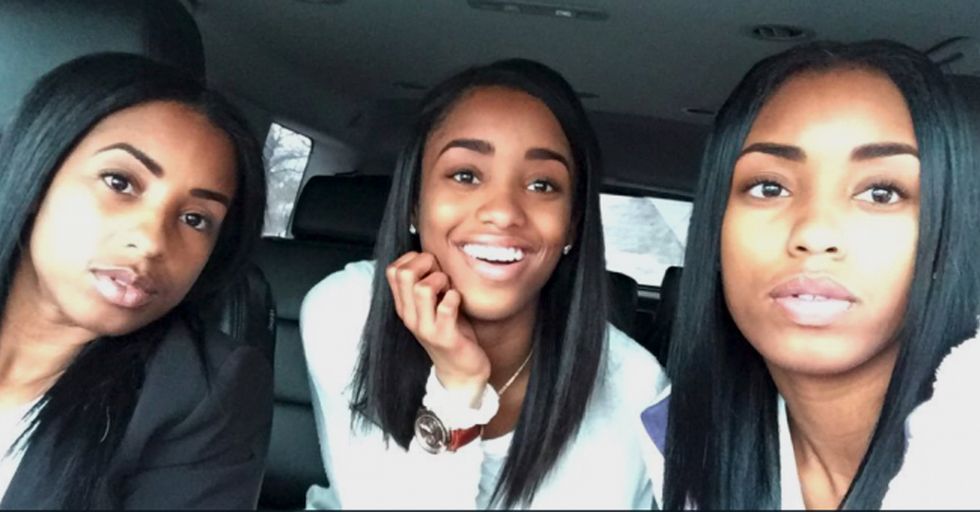 10 Gorgeous Moms Who Prove Age Is Nothing but a Number

Ah, the Fountain of Youth. We all wish we had it in our pocket. Who doesn't want to go back to their younger years when their skin was dewy and life stretched out endlessly ahead of us?

These 10 moms don't have to make any farfetched wishes, they have already found the secret to youth.

To give you some perspective, Naomi Campbell is 47. 47! And her mom, Valerie is 66.
Good genes definitely run in this family, but seriously, if they have any health tips or suggestions, they should send it in our direction.

2. Can you figure out which one is mom?

It's super tricky to tell, what with all the doppelgängers around her, but she's the one at the very bottom.
Can you believe this woman has three children? THREE! She's a genetic anomaly.

Can you tell which one is mom? Yeah, there are actual instructions in the tweet, but it's so difficult to discern.
How is this possible? How???

4. Liu Yelin looks so young, people think her 22-year-old son is her boyfriend

How old do you think this woman is? Whatever the number you have in your mind, double it.
Liu Yelin is actually 50 years old. People started mistaking her for her son's girlfriend when he was around 16.

It's actually uncanny. As one Instagram commenter said, "Reese's daughter looks more like reese than reese."
Another opined, "wow I guess she gave birth to her clone!" We can't find any lies in either statement.

7. When mom looks younger than you

Look at these three sisters. They're not actually sisters, because Mom is in the picture too. Can you spot her?
She's the one on the very left wearing a bun. Genetics, man...

Shweta Nanda Bachchan and Navya Naveli Nanda are the daughter and granddaughter of one of the biggest names in Bollywood, Amitabh Bachchan.
Of course they'd have great genes. But Shweta looks almost identical to her daughter. Identical.

Nope, they're mom and son. Although people also mistake this mother and son as boyfriend and girlfriend.
With her dewy skin and youthful looks, we can definitely see why. Mom is a stunner, for sure.

Can you spot mom in this lineup? Here's a hint, she's wearing a belt. But that's not the only shocking thing in this picture.
Her daughters look like teenagers, right? And she can only be around 40, right? So wrong! These women are 36, 63, and 41-years-old, respectively. Genetics...