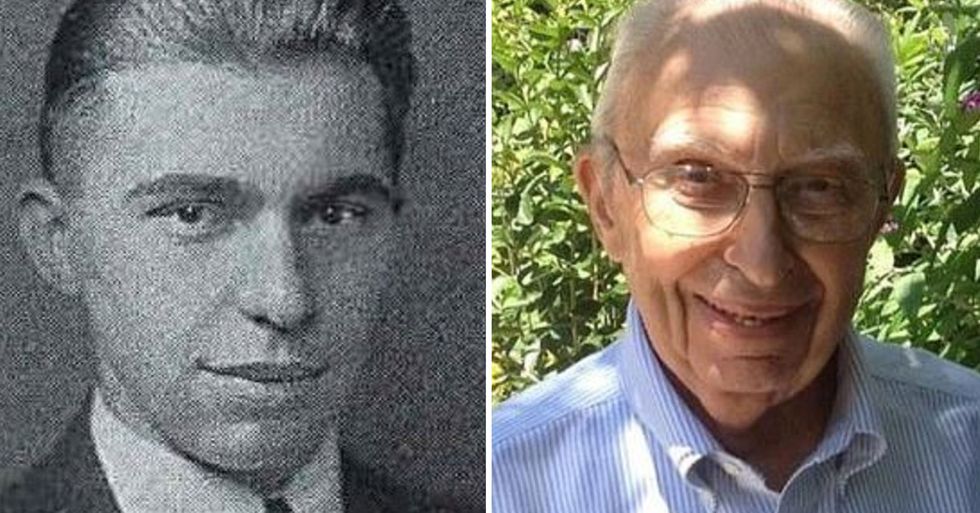 A grandfather has taken the internet by storm after miraculously beating the virus on his 107th birthday.

This isn't the only pandemic he's survived, either. Keep scrolling to read this man's incredible story...

Not only has he defied all odds by beating the ongoing medical pandemic, but he has also lived through the worst pandemic in modern history. Just to refresh your memories...

Back in 1918, decades before the current medical crisis, the world was brought to its knees.

101 years prior to this pandemic, the notorious Spanish flu ripped across the world, infecting and killing millions of people.

The origins of this deadly strain of influenza are still uncertain but, much like the current virus, it was notoriously quick to spread across the globe.

Since December 2019, the deadly virus has been spreading across the world like wildfire and it doesn't seem to be slowing down.

Much like the Spanish flu, this pandemic has caused a global panic.

According to statistics, over 3 million people have now been infected with the virus, and a further 230,390 have died.

But, with the many devastating deaths this pandemic has caused...

There are stories of hope.

And Rudi Heider's is one of those.

Rudi is a great-great-grandfather who has lived through the Spanish Flu, Great Depression, and World War II.

And battled the virus for weeks while quarantined at a nursing home in Chesterfield, Missouri.

Rudi's grandson, Matthew Heider and his wife, Janet, had recently welcomed a grandchild of their own...

And had spent the last month praying that Rudi would make a recovery, despite knowing the odds were not in their favor. "He was fighting fevers, I think he was at 102° and he had said he wanted to die...I cried,' Mathew's wife, Janet, told 11 Alive.

On Tuesday, his family received some incredible news.

Rudi had beaten the virus...

But the day was even more special for the family.

Because it was Rudi's 107th birthday!

When asked what his grandfather's "secret" was...

Matthew said: "I think a lot of it is definitely having a positive attitude and his mind is so active."

At 107, Rudi is believed to be one of the oldest people on earth to recover from the virus.