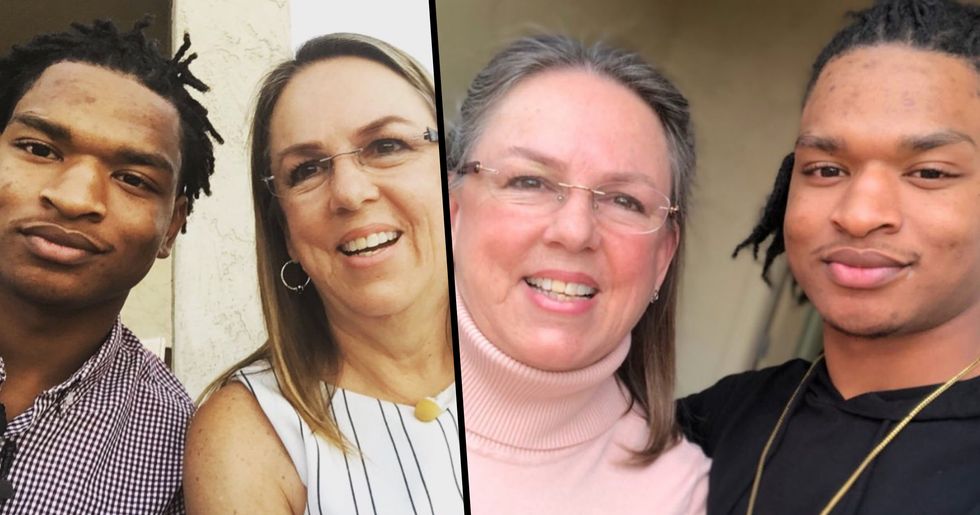 Thanksgiving is the one day of the year where we reconnect with family and friends while gorging ourselves on enough food and drink to feed a small country. It truly is a fantastic day and is beloved by many across the nation.

Keep scrolling to find out how the bizarre twist of fate happened in the first place and how they've kept up the annual tradition.

Thanksgiving is just around the corner.

The beloved national holiday is a truly wonderful day full of good food, family, and laughs.

Of course, we all know the feast is the highlight.

In 2016, during the lead up to Thanksgiving... something pretty strange happened.

You may remember that a teen went viral for a cell phone number mishap that brought him and a random grandma together for the holidays.

Is it ringing any bells?

Well, they appear to have carried on their heartwarming tradition. But first, let us refresh your memory...

The tradition began when Wanda Dench, now 62, thought she was texting her grandson to invite him to Thanksgiving.

He was accidentally added to the Thanksgiving family group chat...

Dench quite clearly got the wrong number.

Hinton then responded by asking for a photo to see if it was his own grandma behind the text.

But he was left shocked when the picture that came in was of a woman with blonde hair and glasses - not Jamal's grandma.

Yep, quite clearly not his grandma.

"[You're] not my grandma," Jamal replied with a laughing emoji.

And of course, he then returned the favor...

Hinton from Phoenix, Arizona, sent back a selfie to let her know he was not her grandson.

But, despite not knowing each other, Hinton didn't want to pass up the thanksgiving offering.

So, he asked if he could stop by for dinner anyway.

Hinton tweeted out the conversation where it went insanely viral to the tune of more than 215,000 retweets.

People loved Dench's promise that Hinton could still come around for Thanksgiving dinner because "that's what grandmas do... feed every one." And although Dench changed her phone number after receiving a flood of messages from people amused by the exchange, Hinton kept in touch with the family following the initial texts.

And on Thanksgiving, Grandma kept her end of the deal.

Dench said Hinton had indeed come over for Thanksgiving dinner, making the drive to Mesa, Arizona, and that it was destiny that the two meet.

The pair still meet up for Thanksgiving.

In fact, they've done it every year since their group chat mishap.

And every year, Twitter is blessed with a photo of Hinton and Dench enjoying Thanksgiving together.

And it was pretty heartwarming, to say the least. Dench explained in the video that she grew up in the military - her father was in the Navy and her husband was also in the Army. "We moved around a lot so I was always going to new places. And so strangers were not strangers to me," she explained. "Family is more than blood, it's the people you want to be with."

As this year's Thanksgiving rolls around...

It seems the pair are showing no signs of breaking their tradition.

Tomorrow, Hinton and Dench will get together to celebrate Thanksgiving.

The pair will be celebrating the holiday at Hinton's girlfriend, Mikaela's, Aunt Tauna's house.

Hinton says he "feels great" that their wholesome tradition has continued in the years since they first met.

"[Wanda] is a really good person," Hinton explained to Good Morning America. "I really enjoy the time I spend with her."

We're sure Twitter is eagerly awaiting this year's picture...

We'll be keeping an eye out tomorrow! Keep scrolling for some more hilarious text exchanges.