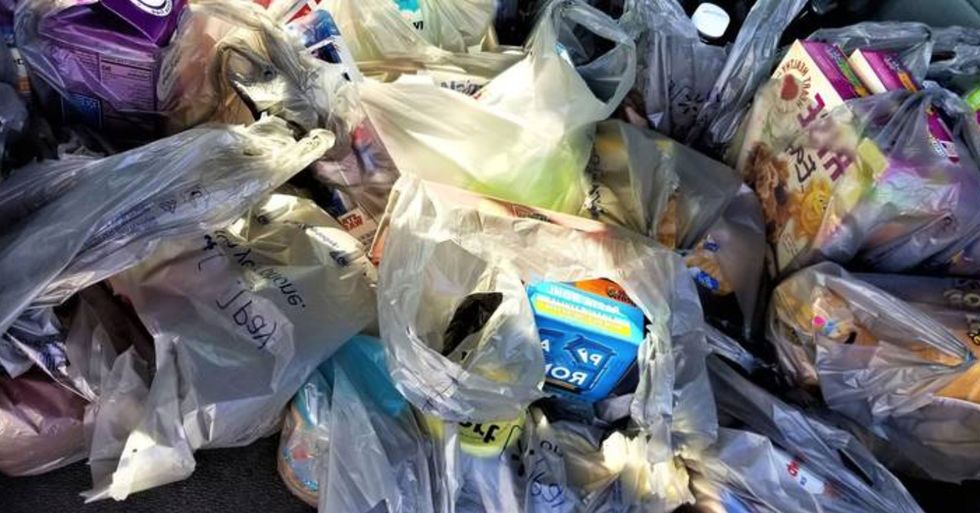 A woman has come under fire this week for allegedly stealing food from a lunch program designed to help kids in need.

The reactions are shocking...

And President Trump declared a national emergency to combat the pandemic, freeing up $50 billion in federal funding and promising a screening website and drive-by tests.

Scenes at the Clearwater Beach in Florida, back in March, showed a lot of people completely disregarding these global warnings.

By doing this we can hopefully delay and prevent catching and spreading the deadly virus. Flatten the curve, as they are all telling us.

And people are struggling not only mentally, but financially.

Many families are struggling for money during the lockdown.

But help is available...

And many schemes have been set up to help ease the stress of families, in particular, parents.

The woman, who is anonymous, has been spilling the tea on her mother-in-law - who supposedly stole from a local school free meal scheme.

In her post, the she explains that her children's school district has been distributing free food to kids who need it.

"The child doesn’t need to be there to pick it up, no identification required either," she explained, adding that she personally thinks the program is "amazing."

"My husband is considered an essential worker and he has been working 12-14 hour days," the woman continued. "Our car isn’t running right now, so between him working and our car not running, I cannot go to the meal pick-up days. Which is fine, we have enough for our three children."

This is where her mother-in-law comes in...

When she went to drop off some mail, her mother-in-law decided to confess this. "She just told me she got meals for nine kids," the woman explained. "NINE."

Of course, she might have been dropping them off to the less fortunate...

But sadly, she had other plans.

Her mother-in-law planned to keep the meals for herself.

Yep, really. Apparently it is so she doesn't have to go to the store for breakfast, lunch, or snacks.

How did she get the free meals, you ask?

By claiming they were for her grandkids. "I’m just blown away," the woman wrote. "I don’t even think there is anything I can do about this since they don’t ask for ID and it’s being given away for free. And she is so proud of herself for doing it, too."

Many Reddit users agreed. "That’s so [expletive] up," one person wrote, "for some kids that’s the only food they get!"

Others hailed her "disgusting" for stealing the meals.

"I’d shame her on Facebook," someone else said. "I’m sure there are other people scamming the system but this is disgusting." For more positive news, keep scrolling to watch the moment residents in NYC lovingly belt out "New York New York"...