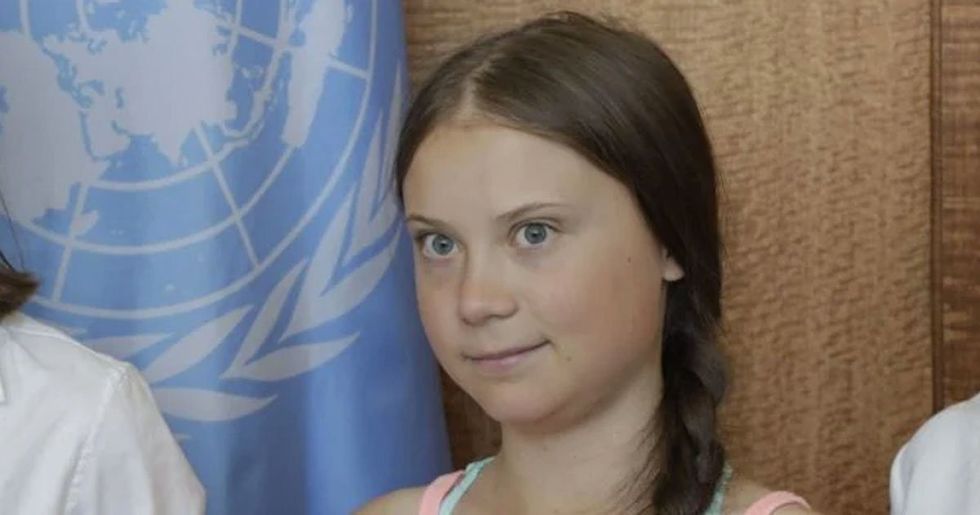 It seems that when the climate-change activist, Greta Thunberg, isn't out shouting at world leaders, hanging out with Leonardo DiCaprio, or riding bikes with Arnold Schwarzenegger, she is traveling back in time.

Yep, the latest internet rumor is that the Swedish teenager is actually a time-traveler. I think I've had enough of the internet for one day...

A 120-year-old photograph has recently gone viral after it apparently pictures the youngster herself, working at a gold mine.  Conspiracy theorists are convinced that it's solid evidence of her apparent time-travel, while others aren't so convinced.

Keep scrolling for the full details, and to see the spooky photo itself...

While a little over a year ago, the name "Greta Thunberg" was relatively unknown, now, hers is the first name that springs to mind when you think of the climate change movement.

Fast-forward to now, Thunberg continues to hold governments accountable during her powerful talks, which have seen her nominated for a Nobel Peace Prize and placed in TIME's top one-hundred influential people in the world list.

She has attracted the attention of millions of people across the globe...

And has subsequently become one of the most talked-about people of the year.

But now, Greta is in the headlines for an entirely new, and rather unexpected reason...

Some conspiracy theorists have come up with a rather interesting theory about the teenager.

People now believe that the teenager is a time-traveler. Apparently.

An ancient photo has been unearthed which apparently shows the teenager hard at work with 3 other children.

It doesn't sound too out of the ordinary, right?

Well, the strange part about it, is that the photograph is estimated to have been taken in 1898... Meaning it dates back a staggering 120 years.

The picture was discovered in the photo archives at the University of Washington...

And the uncanniness of the child is simply mind-blowing.

Here is the photograph in question.

3 children are seen working hard at, what is believed to be, a gold mine in the Yukon Territory in Canada.

The child on the bottom left looks awfully familiar, doesn't she?

The conspiracy theorists have been going crazy...

Maybe she is from the future who was sent back in time to key moments in history to stop climate change 🤯😂 https://t.co/FH0TFlCvKm
— Kelly Edwards (@Kelly Edwards)1574169383.0

With one social media user commenting, "What it is, right, is that actually she's a time traveler, and she's come to warn us about the future. It's the only explanation."

But, despite the overwhelming belief in time-travel...

Others aren't too convinced, and simply believe that it's a photoshop job, with one user writing, "That has to be photoshopped surely, they’re identical."

As for the truth? We may never find out...